Enjoy yourself with a night of bald absurdity 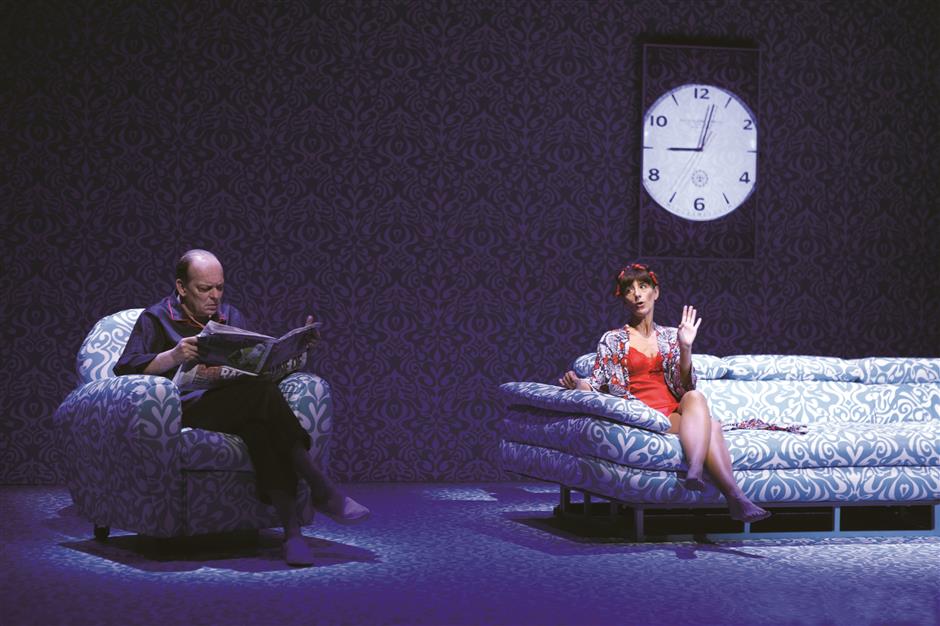 First performed in France in 1950, “The Bald Soprano” is coming to Shanghai this weekend.

Written by Eugène Ionesco, the monumental absurd play is inspired by English textbooks which are composed of odd short sentences, creating a crazy dialogue.

The original name of the play was “English Text Book” and its current name comes from a comedian’s mistake in the first rehearsal because he forgot his words and said “la cantatrice chauve,” or “bald soprano.”

Ionesco took the opportunity to make a mockery of conformity and redefined the contemporary drama in this play.

Director Pierre Pradinas uses a slightly funny way of directing, which tends to make people laugh until they cry from beginning to end.

The play also marks theater troupe Le Chapeau Rouge’s first visit to Shanghai. Founded in 1978 in Avignon by a group of actors including Catherine Frot, Yann Collette and Thierry Gimenez, the troupe was named after the road which accommodates the theater.

From 2015 to 2018, the troupe has presented “Uncle Vania” by Tchekhov, “The Bald Soprano” by Eugène Ionesco and “The Occupation” by Annie Ernaux both at home and abroad.