Slowing growth at the box office in China hasn’t dimmed the enthusiasm of filmmakers participating in the 22nd Shanghai International Film Festival. They remain dedicated to expanding the industry by delivering quality entertainment that resonates with audiences.

“In 2018, even though the industry’s growth was slowing down, cinematic aesthetics were improving, content was more firmly rooted in culture, and amazing new filmmakers emerged,” said Chen Xuguang, chief editor of the 2018 China Film Bluebook.

“Realistic films are going strong,” he added. “Creativity, quality and content are playing more important roles in a movie’s box office. Still, there is a lot of room for improvement and development.”

The bluebook chose “Dying to Survive” as the most influential Chinese film last year.

Directed by Wen Muye in his feature film debut, the comedy-drama is based on the true story of Lu Yong, a leukemia patient who smuggled cheap, unproven drugs from India to try to help 1,000 Chinese cancer sufferers.

This year’s first domestic big-budget sci-fi epic “The Wandering Earth” broke the record for one-week gross receipts and scored an average 8 out of 10 points on movie review sites. It has become the second-highest grossing Chinese movie.

That is the exception. 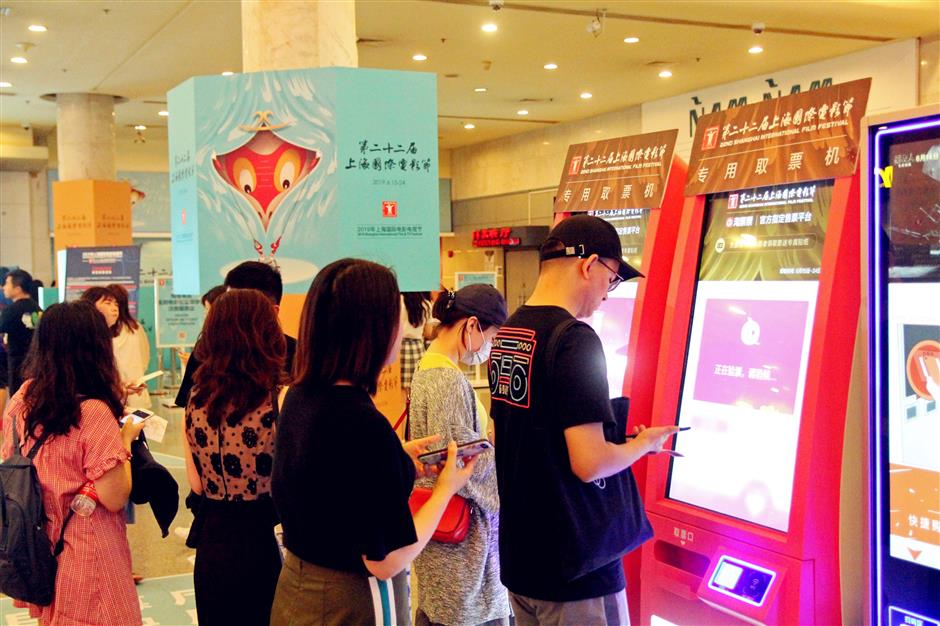 In the first five months of this year, ticket revenue and numbers of moviegoers have declined for the first time since 2011, according to online ticket platform Maoyan. Still, China remains on track to overtake the US box office next year, according to recent projections from PricewaterhouseCoopers.

“Our market is more vibrant than that of North America,” said Jerry Ye, vice president of Huayi Brothers Media Corp. “The core group of those who watch movies in theaters is the same as those who watch movies online. In the United States, they are two different groups. In China, it can be a powerful market force.”

Many people still love going to cinemas because it’s an outing, a social activity and the chance to see a film on a big screen. Older people, especially, have grown up with the idea of “going to the movies” as part of their lifestyle.

Many in the film industry call the current slowdown a “winter chill.”

“But it is a warm spring for creativity in cinema,” Yu added. “Chinese movies have achieved breakthroughs in terms of quality, expansion into new genres and the increased social influence of movies. In such challenging times, we need a lot of very good movies to attract audiences.”

Some in the industry say a slowdown was inevitable after such intense growth in recent years.

“In previous years, the industry was expanding so rapidly that many filmmakers were head over heels about it,” said Shanghai Film Group Chairman Ren Zhonglun. “Everyone wanted to grab a piece in the market, and that wasn’t exactly healthy.”

He added: “It’s time for filmmakers to calm down, stop obsessing about surpassing the US market and turn their focus from high box office receipts to high-quality productions. We need to analyze successes and find out how to continue them.”

Many filmmakers at the festival said there is no longer much difference between China and Hollywood in terms of the latest industry technology. What China needs to do, they said, is create an ecosystem to coordinate more efficiently the different elements of filmmaking — such as technology, talent recruitment and funding.

Wanda Film Group President Zeng Maojun attributes the current slowdown to the maturing of the industry.

“For most Chinese film series, the first movie was peak,” he explained. “Then casts changed from the original in sequels, and scripts grew worse. We have to make better movie series to forge ahead.”

Huayi’s Ye noted one high spot — the emergence of local content in movies.

“A peak in box office occurs only when excellent domestic movies are screening,” he said. “Many Chinese movies have tested the depth of the market with one breakthrough in the box office for a single film every year. It shouldn’t take long for a Chinese movie to gross more than US$1 billion. The potential of this market is still large.”

The current highest grossing Chinese movie was “Wolf Warrior 2” in 2017, taking in US$874 million.

Yu said Chinese filmmakers still have a lot to learn in areas such as cinematic language. They need to study not only Hollywood movies, but also mature movie industries around the world, he said.