The French comedy “Au Bonheur des Vivants" (To the Happiness of the Living) will bring joy to local theatergoers at the shipyard-turned 1862 Theater on August 7, 9 and 10.

Two lovers, 14 daydreams, 250 complaints, 520 arguments, 1001 breakups and one French kiss. All these absurd, crazy and humorous plots happen in the 75-minute show, which won the Arte/SACD award at Festival d’Avignon in 2012.

The comedy is presented by the French mime duet Les Ames Nocturnes consisting of Cecile Roussat and Julien Lubek. They play a weird, grumpy but loving couple.

With tousled hair and messy make-up, the woman in an oversized shirt is emotional, sometimes mad, and rude, sometimes elegant and attractive.

The man, with very obvious dark circles under his eyes, is unpredictable and flexible. 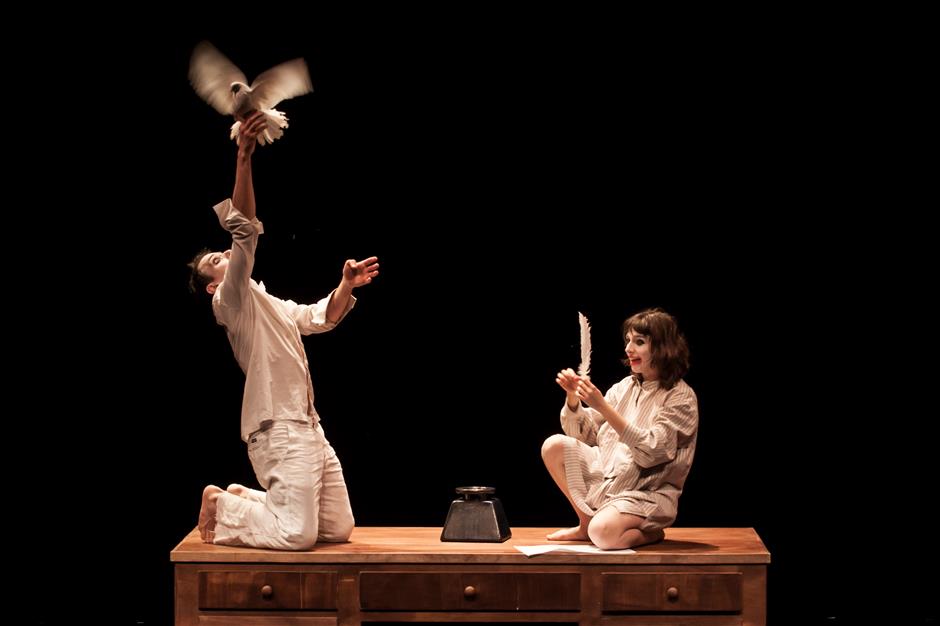 Combining comedy with magic, the performance is a visual shock.

The props are “alive” — they can “move” by themselves, and the body of a character — hands, legs and even the head — are separated and then recombined. The comedy allows audiences to experience a different reality filled with absurd and wacky situations.

The stage, costume and lighting are all designed by the duo themselves. They were taught by the mime legend Marcel Marceau.