Costantino Carrara to wow Shanghai with his musical arrangements 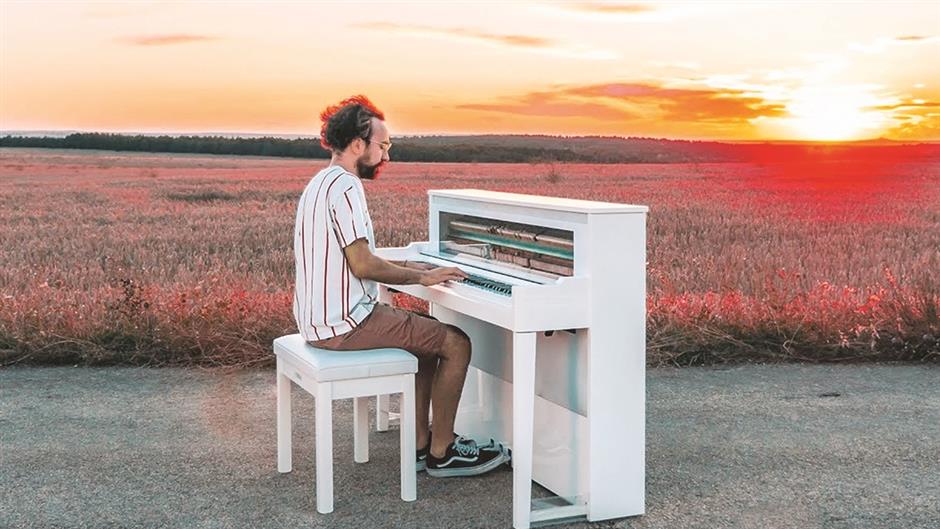 Costantino Carrara set up the WildPianos project in 2016, which aims to bring piano music to nature. In the same year, the music brand Yamaha joined the project.

Known for his popular piano arrangements uploaded on YouTube, Italian pianist and composer Costantino Carrara is coming to Shanghai to present his pop and classic crossover pieces.

Born in 1997 in Bitonto, a place nicknamed the “city of olives,” Carrara discovered his musical ability as a child after receiving a keyboard as a gift from his grandparents.

At the age of 12 he began to take piano lessons and after only a short time he decided to open his own YouTube channel.

With more than 100 million views and 700,000 subscribers, Carrara’s most viewed video of all is his arrangement of “Let Her Go” by Passenger.

Currently studying jazz piano at N. Piccinni Music Academy, the talented young musician set up the WildPianos project in 2016, which aims to bring piano music to nature. In the same year, the music brand Yamaha joined the project. The artist shot the first video in the series in the Apulian inland performing a cover of “Wherever I Go” by pop-rock band OneRepublic.

European music reviewers dubbed Carrara as “not a classical musician in strict sense but a talent who truly bridges classical music and young audience.”

With his soothing and therapeutic music, the artist will perform his arrangements of top movie and show tracks such as “La La Land Piano Medley,” “The Greatest Showman,” “Bohemian Rhapsody,” “Game of Thrones Medley” and “A Star is Born Medley.”

After a show in Hangzhou, Zhejiang Province, Carrara is bringing his innovative staple works to Shanghai.