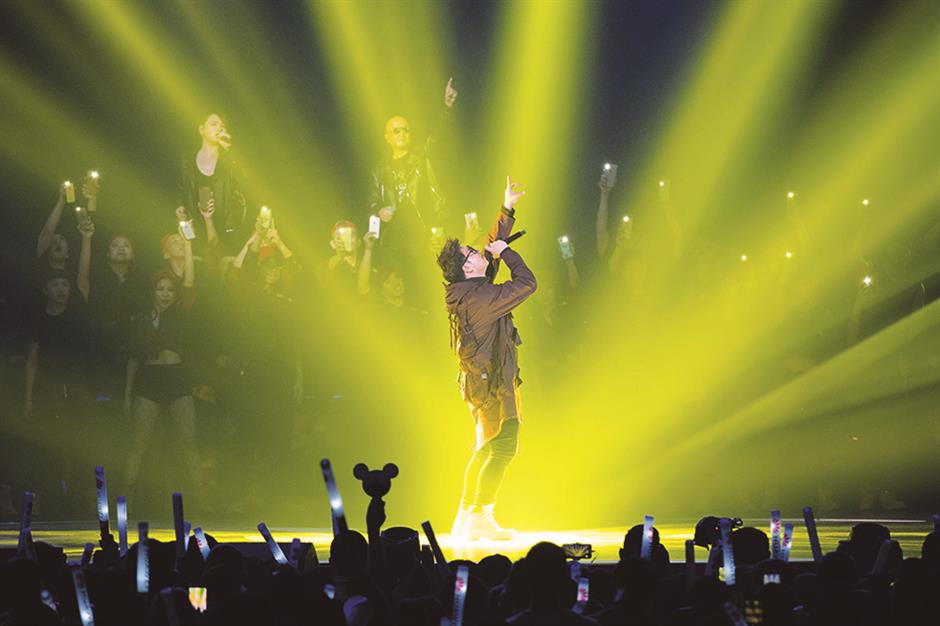 Wilber Pan, also known as Will Pan and Pan Weibo, is viewed by many as the hip-hop icon of the 1990s generation.

Mandpop singer-songwriter and actor Wilber Pan is “Coming home” to Shanghai next weekend.

The 38-year-old, from West Virginia, United States, also known as Will Pan and Pan Weibo, is viewed by many as the hip-hop icon of the 1990s generation.

The Chinese-American artist started his career as a host of Channel V program.

The album contained several snappy tracks like “By My Side,” composed by Chinese King of Pop Jay Chou, and “I’m Not Afraid.”

Pan started to gain international recognition during 2003 and 2004 with his second and third album “Pass Me the Mic” and “Wu Ha,” which served up a variety of catchy songs, such as the duet “Adoration to Happiness” with singer Angela Chang, “Letting You Go” composed by Chinese singer-songwriter Tank and “Kiss Night.”

Later, the multitalent artist released more albums including “The Expert,” “Around The World” and “Play It Cool,” featuring hit tunes like “Cannot Not Love,” “Leave With Me,” “Want To Know You” and “Who Is MVP.” The award-winning star worked with several big names in the process like JJ Lin, Su Rui, F. I. R. and Shin.

After Shanghai, Pan will visit Kunming and Beijing for a night of hip-hop and electronic melodies.