The Chinese drama “Ago” — a conversation between humans, nature and the universe — will premiere at the Theatre Above on December 9.

Featuring four acts, 75 scenes and more than 300 characters played by over 20 actors, “Ago” is written and directed by Stan Lai, who has been working on the play for 10 years. The panoramic view of the circle of life is Lai’s most ambitious artistic endeavor to date.

It tells the story of a group of people living in a small village near the Himalayas. A powerful earthquake disrupts their peaceful lives. Some of them attempt a fresh start in New York City and stay in the Lower East Side.

Unexpectedly, the September 11 attacks occur. Experiencing the death of family members and friends once again, they go on a spiritual journey to Sikkim in India. When they are standing in the base camp on Kangchenjunga, the third highest mountain in the world, they are about to have another encounter with death — an avalanche.

The play is an epic of life in all its joys and tears, through which the audience can reflect on some eternal themes such as humanity, time, destiny and the relationship between humans and nature.

“The piece was not made of concrete elements, rather, it was created through an image,” said Lai.

Invited by his alma mater the University of California, Berkeley, Lai completed the composition of the play, which was performed by students in English at Berkeley in April.

The play stars Hao Lei, who takes on the role of an owner of a noodle shop. Zhang Jie also known as Jason Zhang, a pop singer, makes his drama debut.

He plays Dorje who chants stories about life and the pure land.

The play will also offer the audience a unique theatrical experience.

The seating arrangement, “Lotus Pond,” is based on the theater set-up of Lai’s other epic “A Dream Like A Dream.” It allows the audience to rotate their seats 360 degrees to view the play from different angles.

There will be two “ponds” this time. The creative stage was designed by Sandra Woodall.

The tickets for “Ago” are on sale now at www.theatreabove.com. 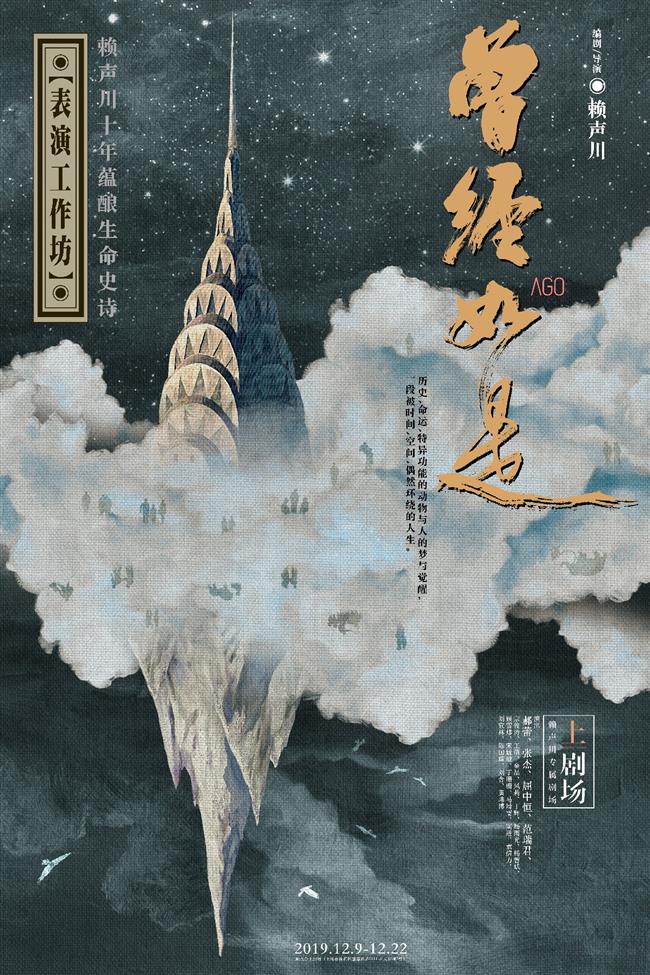