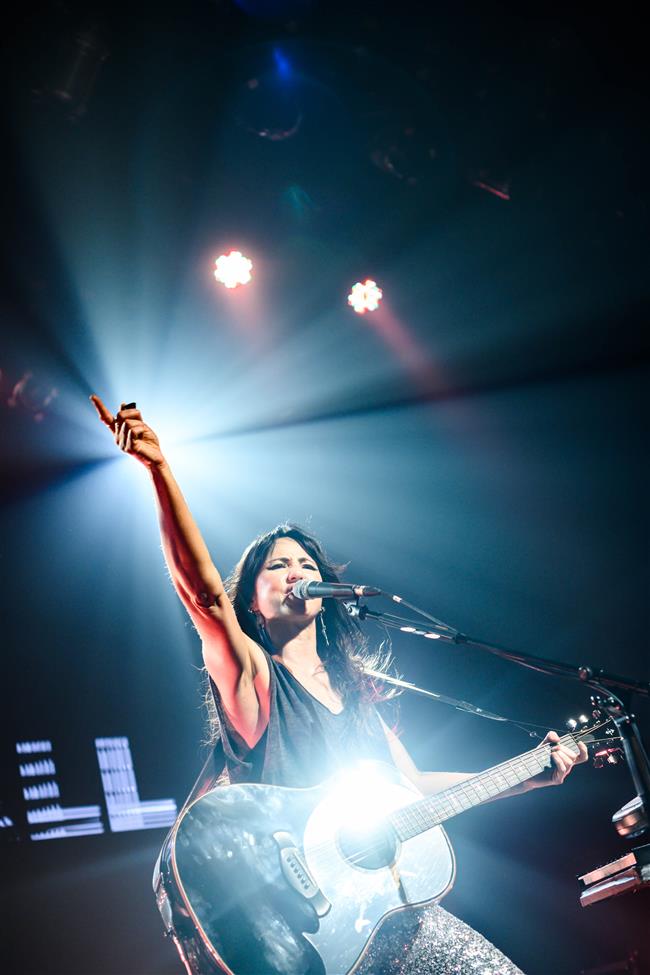 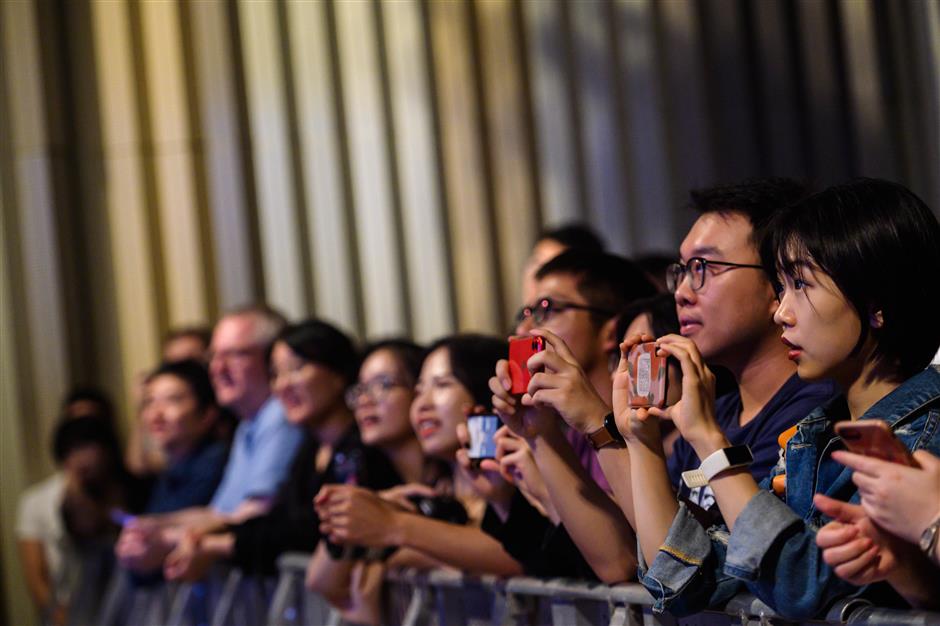 “It took me so long to get here, but here I am,” is the climax lyrics of the namesake song of KT Tunstall’s album “KIN.”

It took Tunstall 15 years to become a successful musician, five to six years to rescue herself after her world had been rocked to its foundations and 44 years to stage her first ever headline show in China.

These were long journeys, but Tunstall, a singer, songwriter, guitarist and 25 percent Chinese, finally performed a solo acoustic show at Shanghai’s Bandai Namco on September 27.

In front of an audience of several nationalities, Tunstall sang hits from her latest album “WAX” as well as golden oldies with a loop pedal and guitars.

She decided to become a musician at the age of 15 and learned classical instruments such as the piano and flute.

“So I was, thought maybe I would do acting. But when I got to 15, I was like, I don’t want a script and someone telling me what to say or where to go, and I just want to be myself. And I want to write the words,” said Tunstall.

In 2004 after a performance on “Later … with Jools Holland,” a well-respected, popular BBC music show in the UK, the Edinburgh-born Scot realized she had finally made it, at 29.

“As a new musician, this is like the Olympic gold medal — if you can get on that show,” Tunstall said. “My boss said, ‘Oh, you should play that Woohoo song (“Black Horse and the Cherry Tree”). Trust me.’

“I’d been listening a lot to old blues music. A lot of the themes in blues music is like a crossroad. You get to a place in your life when you have to make a big decision. Will I go with the devil or with the angel? You have to decide what you gonna do. So that’s what that song was about.

“And it was just really me learning how to use this loop. I was not even thinking about the lyrics, I was just la-la-la-la-ba-la-la-da-la, just singing. And I wrote them down. And then I did the show. And it just went crazy, like everybody loved this looping. And you know, my life changed after that show.”

A job as a musician took up all of Tunstall’s twenties. She had little money, no new clothes, no holidays and no fancy meals in restaurants. But she felt it was worth the long time wait for success. 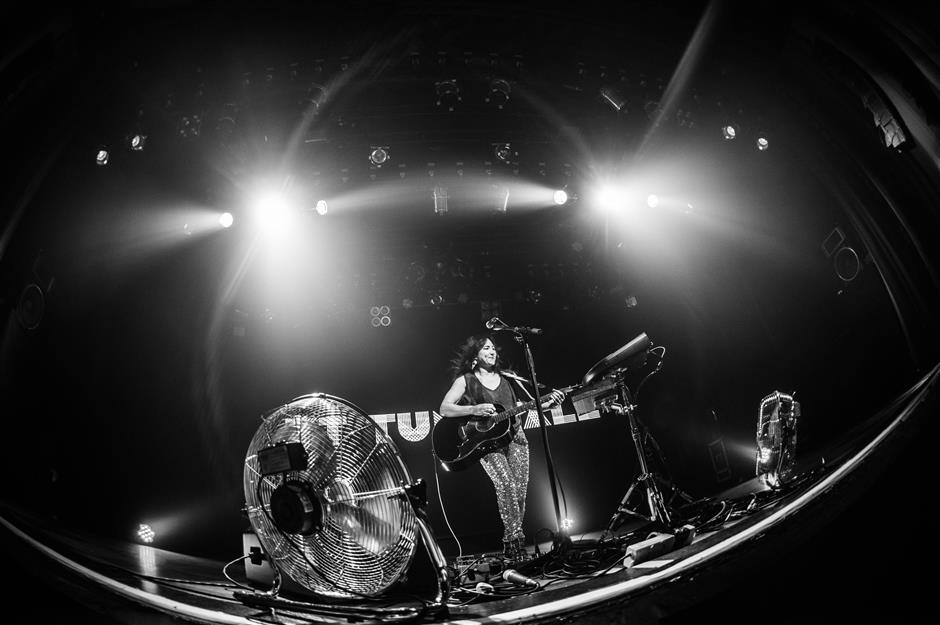 Tunstall moved to Los Angeles from London in 2014. Prior to her LA relocation, the Ivor Novello winning, multi-million selling, Grammy-and-Mercury-nominated artist had gone through a divorce and the loss of her father from 2012 to 2013. Her 2016 record “KIN” and 2018 record “WAX” are reflections upon that experience.

“If you are just happy all the time, it’s nice. But you don’t really grow very much. So you need the difficulties to grow. It’s like muscle training.

“And I really wanted to make the next record (‘WAX’), about electric guitar, and quite aggressive, quite rock, and for me, that really felt like the body, and physical.

“In urban, rap and pop music, there is a lot of brilliant women: Beyonce, Tayor Swift, Cardi B, so many women who are right at the top, selling the most records, but with rock music, not so much,” Tunstall said. “There is a saying, ‘If you can’t see it, you can’t be it.’ To be able to see, you know, a little girl to see an older woman being a rock star, that means, ‘Oh, I can be a rock star.’ But if it’s all guys, you are like, ‘Oh, that’s for guys.’ You know, it’s much more difficult to make a leap if it is a different gender, I think, to see something that you want to do.”

A big Chinese fan once went to one of Tunstall’s shows in America and asked her why she hadn’t been to China. Then he showed the singer her first album, the Chinese release, and it said, “KT is one quarter Chinese” on the record.

“The Shanghai tour means a great deal for me. I hope it’s the beginning of a really great relationship with coming and playing in China,” said Tunstall.

“I always knew from being a baby that I was 25 percent Chinese. But I was adopted. My adopted parents are very nice people and I grew up in Scotland.”

Tunstall was 23 when she found her biological mother. She told her about her Chinese heritage and her grandmother who was called Mimi and from Hong Kong, and her birth mother had grown up in Hong Kong until she was 2 years old. The nature and nurture ideas are always interesting for Tunstall.

No one in her adopted family is musical. But from an early age, she knew she wanted to play music and sing.

“My adopted parents, they worked really hard. My dad was a physicist, and my mother was a school teacher. They were open to me trying different things because they didn’t know what was natural for me. They have very strong work ethic. They told me if you work as hard as you can, then it’s probable that you will succeed,” said Tunstall.

“Ten years was a long time, you know, after I had a degree and left college. A lot of people would have given up, I think, but I carried on.”