What do people usually do at a table? Eat, drink, talk, write. But for Polish ensemble Karbido, a table can be much more than a piece of furniture.

The one-hour performance “The Table” presented by the avant-garde band offers an improvised composition, sound experiments and even some drama. A table made of maple wood has been transformed into a potent musical instrument capable of playing everything from ethereal percussion and jazz to heavy metal.

The four musicians, occupying the table's four sides and representing directions on the compass, use strings, bows, coins, wine glasses and fists to produce an exciting and innovative performance. 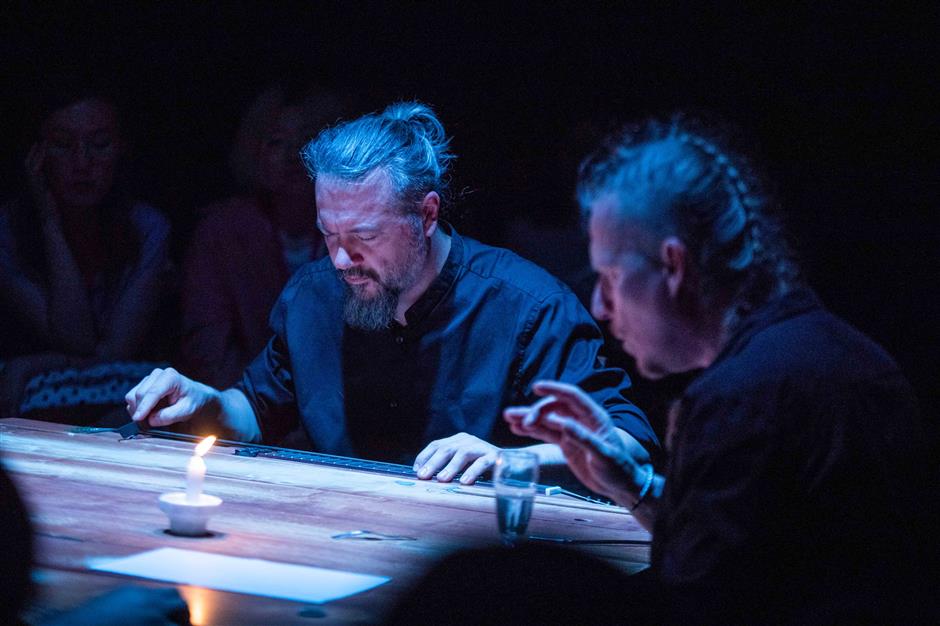 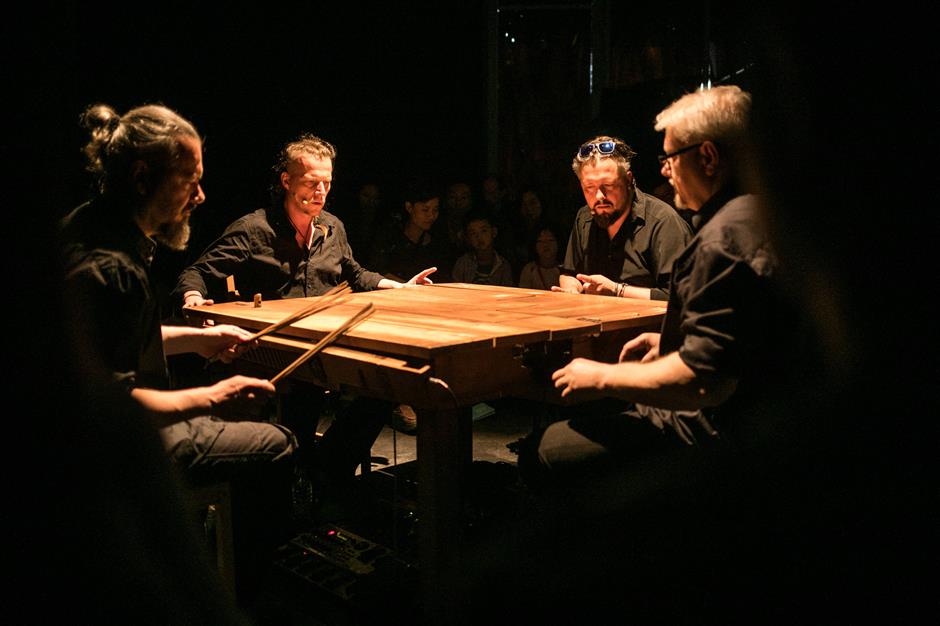 As a major recommendation of Shanghai Grand Theater’s inaugural International Theater Season, "The Table" is being staged at its 200-seat studio theater.

In the “east,” music referring to Zen culture meets Polish folk song. Dynamic rhythms of the “south” invoke the culture of South America and the Antipodes. “West” is an energetic collage of industrial and rocky music. “North” dissolves all the acoustics at North Pole amidst the wind, ice and whales.

As a major recommendation of Shanghai Grand Theater’s inaugural International Theater Season, the performance is being staged at its 200-seat studio theater from Thursday to Sunday. The opening show on Thursday marked the 500th performance of “The Table.”

The performers describe themselves as “sound hunters,” who are able to play with sound and create experimental productions.