The documentary series "Between the Sea and Shore" debuted in Shanghai on Monday to raise awareness about protecting the world's oceans and sea turtles.

The three-episode documentary, each episode running 25 minutes, is directed by Andrew Wegst and stars Eddie Peng. It was shot in three continents, with filming stops in China, Costa Rica, Ecuador, Malaysia, Indonesia and the Philippines.

The series focuses on the life cycle of sea turtles as well as the challenges and threats confronting the species.

There are seven living species of sea turtles, and the wild sea turtle population is shrinking rapidly due to human activity, climate change, plus illegal trading and hunting.

Sea turtles are listed as endangered by the Convention on International Trade in Endangered Species of Wild Fauna and Flora and the International Union for Conservation of Nature.

"Pollution, human activity and the development of marine tourism have affected the ecology of oceans, leading to a sharp shrinkage in the number of sea turtles," said Li Yanliang, director of the China Sea Turtle Conservation Alliance. "The nesting areas of sea turtles is also shrinking significantly."

The alliance has hosted a number of sea turtle release activities since its establishment last year.

Sea turtles are listed as a second-class nationally protected animal in China. The documentary will be screened on Youku at yearend. 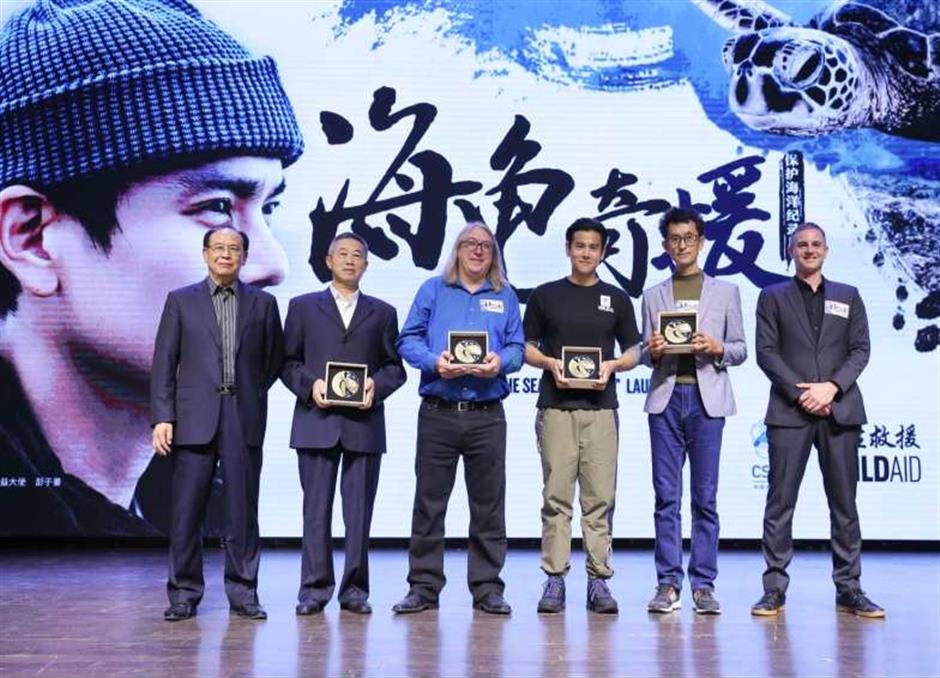 The team behind the documentary, including actor Eddie Peng (third from right)