The avant-garde tap dance show “OSCiLLATE” is being staged at Shanghai Grand Theater.

Choreographed by British artists Avalon Rathgeb and Dre Torres and presented by Old Kent Road tap dance troupe, “OSCiLLATE” premiered at London’s Sadler’s Wells Theatre in 2018. It was then performed at the Latitude Music Festival, London Tap Dance Intensive and 2018 Edinburgh Fringe Festival. It reached Shanghai audiences for the first time in May during its Asian debut during the 2019 Xintiandi Festival.

The show explores human interaction and communication through dancers and effects of sound and light. The creators hope to show the audience that tap dance is not only about entertainment, but can also displays emotions and concepts like misunderstanding, confusion, fear, compassion, acceptance, resolution and equality.

As part of Shanghai Grand Theater’s inaugural International Theater Season, the performance is being staged at its 200-seat studio theater till Sunday. If the dancers are in the mood at the end of the show, they will interact with the audience by teaching them a simple piece of tap dance. 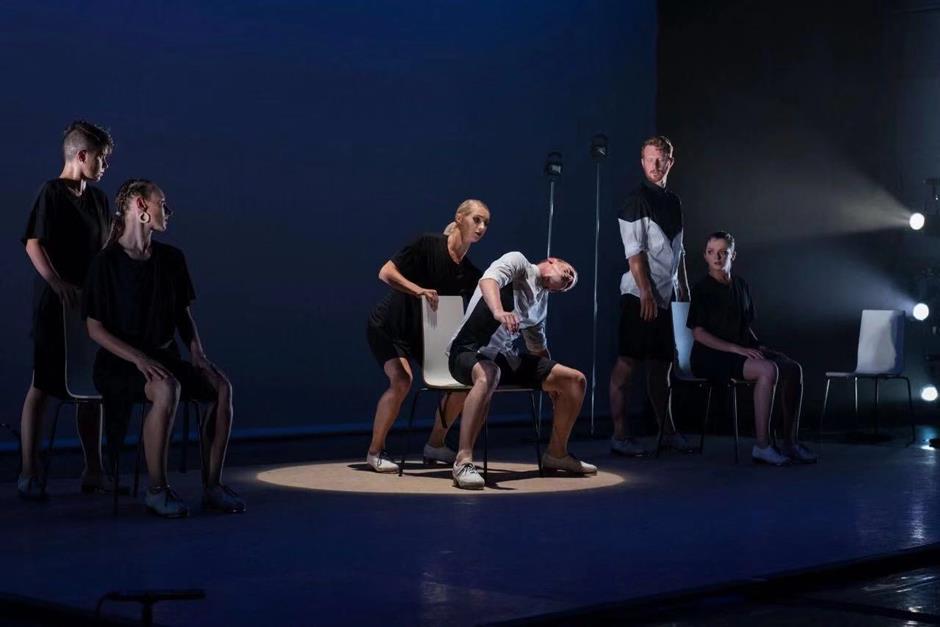 The show explores human interaction and communication through dancers and effects of sound and light.