The realistic drama, now airing on Dragon TV, pays tribute to the 70th anniversary of the founding of the People’s Republic of China.

It stars Tong Dawei and Jiang Xin who play a couple of the country’s early electric locomotive engineers. At a period without much technological support from foreign countries, they devoted their lives to designing and producing China’s own high-speed electric trains.

Many viewers consider it a sincere TV production that records the passage of time and the dreams of the youth and passion of the nation’s elder generation.

It is the country’s first TV drama that points its lens at the history of the domestic electric locomotive industry.

Netizen Shirley speaks highly of the drama’s break from stereotypes about traditional heroes and scientists in many former Chinese dramas.

“The actors display impressive, humorous acting which shortens young viewers’ psychological distance with the period of 1960s,” she said on the Chinese film and TV review website Douban.

Actress Jiang Xin’s performance in the drama has amazed many people for her vivid portrayal of a forthright retired soldier. It is quite different from her role of the capricious “Consort Hua” in the hit TV drama “Empresses in the Palace.”

Ahead of shooting, Jiang spent much time talking with locomotive engineers to learn more about their profession. She even studied how to drive a train.

Jiang also cut her hair short to depict the role. In her eyes, it fulfilled her dream of portraying a soldier.

“The character and I have a lot in common, especially the way we get along with our friends,” she said.

The engineers’ never-yielding spirit for the “Chinese speed” also impressed Jiang. Her grandfather and several uncles are railway workers and they gave her some acting advice for the role.

Jiang’s acting career began as a child star. In 1991, she starred in her first drama, a story about a Chinese folk singer when she was only 8 years old.

In 2003, she rose to fame from the costume drama “Demi-Gods and Semi-Devils,” based on a marital arts novel by Louis Cha, widely known by his pen name Jin Yong.

Her depiction of a stressed but peacockish white-collar worker in the 2016 urban drama “Ode to Joy” was also praised. It won her a nomination for the Best Actress award at the 23rd Shanghai TV Festival. 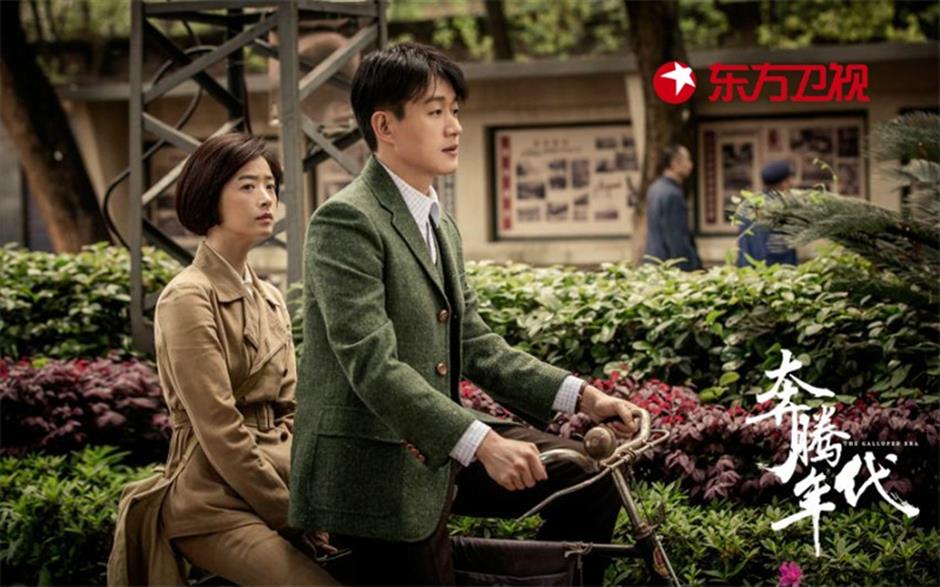 The 46-episode Chinese drama “The Galloped Era” points its lens at the history of the domestic electric locomotive industry.