Coldrain Shanghai gig is hot and not wet

Claire sits on a live concert hall balcony seat. On the balustrade in front of the 20-something is a lonely pair of crutches. She broke a leg a few days ago. But that doesn’t prevent her from head-banging with the rest of the audience.

“I am a rock fan, and rock music often releases my stress,” Claire said. “For me, it’s better to experience rock ‘n’ roll live than listen to a tape recording.”

Below her the stage is about to be kindled, and the audience is boiling. A set of drums bathing in blue light and curling mist waits in the center for its player to beat a rhythm.

As the background music intensifies, Katsuma the drummer, Y.K.C the guitarist, RxYxO the bass player and Sugi the rhythm guitarist enter the stage one-by-one, followed by vocalist Masato. It is Japanese heavy rock band coldrain, and this is their first ever Shanghai show.

“When we were figuring out our band name, we tried to use the simplest English words, but still make it sound kind of cool. So we took ‘Cold’ and ‘Rain,’ and connected them together, because we wanted a name that you will think about a color. We really like the color blue,” said Masato.

The band was founded in the Japanese industrial city of Nagoya in 2007 by former members of AVER and Wheel of Life.

“Me and Katsuma were in one band, and the other three were in another band. They are four years older than us. So they were like big brothers in our local rock scene. We used to go and watch them play like fans. The band we were in was more like a high school band. So when we realized we wanted to be professional, we talked to them and said, ‘Let’s become one band.’ We actually broke up their band. A lot of drama,” Masato said. 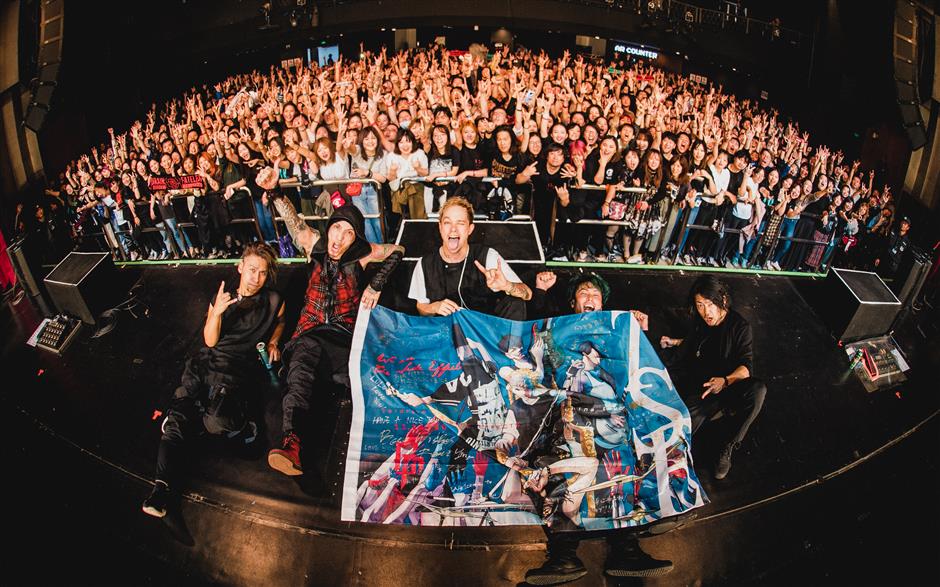 As the background music intensifies, Katsuma the drummer, Y.K.C the guitarist, RxYxO the bass player and Sugi the rhythm guitarist enter the stage one-by-one, followed by vocalist Masato. It is Japanese heavy rock band coldrain, and this is their first ever Shanghai show. 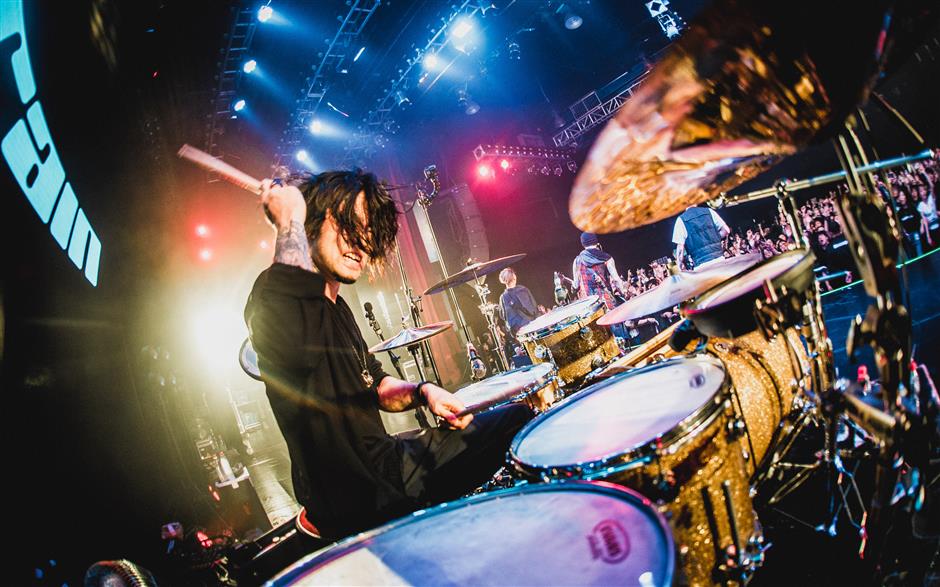 Kastuma the drum player promotes coldrain’s Shanghai live performance to a climax with his band members.

The band perform several hit songs from a 12-year back catalogue, including “Envy,” “Feed the Fire,” “January 1st” and “Confession.”

Over the past 12 years the band members have respected each other’s opinions and found a way to express how they felt about the group’s direction.

“We were always on the same page,” said the lead singer, who has a Japanese father and American mother. “And we never feel like we’ve reached a peak.”

The Japanese band sings its songs in English.

“My role in the band, I think, is to add color to the prime music. The guys make the structure and the base of the music. I’m the last person to decorate it. Maybe what I am saying is not right. I actually write a lot of music. I play the guitar and what I do is to add a personal touch to the music,” said Y.K.C.

The drummer Kastuma injects excitement into the band’s performances.

“I play the drums and sit behind all the guys. I sort of get the beat for the band and add thrust and emotions to the music that we create together. My instrument is something that doesn’t require electricity, so it depends on me to create the emotional aspects we are trying to create,” said Kastuma.

“I create the rhythm and beat that you can sort of ride on, because without a beat and a rhythm your body isn’t going to naturally move to it. The bass I play is really to connect all the different elements of the music. You know, when you go to a good live show, there is always a good bass player,” RxYxO said. 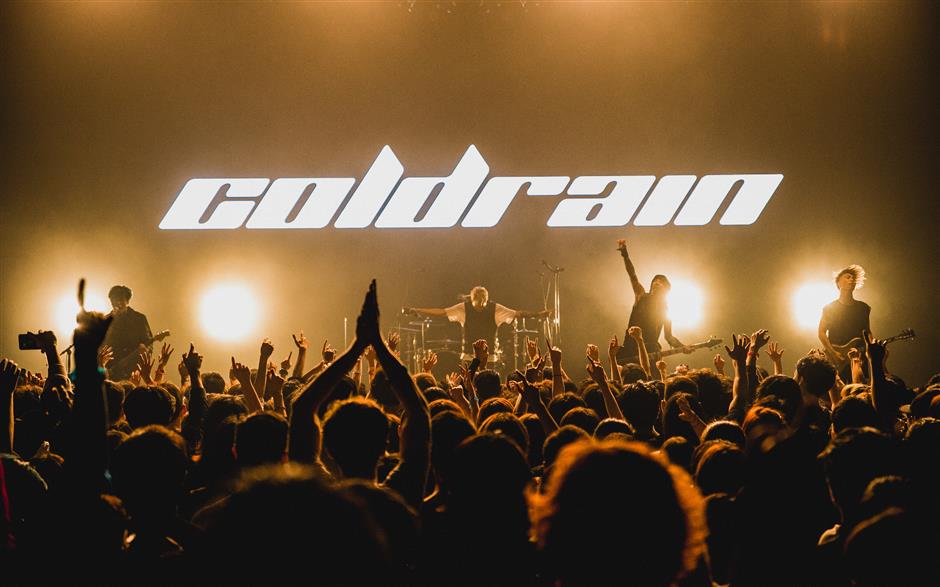 Coldrain perform several hit songs from a 12-year back catalogue, including “Envy,” “Feed the Fire,” “January 1st” and “Confession.”

“I’m a backing guitarist, and when you think about a great rock band you definitely need a really cool guitarist. What I am doing is playing the kind of guitar music that instantly moves you and makes you want to scream. The way I see it, is that a great band always has a great singer and a really cool guitarist, and that’s the part I play,” said Sugi, who is a fan of American rock band Skid Row.

Coldrain released “THE SIDE EFFECTS,” their sixth full-length album and second on the Warner Music Japan label, on August 28. The new album has introduced them to a global audience.

The audience go wild and the band’s Shanghai performance can be rightly hailed as a success.

“A lot of people like going to a rock show so they can let go,” Masato said.

“Heavy music is a genre that people slowly and gradually begin to understand. Rock has had a totally different history in Japan than it has had in places like America and Europe. I think it’s still in the baby stages of Japanese rock history and it’s cool for us to be in a place where we’ve still found people who don’t know the style of the music and don’t know what kind of show they’re going to get. It’s really cool to see it evolve inside the country and I think a lot of people just want a good time and it’s the perfect kind of music to do that.” 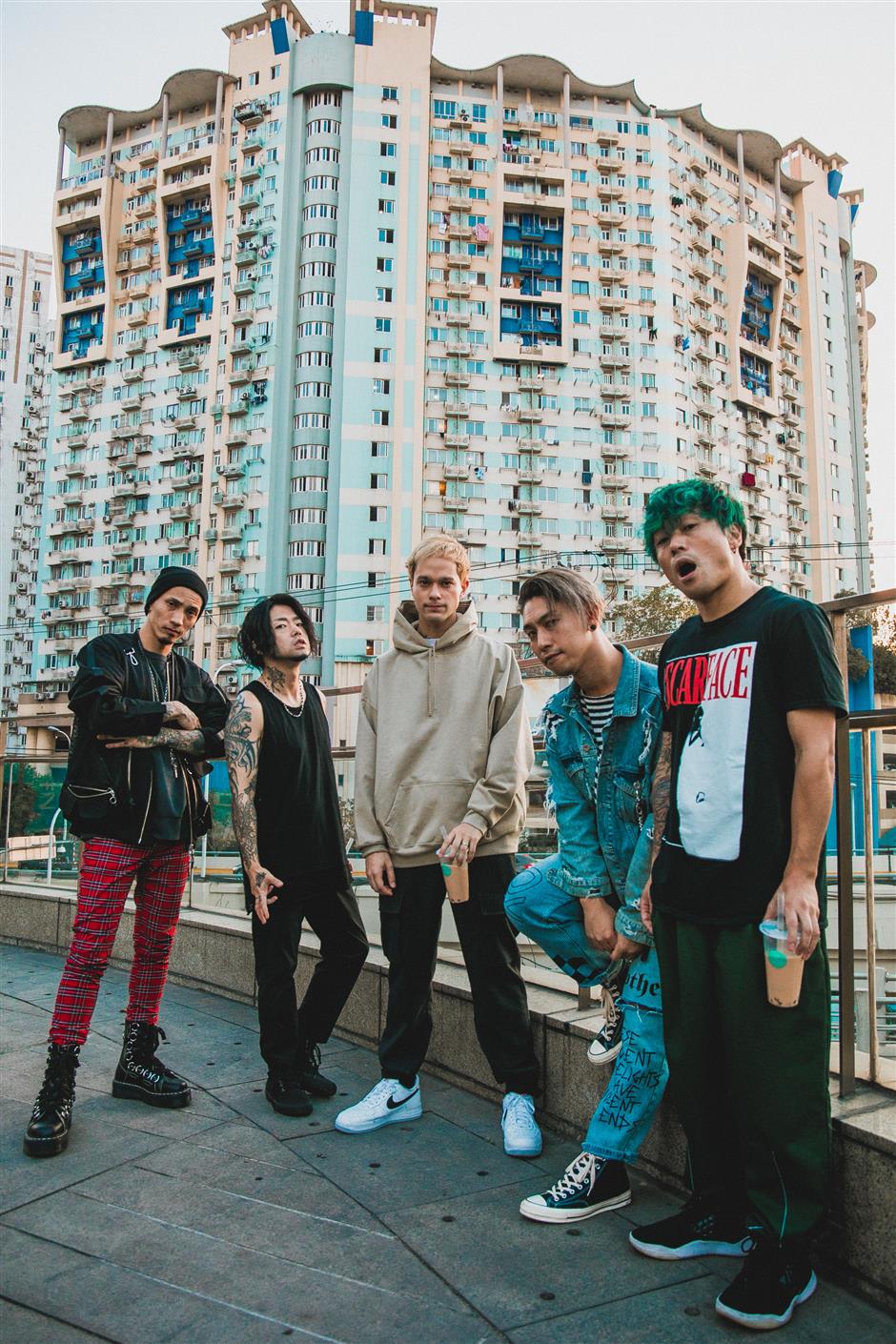 Claire stands up, supported by her pair of crutches.

The girl beams a satisfied smile after enjoying the audio and visual feast. She opens the door of the VIP room and disappears into the throbbing fresh night air, floats on the atmosphere of an electric evening. It almost seems she has forgotten her injuries.