An unmarried 19-year-old herdswoman on the grasslands of Inner Mongolia raised 28 orphans from Shanghai in the early 1960s until adoptive parents could eventually be found.

The woman, named Duguimaa, is now 77. The story of her compassion more than a half century ago came to light when the long-forgotten history of more than 3,000 Shanghai orphans was unearthed. The story has now been made into a movie called “Song of Love.”

The film, which premiered on Thursday around China, recounts the touching relationship between city children and nomadic mothers in the Inner Mongolia Autonomous Region — their experiences living in a yurt, traveling on horseback and adapting to what was an alien culture to them. 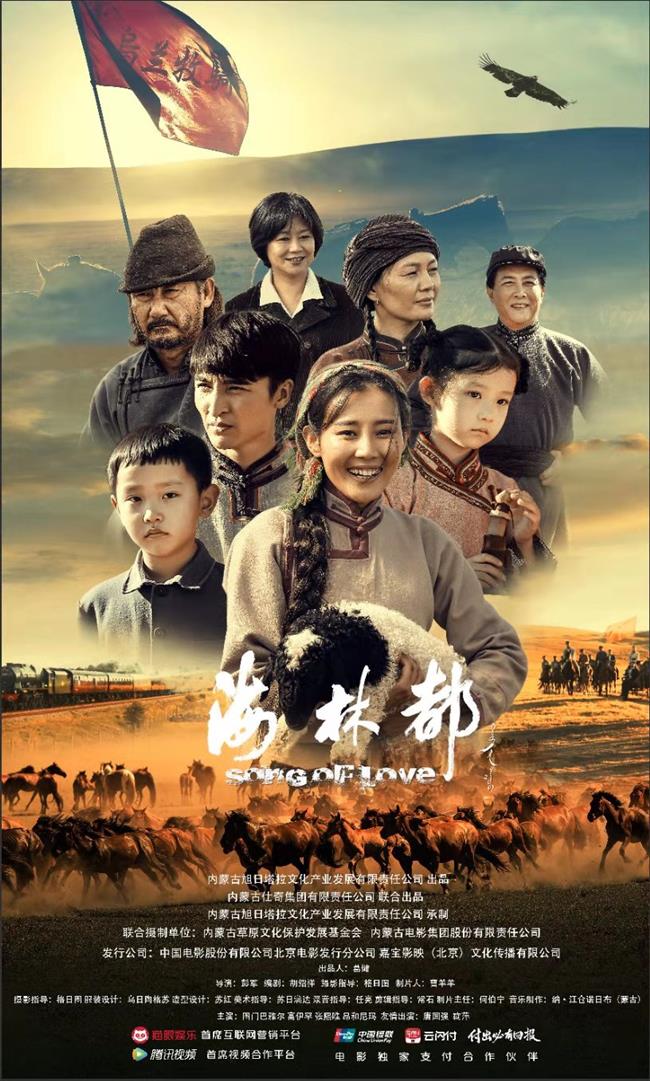 “Song of Love” follows two orphans, who are abandoned by their natural parents and adopted by new “mothers” in Inner Mongolia.

Earlier this year, Duguimaa was nominated for one of China’s top national titles of honor.

“I had no idea about this history before Duguimaa was awarded the honor,” Hu Shaoxiang, the movie’s screenwriter, told Shanghai Daily at its pre-screening in the city. “And I had never been to Inner Mongolia before.”

His subsequent trip there was an eye-opener.

“I was entranced by the unique culture, music and lifestyle when I went to interview the mothers and orphans for the movie,” he explained. “Duguimaa did something extraordinary. It reflected the ‘atypical love’ of women there in general. They care for sheep and cattle like their own kids every day, and show natural maternal affection for children even when meeting them for the first time.”

In the early 1960s, China was suffering from natural disasters and food shortages. Many parents from the eastern provinces of Zhejiang and Jiangsu deposited children they couldn’t feed at the gates of orphanages in Shanghai, hoping they would be cared for.

The burden was heavy for a city that also was suffering food shortages. Then Premier Zhou Enlai sought assistance from Ulanhu, chairman of Inner Mongolia, to get more milk powder for the orphans. Instead, Ulanhu offered to take the children themselves. By 1963, some 3,000 orphans were sent to Inner Mongolia.

Hu interviewed dozens of Mongolian mothers, including Duguimaa, and Shanghai orphans to get a first-hand account of what happened. The majority of the orphans, were later adopted by local Mongolian families and still live there. Now in their 50s and 60s, they show little trace of their origins. Hu turned their stories into the screenplay for “Song of Love.”

The movie follows two orphans — Nanfang and Tongya — who are abandoned by their natural parents and suffer from malnutrition. Transported to such a totally different environment, they gradually adapt to the vast grasslands and come to love the music, culture and people.

Their new “mothers” include Arruna, a young single woman, and an old granny who has never lost her maternal instincts.

“The character of Arruna is based on Duguimaa — a young unmarried girl suddenly caring for very young children,” Hu said. “Many other characters and details in the movie are based on true accounts, too.”

Hu said he was particularly impressed by the story of a music-loving local teacher who was severely criticized during the “cultural revolution” (1966-76). The teacher became seriously ill and committed suicide so that his adopted son wouldn’t have to bear the burden of caring for him.

The music in the film and its many horseback scenes were a highlight for audiences.

“The story and the theme are somewhat mainstream, but the opening sequence of the vast grassland and horses captured me right away,” said Wang Suhan, after watching the film with friends from Inner Mongolia. “It’s a bit like watching a Chinese version of an American Western, with the connections between human beings, between human and animals, and between humans and nature.”

He added: “It also helped me to know my friends better. They grew up in a very different lifestyle, and seeing that in detail on the silver screen was impressive.”

Hu recreates his story with a key character in the movie. A music-loving doctor teaches Nanfang how to play the morin khuur, or horsehead fiddle, which figures prominently in Mongolian indigenous music.

In the movie, the doctor commits suicide, leaving a note that expresses his faith in music.

“Remember, we Mongolians cannot go without music,” Hu sums up the farewell note. “The soul of music lies in the sea of flowers on the grassy plains, in the pure white sheep herds and in mothers’ fragrant milk tea. Music helps you get through the sufferings of life and learn to forgive. Rainy days fade away, and the sun also rises.”

Music in the movie complements the unique customs of local people. It is embodied in the shape of the horsehead fiddle and in a performing troupe that Arruna and her young lover belong to. The troupe of about 10 travels around the steppes with songs and dances.

The group is patterned on Wulan Muqi, or Red Buds — which was the first “art troupe on horseback,” founded in 1957. It was intended to entertain and to deliver messages through music to nomadic Inner Mongolian residents who often lived far from neighbors.

“Life there is very different now,” Hu said. “Few really live in yurts anymore. Many herd animal stock on motorbikes and spend their weekends in the city. But artistic troupes are still there and going strong. They perform at festivals and travel to passionate fans in remote places.” 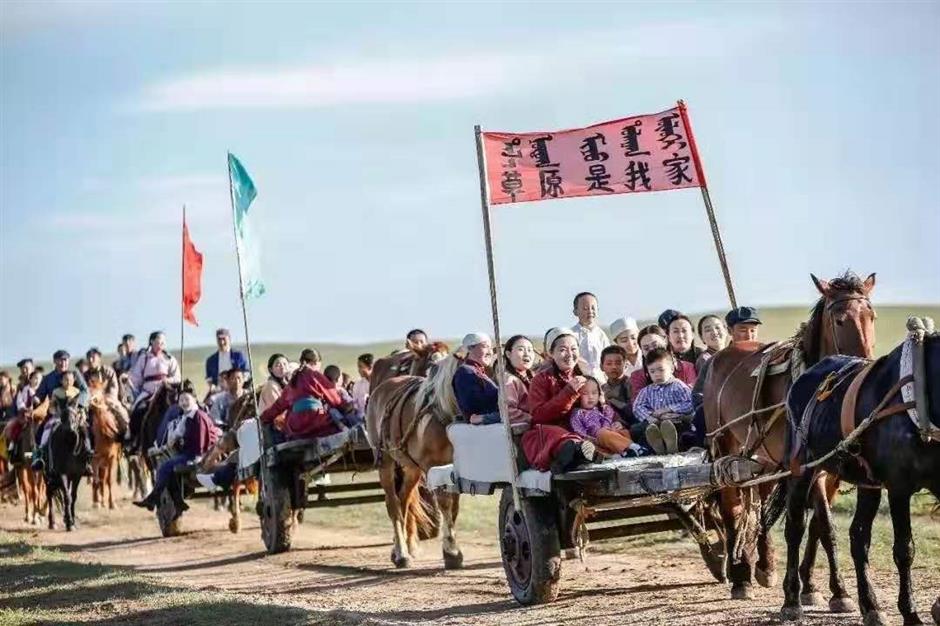 A paean to yurt dwellers in Inner Mongolia who welcomed Shanghai orphans into their homes and gave them a rich cultural life.