Chinese cinemagoers have a bumper month of highly anticipated movies to watch during the festive period.

By the end of November, China’s box office had already exceeded 59 billion yuan (US$8.4 billion), almost reaching last year’s box office revenue of 60.9 billion yuan. And, with new movies slated for Christmas and New Year release, a new record is expected to set for 2019.

Around 50 movies from home and abroad will be presented, covering the diverse genres of comedy, sci-fi, romance and suspense.

Starring Hu Ge and Liao Fan, the film tells a story about the self-redemption of a wanted man. The movie takes you on a rollercoaster adventure, which also unveils the destiny of ordinary people and the truth about love and humanity.

The film, starring Brad Pitt, Tommy Lee Jones and Liv Tyler, follows an astronaut who tries to find his missing father in space.

On his journey to the Moon, Mars and Neptune, he is aware that the Solar System is under the threat of a dangerous experiment. The film was entered at this year’s Venice International Film Festival.

“Downton Abbey” will hit cinemas across China on December 13.

Based on the popular romantic British period drama, the film gathers the full, original cast, including Michelle Dockery, Maggie Smith and Hugh Bonneville.

The screenplay is written by Julian Fellowes, who created the original drama.

The film has already made US$180 million at the global box office.

With more lavish scenes and exquisite costumes, the cinematic extension of the TV series records the unprecedented challenge to the Crawley family, thanks to an official state visit by King George V and Queen Mary in 1927.

The film conveys the power of family connection and the diversity of humanity. It also portrays the growth of Lady Mary and Lady Edith, and the sisters’ mutual understanding and compromise.

Director Dong Runnian presents the sci-fi fantasy “Gone With the Light” on December 13. A strange light takes many people in love away from the Earth. Their separated partners then have to face up to life without them and learn the true nature of themselves and love.

Dong said the film was inspired by his own imagination and wondered what if the tranquility of people’s lives and the rules of society were, all of a sudden, broken.

On December 20, “IP Man 4,” the final installment of Wilson Yip’s popular martial arts franchise, will hit cinemas across the country.

Kung fu star Donnie Yen told fans the film series has witnessed the growth and breakthrough of his career over the past 10 years. He revealed it will be his last kung fu movie.

Based on the life of Wing Chun grandmaster IP Man, the film follows his experience in San Francisco, where he and his student Bruce Lee surprise the local martial arts community with Chinese kung fu. Several scenes pay tribute to the revered martial artist and actor Bruce Lee who died at an age of 32.

The fight scenes in the movie were designed by award-winning martial arts choreographer Yuen Woo-ping. The audience will be amazed at the combat between Wing Chun, Tai Chi and Karate.

Filmmaker Feng Xiaogang will present “Only Cloud Knows,” which is a movie based on a friend of Feng.

The film tells the touching story of a middle-aged man who embarks on a journey to fulfill his wife’s last wishes.

Malaysian director Quah Boon-lip will screen his crime film “Sheep Without A Shepherd” on December 20.

Set in a small Thailand town, the film is centered on a father who tries to protect his family after a confrontation with local cops. It is a remake of the Indian film “Drishyam.”

Quah’s short flick “The Free Man” was nominated in The Oscars Live Action Shorts Category in 2015. The talented director has superb skills in cinematography.

With the help and company of pets, people of different ages learn to love and cherish what they already have.

“Begin, Again,” also out on December 31, points the lens at the difficult and inspiring lives of urban white-collar workers who leave their hometown to pursue a dream.

Compared to movies released in the same period last year, most of the homegrown films have a strong realistic flavor and feature ordinary people.

Film industry insiders have noted that blockbuster movies are not always the preferred choice of Chinese movie buffs. Productions with original stories always resonate in the hearts of viewers who like to see an “underdog” or “dark horse” triumph over adversity. 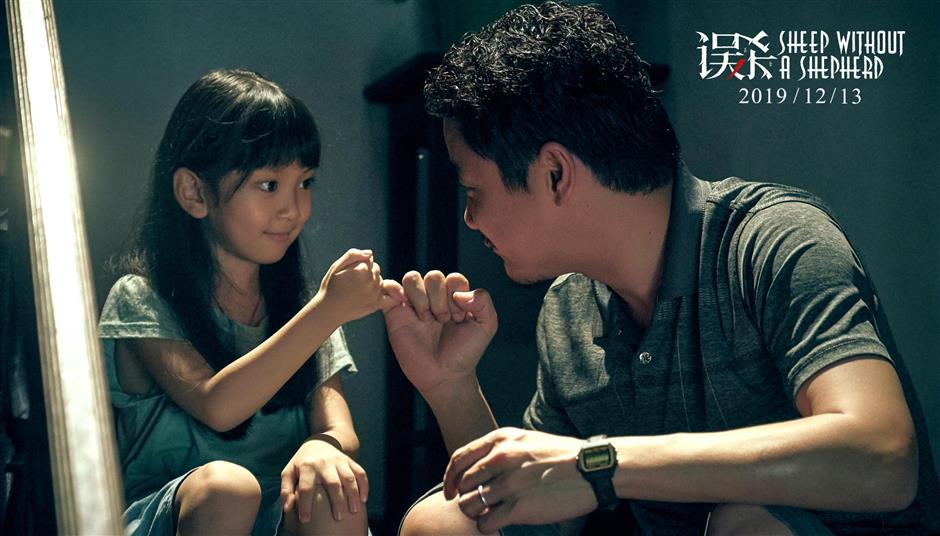 “Sheep Without A Shepherd” 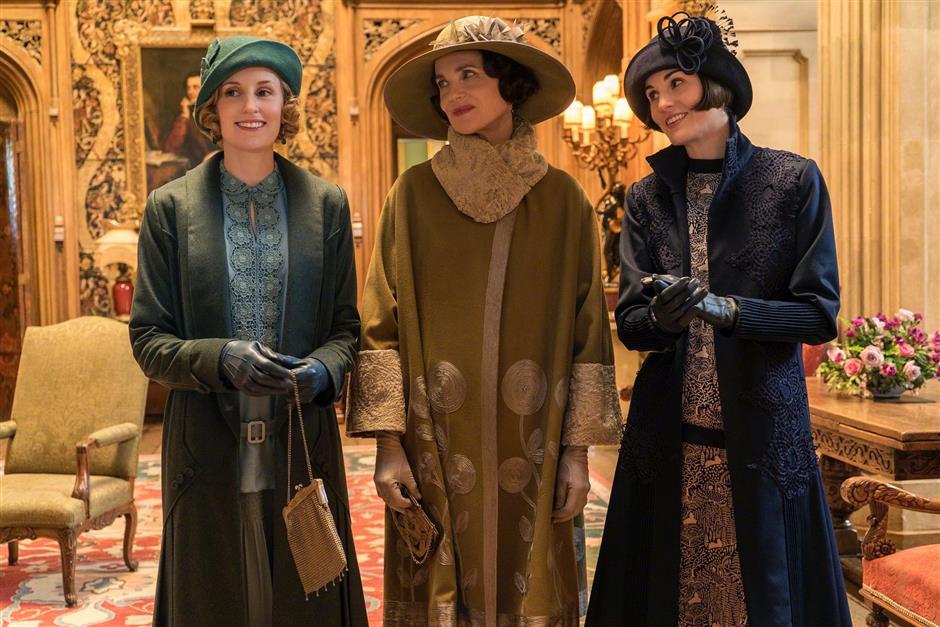 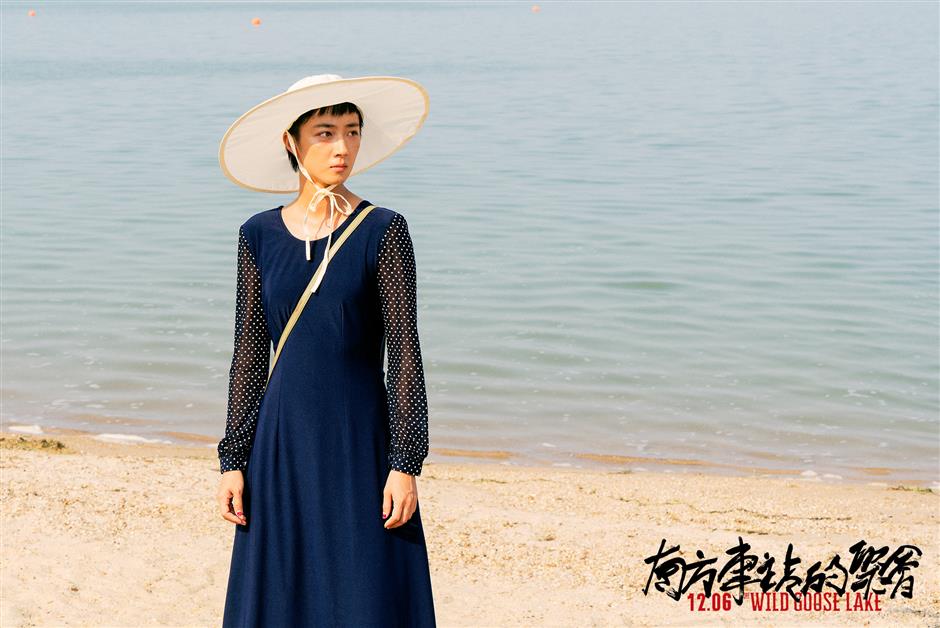 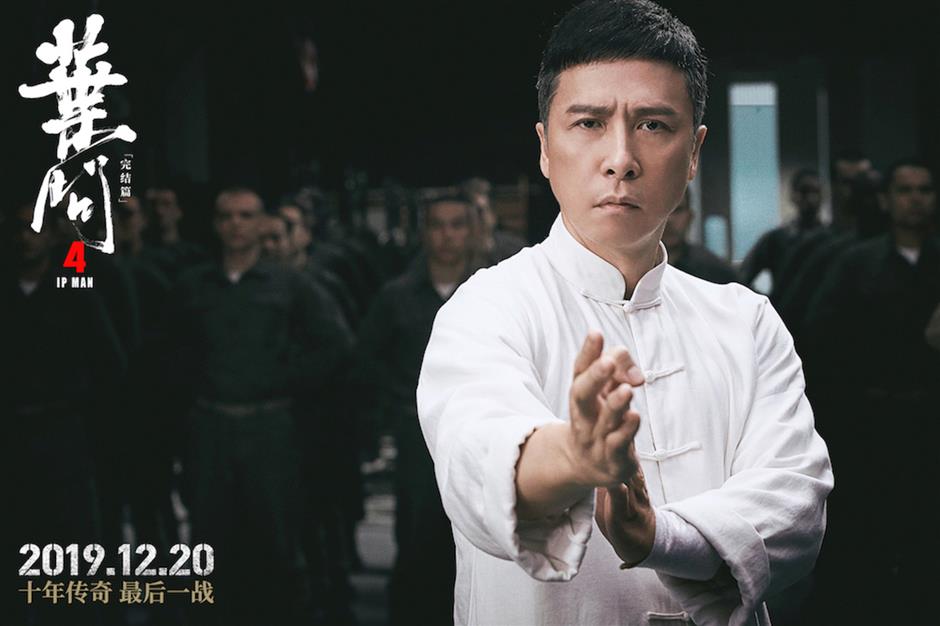 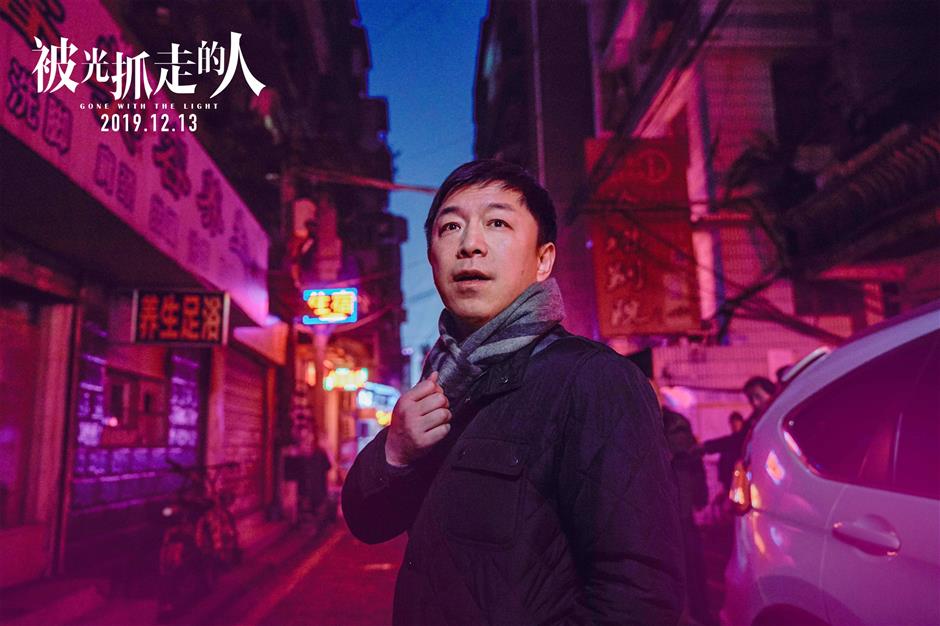 “Gone With the Light”