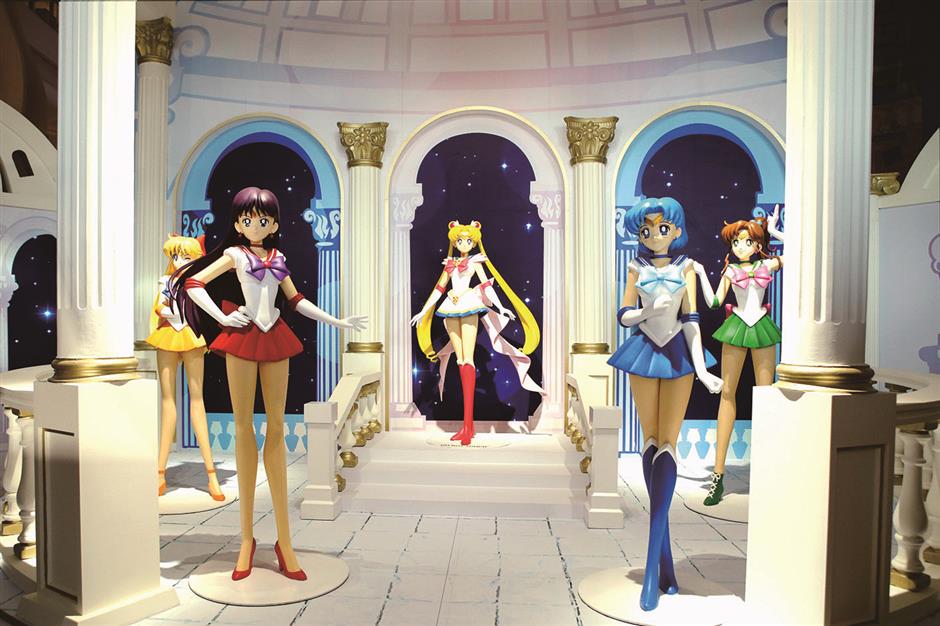 Sailor Moon, written and illustrated by Naoko Takeuchi, was originally serialized on Nakayoshi, a monthly manga magazine, from 1991 to 1997.

This Christmas, Sailor Moon, a Japanese manga series, brings a 14-meter-high crystal Christmas tree and an immersive exhibition to Joy City in Jing’an District, which runs until February next year.

Sailor Moon, written and illustrated by Naoko Takeuchi, was originally serialized on Nakayoshi, a monthly manga magazine, from 1991 to 1997.

The series follows the adventures of a schoolgirl named Usagi Tsukino as she transforms into Sailor Moon to search for a magical artifact, the Phantom Silver Crystal.

She leads a diverse group of comrades, the Sailor Soldiers, as they battle against villains to prevent the theft of the silver crystal and the destruction of the Solar System.

The exhibition has eight sections, featuring augmented reality technology and leading the guests to explore the Solar System with the five Sailor Soldiers.

At the gift shop, they can get official products, such as costumes, toys, cosmetics and the limited edition perfume — “Neo Queen Serenity” and “Black Lady.”

Afternoon tea and light refreshments can be enjoyed after the fun and frolics, surrounded by Sailor Moon characters.

Nonetheless, there is plenty of time for all to visit this unique space while learning more about their favorite characters.