Nightwish gothic blend of rock to hit the city 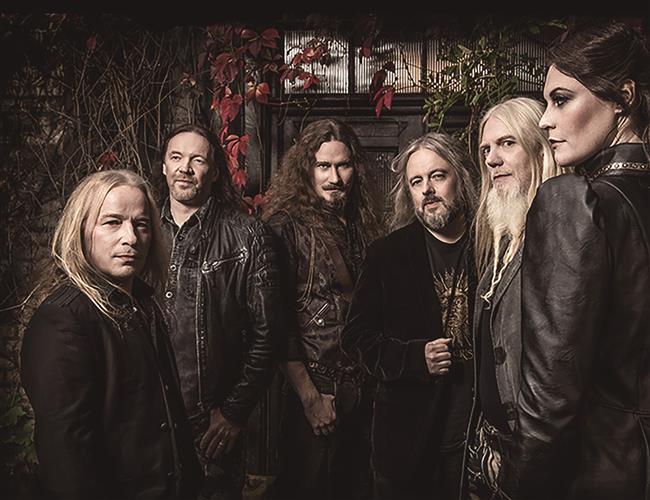 Having sold more than 9 million records and scooping more than 60 awards, Nightwish is widely known as the king of symphonic metal.

Finnish national treasure Nightwish is back on the road again.

The influential symphonic gothic metal outfit was founded in 1996 based on the band’s common interest to create their own original product.

Nightwish went through several changes since they formed but now Floor Jansen is in charge of singing duties. The rest of the band is made up of Emppu Vuorinen, who plays lead guitar, Tumoas Holopainen on keyboard, bass guitarist and backup vocalist Marco Hietala, drummer Kai Hahto, and Troy Donockley, who tackles the uilleann pipes.

Having sold more than 9 million records and scooping more than 60 awards, the band is widely known as the king of symphonic metal. Nightwish is also affectionately known to its Chinese fans as the “Harry Potter of the Music World,” because the band’s music has a phantasm element to it.

The disc marked the band’s second full-length effort with the Dutch singer Jansen, who has been touring with the group since 2012. The 38-year-old vocalist revealed Nightwish’s latest album was musically challenging to the band but in no way did it compromise the essence of the group’s sound.

“I do things that I didn’t think I could do. When the first ideas came in, I was like, ‘eh, okay, I need to study this,” she said.

Confronted by difficulties among other issues, Nightwish never gave up on what they believed in and became more passionate and preserved. To find that essence they went back to Finland for inspiration.

After their shows in Guangzhou, Shanghai and Beijing, Nightwish will head to Santiago and kick off Latin America Tour 2020.