The Shanghai Film Distribution and Exhibition Association and the Shanghai Charity Foundation are launching a movie-viewing program for the visually impaired on Chinese New Year’s Day.

Starting January 25, visually impaired audiences can watch “Lost in Russia,” the city’s first movie with a special narration channel, at 50 cinemas around the city.

All of the cinemas will offer wireless earphones and special facilities to help people with visual and hearing difficulties enjoy movies with their friends and family just like normal audiences.

The program will also gather filmmakers and technical professionals, including directors Zheng Dasheng and Stanley Tong and movie technology expert Zhu Jue, who will provide audio aids for the production.

In the future, the initiative is expected to be promoted in the main cities of the Yangtze River Delta region.

As early as 2008, Shanghai began to offer barrier-free movie-viewing opportunities to the visually impaired. But at that time, the screenings mostly relied on interpreters or a commentator who would simultaneously explain the movie on site. The lack of professionals and expertise in this area also hampered the spread of the initiative.

Xu Zheng, director and actor of “Lost in Russia,” is also an initiator of the program. He said big strides have been made because advances in technology and public awareness have enabled the program to be feasible.

During the post-production of “Lost in Russia,” a special soundtrack for the commentator was added to describe the scenes and what was happening.

“The film is about communication and parenthood in the family,” said Xu. “It is a heart-warming film catering for the whole family. That’s also the reason why we made a special edition for the visually impaired.”

Xu added that the project was not as simple as expected. In a sense, it is a new process of creation. The audio descriptions of the film’s information and storyline, such as scenery and action, should match well with the dialogue and sound effects.

Chinese actor Huang Xuan is the movie’s special-edition commentator. Huang said it is a brand-new attempt for him to lead an audience into a movie. He once portrayed a blind masseur in the film “Blind Massage.”

“I made friends with some visually impaired people at that time,” Huang said. “I know how eager they are to watch a film. The program means a lot to them. I hope it will be spread to more cities in the country.”

A promotional video of the program, starring Huang, will be screened at local cinemas after the Spring Festival holiday.

Hong Kong filmmaker Stanley Tong revealed that he and his crew are working on a barrier-free version on the action movie “Vanguard.” More and more Chinese movies will be produced with special editions in the future.

The 30-something visually impaired film lover Xiao Bin revealed that he has never seen a movie at a cinema since he lost his sight at around 10 years old. Xiao said he can’t imagine watching a new movie with his friends but the program will bring him back to the theater. 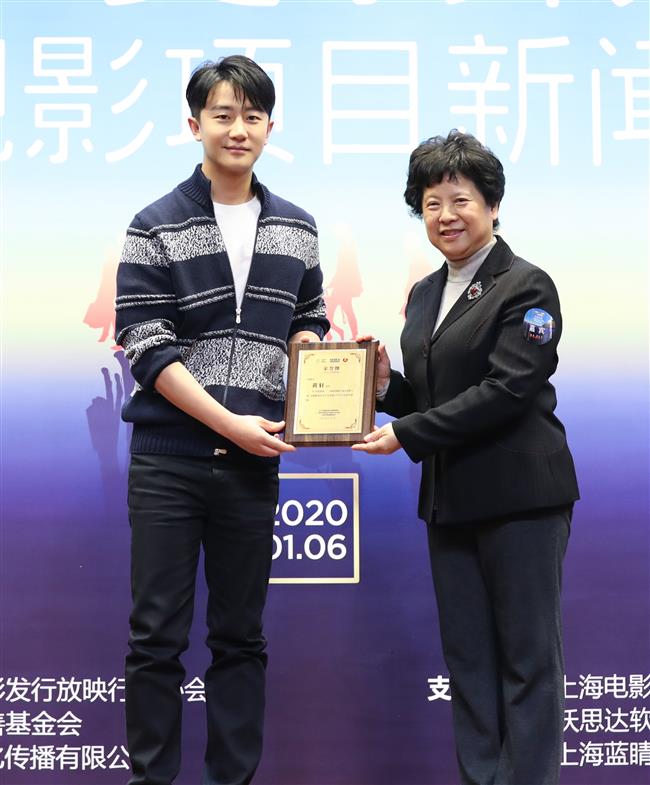 Huang Xuan (left) is appointed as the image ambassador for the program for the visually impaired.