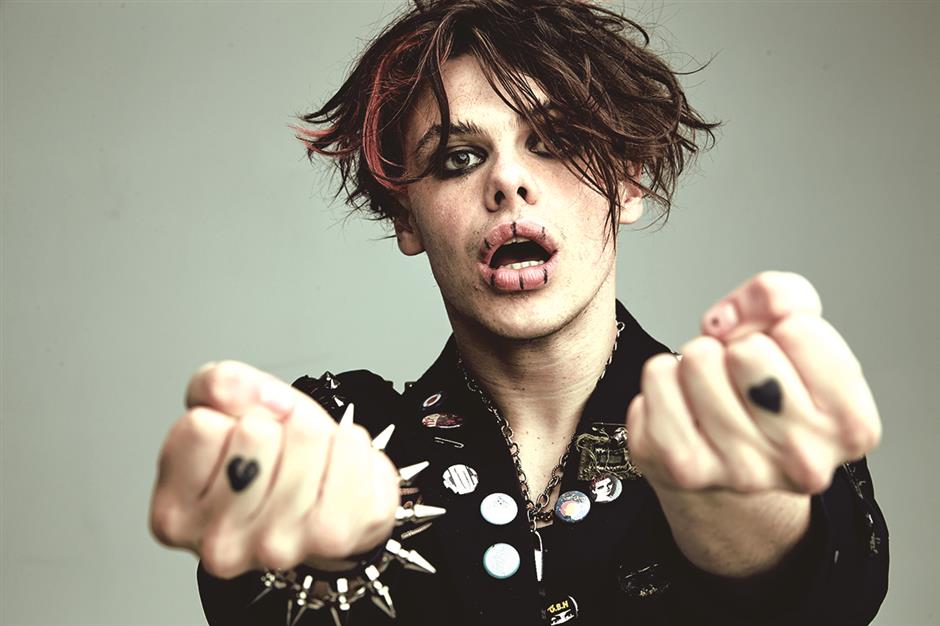 YUNGBLUD is making a first appearance on Shanghai stage as part of his “Twisted Tales of the Ritalin Club” tour.

Dominic Richard Harrison, known professionally as YUNGBLUD, is a singer-songwriter, musician and former Disney actor. The 22-year-old was born in Yorkshire, England and raised in a musical family. Influenced by Bob Dylan, The Clash and The Beatles, he picked up a microphone to sing at 10 years old.

In spring 2017, he released his debut single, “King Charles,” with the help of his manager’s indie label Locomotion Recordings. The genre-blending protest song brought him to the attention of several record companies before he chose to pen a deal with the world renowned Geffen Records.

In 2018 YUNGBLUD released a debut album “21st Century Liability,” which features the promotional singles like “Psychotic Kids” and “California,” and proper lead single “Medication.” All tracks are written by YUNGBLUD.

Several singles and EPs followed before YUNGBLUD recorded his biggest success in the US Billboard chart in 2018 with single “I Think I’m OKAY.”

Looking back on his trajectory over the past few years, the rock sensation revealed he has been surprised by his success. “Me and my band were living in a council flat two years ago. Now we’re touring the world and getting to spend all this time with the best fans ever,” he said.

With a passion for music and the confidence of a bright future, YUNGBLUD is ready to rock the music world of Shanghai.