Despite restrictions on audience numbers, the musical “Kiki’s Delivery Service” is being staged at the People Grand Theater, the first production at the downtown venue since the coronavirus lockdown.

The musical, being performed from yesterday to Tuesday, is based on a 1989 Japanese animated film directed by Hayao Miyazaki, adapted from the 1985 novel by Eiko Kadono. The Japanese version of the musical was staged over 30 times in Japan in 2017 and 2018, winning wide acclaim.

It’s a story about growing up and the pursuit of independence. Kiki, 13, is a trainee witch, who flies on a broomstick from home with her black cat Jiji and searches for a new place to live.

She befriends Tombo, a geeky boy obsessed with aviation who admires her flying ability, and Osono, the kindly and heavily pregnant owner of a bakery. In exchange for accommodation, Kiki helps Osono and opens a “witch delivery business” using her broomstick. 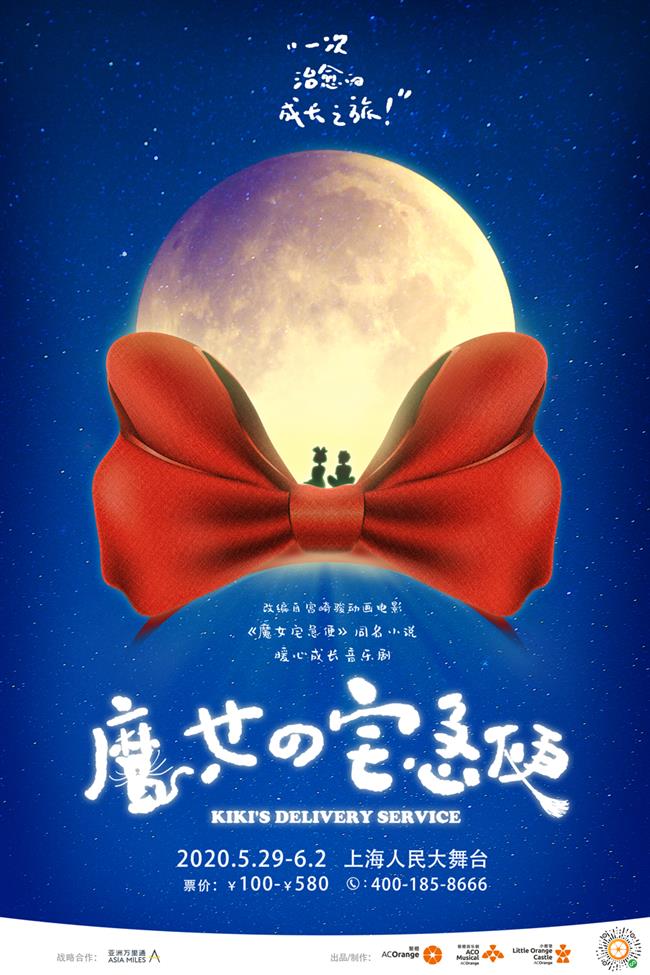 A poster for "Kiki’s Delivery Service"

Domestic production company ACO Musical purchased the copyright over a year ago for a Chinese version. Booking for May performances began in January before the novel coronavirus epidemic.

“We have been trying to stick to our production schedule despite the effects of the epidemic,” producer Lai Yi told Shanghai Daily. “We started rehearsals on April 23, aiming to be ready for performances once theaters were allowed to reopen.”

According to work-resumption guidelines issued by China’s culture and tourism authority earlier this month, performance and entertainment venues can resume operation but must limit audience numbers to a maximum 30 percent of capacity.

Only 300 seats of the theater’s 1,002-capacity hall will be available for each performance. Audiences will have their temperatures checked and the health codes examined before being allowed to enter the venue.

For “Kiki’s Delivery Service” producers, it is a bittersweet return to the stage.

“We consider ourselves lucky because resumption permission came just in time for our musical,” said Lai. “But the 30 percent capacity limitation means we will operate at a loss.”

According to Lai, at least 60 percent of seats in a theater need to be filled to cover the cost of each performance. For “Kiki’s Delivery Service,” a loss is inevitable even if all allowable tickets for its eight performances are sold out.

“We are aware that we are doing business at a loss this time,” said Lai. “But we do want to present our work as a signal to the performing arts that we are back. We also want to be a show of support and confidence to other performers in our industry.” 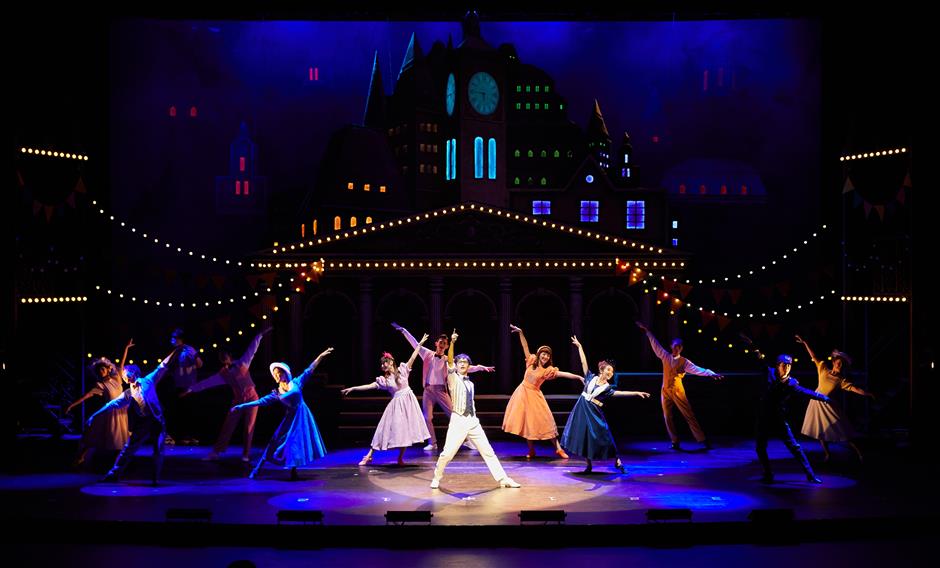 Musical “Kiki’s Delivery Service,” being staged at the People Grand Theater, is a story about growing up and the pursuit of independence.

According to Yu Xinyue, general manager of ACO Musical, the company did offer ticket refunds to audiences after the outbreak of the coronavirus, but very few surrendered their tickets.

“Given the 30 percent capacity limitation, we decided to add two more performances to make sure that all ticket holders can see the show,” said Yu. “Those still hesitant about returning to theaters can still choose to have ticket refunds. Any surplus tickets will be offered to the public.”

Producer Lai said the eagerness of performers to return to the stage added impetus for the production to go ahead.

“All the performers have been preparing hard since the very first day of rehearsals,” said Lai. “To be barred from the stage for nearly half a year has been a big setback for them. We want to stage the show for the sake of the performers, even if it’s at a loss.”

Taiwan-based actress Carol Cheung is playing the lead role of Kiki in the musical.

“After the outbreak of the epidemic, all I could do is to keep calm and wait,” said Cheung. “Mentally, I was prepared for the eventuality that the show might be canceled. So I was overjoyed when rehearsals began. I felt extremely lucky and excited. Friends in the business are envious that I could return to the stage so soon.” 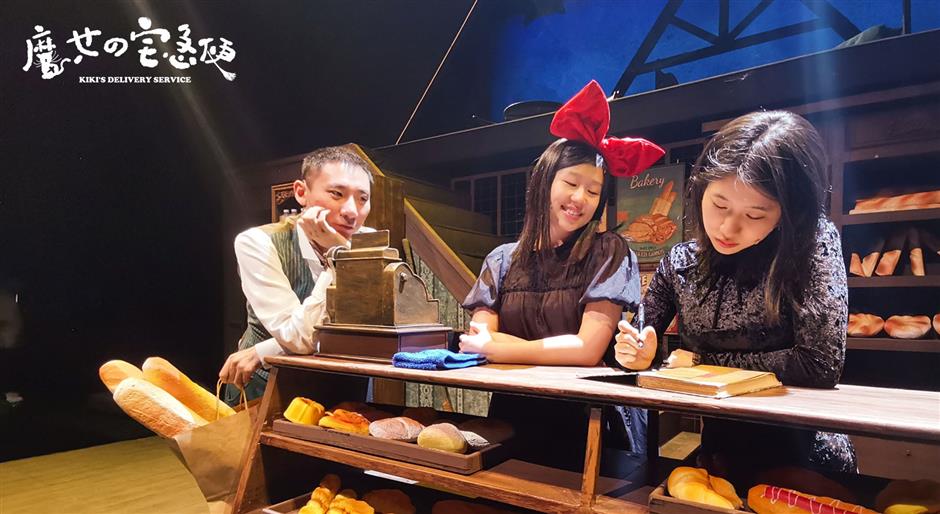 Taiwan-based actress Carol Cheung (center), who plays Kiki, is in a rehearsal.

Apart from Cheung, other performers made great efforts to get to Shanghai from places like Hong Kong, France and the United States.

Cash flow was a problem for the production team during the theater lockdown.

“We had to overcame quite a lot of difficulties,” said director Shi Lu. “A one-month rehearsal schedule is relatively short, but we are ready for the show to go on.”

He added: “The epidemic damaged a musical stage industry that was enjoying such rapid growth in China last year. It is such a pity, but I am very happy to return to the stage with this particular musical.”

He said he hopes audiences agree.

After the shows in Shanghai, “Kiki’s Delivery Service” will tour some cities in Jiangsu, Zhejiang, Jiangxi and Shandong provinces.

According to ACO Musical, the company has had to suspend most of its international projects due to broader travel restrictions. It plans to stage a few more Chinese musicals and some immersive and small-scale theater works in the second half of the year.

“The birth of a musical usually takes one to two years,” said Yu. “After the hiatus of the epidemic, it will probably take two to three years for the whole industry to fully recover.”