From ancient Greece to the English Renaissance, women were generally prohibited from performing on stage, so men took over female roles.

In the latest adaptation of Shakespeare’s classic tragedy “Othello” by renowned Chinese theater director Chen Xinyi, the tables are turned. An all-female cast will join the female director.

“The idea of creating an all-female ‘Othello’ has been on my mind for a long time,” the 82-year-old Chen told Shanghai Daily. “Women have both powerful and exquisite emotions. An all-female version will create a unique esthetic satisfaction for audiences.” 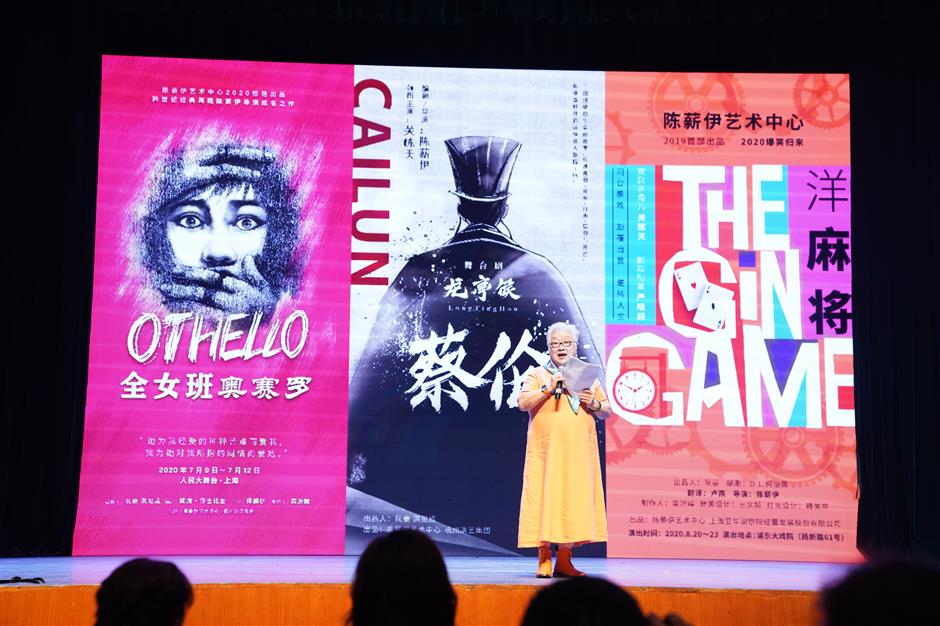 Chen Xinyi, the doyenne of Chinese stage directors, will be presenting three of her plays on stage this year.

She added: “Great works can conquer all cultural and social class differences, not to mention gender. Shakespeare’s characters always have practical value for people in all eras. We, as theater practitioners, have been trying different methods to attract audiences to his classics.”

The tragedy of “Othello,” believed to have been written in 1603, revolves around the Moor Othello, who is a general in the Venetian army, his kind-hearted wife Desdemona and his treacherous ensign Iago. The drama is filled with the themes of love, jealousy, betrayal, revenge and repentance.

In Chen’s all-female version, Shanghai’s Dragon TV presenters He Qing and Wan Dini will play the roles of Othello and Desdemona, respectively. Yueju Opera artist Wu Qun will take on the role of Iago.

“People always consider credulity and jealousy the main themes of the work,” said Chen. “For me, a lack of self-confidence is what caused Othello’s tragedy.”

This will be the fifth version and the first all-female production of “Othello” directed by Chen, who said she is a huge Shakespeare fan. Her first edition of the classic tragedy was produced in 1984, winning top awards at China’s inaugural Shakespeare Festival in 1986. 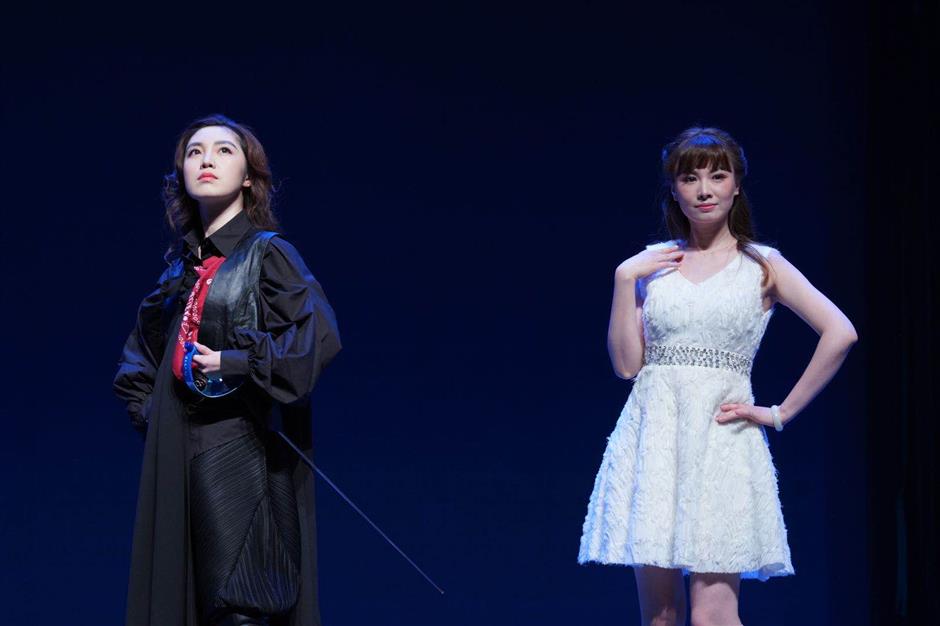 He Qing (left) and Wan Dini, presenters at Shanghai’s Dragon TV, will play Othello and Desdemona in the all-female stage version.

“His characters are giants,” she said. “His stories are about how giants rise, fall and get awakened. I always encourage entrepreneurs, my investors, as well as people with great social influence to read and watch more Shakespeare. A great person is the combination of numerous passions and sharp intellect.”

Chen also revealed that she has been working on a smaller English version of “Othello” tailored for church performances in Western countries, to be presented by Chinese actors and actresses.

The all-female “Othello” will be staged at the People Grand Theater in downtown Huangpu District from July 9 to 12. It is jointly produced by the Chen Xinyi Art Center and the Hangzhou Performing Arts Group. The two partners will team up again in October to present a new play entitled “Cai Lun.”

Chen describes that production as a “Peking Opera symphonic poem.” It will star Peking Opera artists, led by Guan Dongtian and Chen Lincang.

According to Chen, the dialogue will be presented in the rhythms of Peking Opera, with the Richard Strauss tone poem “Ein Heldenleben” (A Hero’s Life) as background.

“Cai Lun” focuses on the late years of Chinese inventor and Han Dynasty (206 BC-AD 220) court eunuch Cai Lun (AD 50-121). He was the inventor of paper and the paper-making process. He was a beloved official but lived a lonely life. The play will be staged at the People Grand Theater from October 21 to 25.

“The Gin Game,” another play produced by the Chen Xinyi Art Center and premiered in 2019, will be staged at the Pudong Grand Theater from August 20 to 23.

Asked about the current restrictions on audience size because of coronavirus, Chen said the theater stage still has its role to play during difficult times.

“The birth of theater classics often came amid turbulent times,” she said. “Disasters provoke the creation of theater work. At the same time, people need the stage arts. It’s my responsibility to promote and spread theater art, whatever the circumstances.”

﻿
Special Reports
﻿
'Men should be what they seem' except in 'Othello' with a twist
Documentary hails bravery of Wuhan medics
Reason for reopening? Simple. 'We are a theater'
Cops TV series hopes to inspire young generations
Contemporary drama marks theater's return
A witch's tale heralds theater's reopening
Annual handicraft expo will be abuzz in November
Live-streamed Yueju Opera show 'Wonderful Life,' a wonderful night
In stages, live theater makes a tricky return
Cloud Theater a hit with audiences near and far
EXPLORE SHINE