After six months of inactivity, the Shanghai Poly City Theater reopened this week as coronavirus epidemic eased in the city.

The theater staged its first performance on Friday by Zhai Lishuotian, a musical actor who shot to fame in the reality show “Super Vocal.” Featuring excerpts from classical musicals and a new interpretation of nostalgic old Shanghai songs, the concert was observed by more than 300 spectators on site, as well as thousands of online viewers on Youku.

The 28-year-old performer is thrilled to hold his first personal concert at the theater. Zhai is an alumnus of the musical department at the Shanghai Theater Academy. Last year he released a new song “Starlight In Your Eyes.”

Following Zhai’s concert, seven more performances will be offered in the following weeks.

Precocious singers Jin Shengquan and Gong Ziqi also get the opportunity to showcase their versatility on stage, and all concerts will be livestreamed on Youku for 12 yuan (US$1.69) each.

The repertoire of the opening season also includes Mahua FunAge’s modern comedy plays “I am an Actor” and “Earl of Wrong Mountain,” mystery and suspense drama “The Street at Dawn,” Li Yundi’s piano recital, puppet show “Mu Lan” and classic Yueju Opera plays “A Dream of Red Mansions” and “The Butterfly Lovers.”

“I am an Actor” is a farce following a walk-on’s involvement in an election. “Earl of Wrong Mountain” is a story about a young unemployed man who unexpectedly inherits a big fortune. However, he is mistaken for a robber by the police and put on a wanted list, leaving him no choice but to embark on a journey of self-rescue.

Suspense drama “The Street at Dawn,” based on a novel by Japanese writer Higashino Keigo, is about a 15-year-old murder case. A man’s mistress is found dead while his daughter lies beside the dead body after fainting. There is no witness or clue to the case.

“Mu Lan” is an acclaimed puppetry play created by Shanghai Puppet Theater. With multimedia methods making impelling visuals, the play tells a story of ancient Chinese heroine Hua Mulan, who disguises herself as a man to go to war in place of her elderly father.

Meanwhile, cultural celebrities such as dancing artist Huang Doudou, Peking Opera master Shang Changrong and Shanghai farce artist Wang Rugang will be invited to give lectures on the charm of performing arts in a series of offline workshops in the later half of the year.

As the 71st theater of Poly Group, the Shanghai Poly City Theater is expected to be a remarkable theatrical and cultural resort in southwest Shanghai. Officials from the theater revealed they will present welfare performances every month. A number of tickets for the welfare performances will be less than 80 yuan.

“We will develop the theater into a cultural brand of Shanghai and even the Yangtze River Delta region,” said Qin Tiji, chairman of Shanghai Poly City Theater. “More high-quality and original performances will be offered to help local people learn about the world of art.”

For upgrades, seating chart, and day of show information, please go to www.shpct.cn. 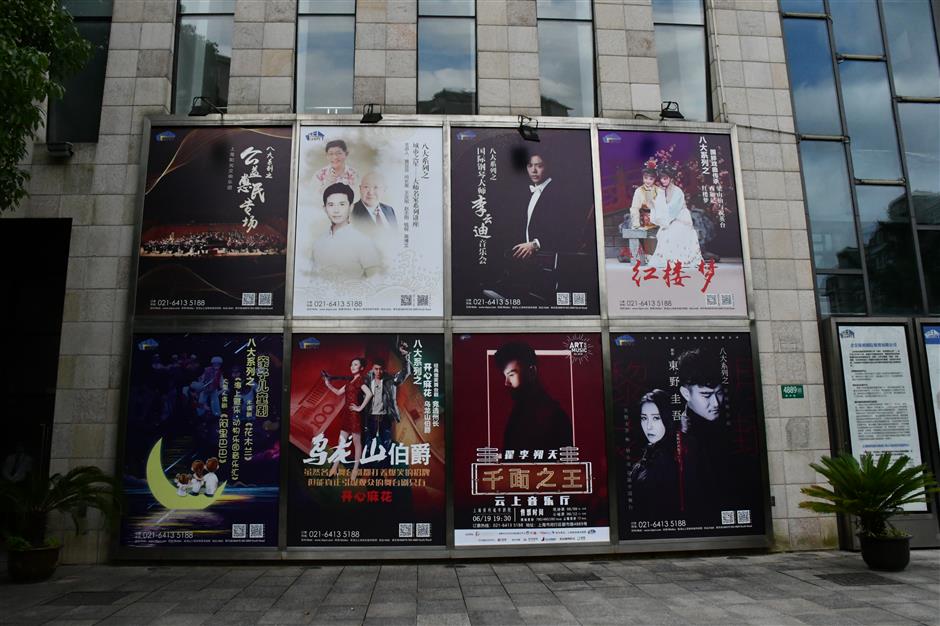