Independent and art films have always faced an uphill battle for recognition. The coronavirus outbreak has made it steeper.

As mainstream cinemas remain largely closed in China, private groups that promote and screen independent and art films are also struggling to survive.

A few weeks ago, a public letter published by independent film promoter Directube on its WeChat account caught the attention of art film fans.

In the letter, the group said it intends to shed some of its screening facilities and sell off some equipment to ease its financial burden. It said it would be seeking new facilities because its previous rental contracts have expired.

Directube is known for its role in promoting and sharing information about artistic and independent films. Apart from creating original content on Weibo and WeChat accounts, it has organized screening activities featuring independent films, especially documentaries by young Chinese directors. The directors are frequently invited to attend and discuss their works with audiences.

“These ‘communication sessions’ were a major attraction of our screening activity,” Chen Xiaoran, a co-founder of Directube, told Shanghai Daily. “Audiences get very few opportunities to communicate with film creators except at some film festivals. The feedback directors get from audiences can inspire them in their future creations.” 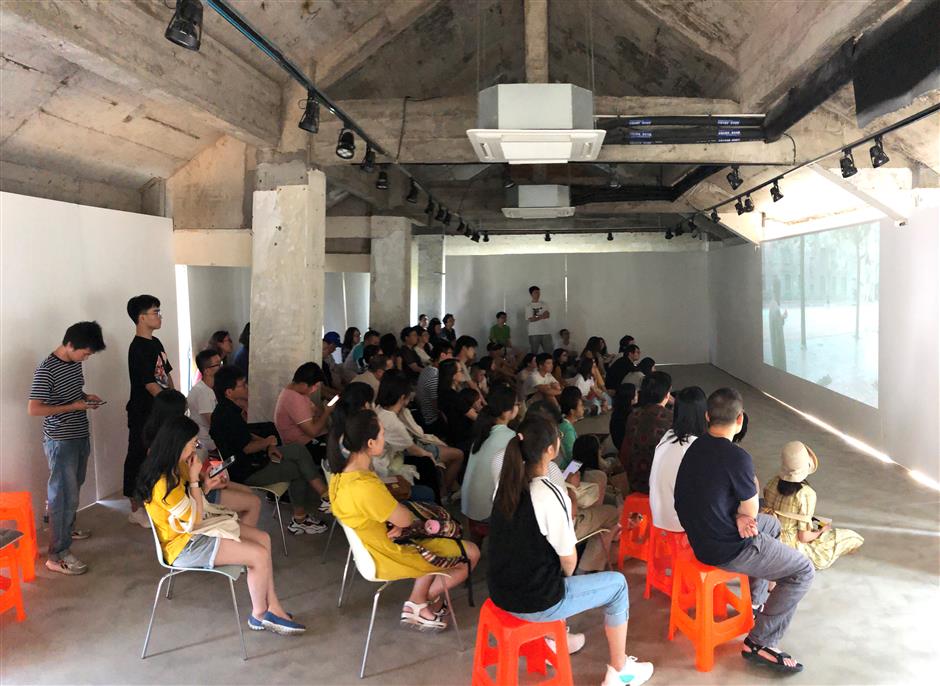 Directube has organized activities to show films at various venues. The spaces they manage to find are often rudimentary.

Unlike commercial films with easy access to general audiences through cinemas, artistic and independent films are usually aimed at a niche market. They may be serious and experimental in their esthetic expression. They are not designed for mass appeal.

It’s hard for independent filmmakers, especially those focusing on social causes and marginalized populations, to gauge audience reaction. They usually lack the resources to promote their films, and some of their works are yet to gain a public screening certificate issued by the China Film Administration.

“All directors want their works to reach audiences, no matter how niche a market,” said Chen. “Also, film fans have the right to choices beyond mainstream cinemas. We want to open a new window for them.”

Chen majored in broadcasting in college and joined a finance radio channel after graduation. Later, while working as a film producer, he befriended Shen Hancheng, an independent filmmaker and founder of Directube.

“I first noticed Shen years ago when I was reading his film reviews on the website Douban,” said Chen. “I was also impressed by his documentary about his father. After getting to know more independent filmmakers, who are sincere and passionate about film, I realized that they are the group of people I wanted to work with.”

With savings from previous jobs, Chen joined hands with Shen and became a full-time Directube operator in 2017. Shen used his resources to get copyrights of films from directors and invited them for post-screening talks.

Shen and Chen also produce original content, such as interviews with directors, industry insight stories, reports about film festivals around China and even lighter content like poster design information. 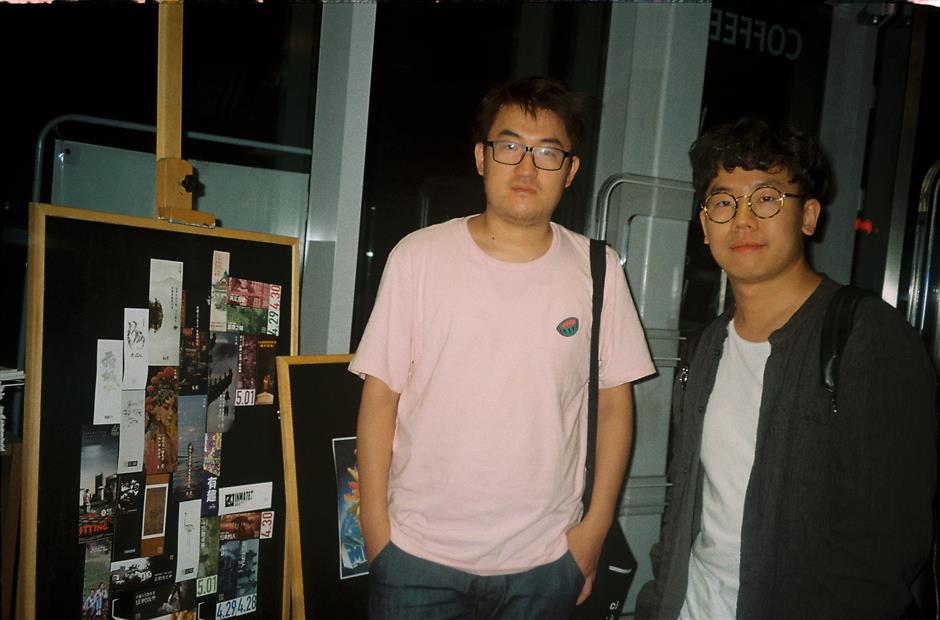 Chen and Shen have been organizing film screening activities, mainly in Shanghai, since 2017. They utilized available space in bookstores, cafes and even handicraft workshops in shopping malls to show the films.

“Despite the various venues, but we never lowered our screening standards,” said Chen, who purchased professional projection and sound equipment and adjusted color for every film screened.

“Both directors and audiences enjoy our post-screening talks,” said Chen. “Our audiences are usually quite knowledgeable about films. They often give very professional feedback, which can help young director grow. Some in the audiences are learning filmmaking and love the chance to discuss the art with others who share their interest.”

When Directube screened films that did have a public screening certificate, Chen would rent a hall from a cinema and sell tickets to cover the rental fee. All activities held outside mainstream cinemas were free.

It was all time-consuming work. Chen and Shen occasionally recruited volunteers to assist in screening activities or help translate articles the group posts.

“We don’t have the ability to pay volunteers,” said Chen. “Most of them offered to help because they like us. But I don’t want to exploit them, so I spent time with them sharing my knowledge about films.”

He added: “Some volunteers were film major students. I would recommend films or give my opinion if they need advice in academic thesis writing. Sincerity is all that I have offer to thank them for their sincerity and passion.”

Since most screenings are free, how does Directube generate any income?

“When other public WeChat accounts repost or borrow original content from Directube, we get paid,” said Chen. “There are also advertising links WeChat inserts into our postings, which bring us some income.”

Chen and Shen helped in the promotion and organization of the Shanghai International Film Festival’s “Road and Belt” and documentary sessions. The festival would gift them free tickets in return. 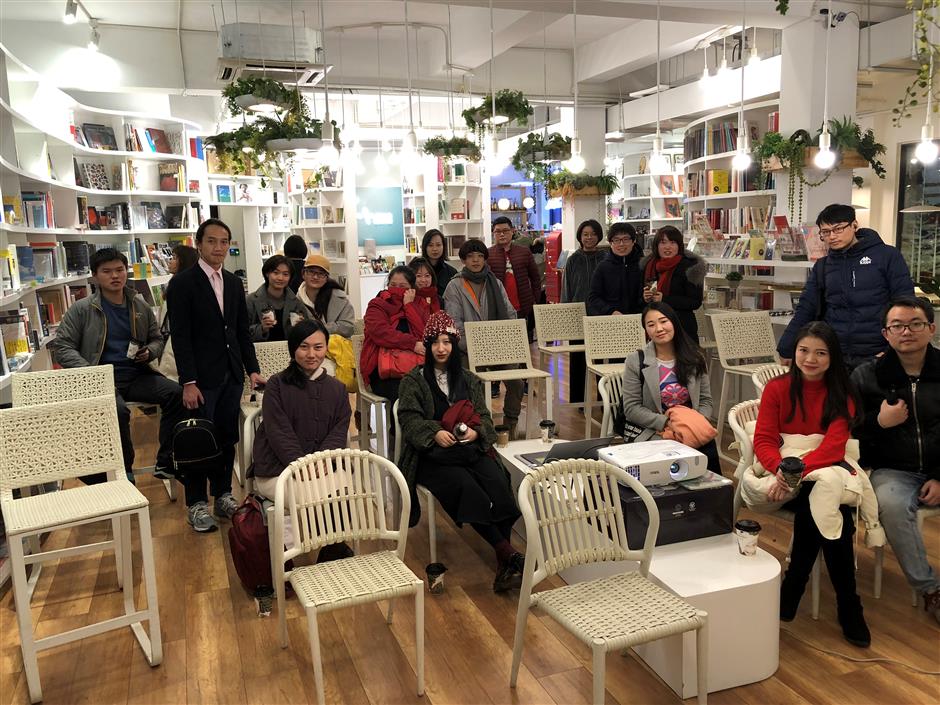 “We consider Directube a platform to present good independent films and their directors rather than a money-making business,” said Chen. “It’s more of a hobby, though we try to make a living at the same time. We were initially expecting a balance between income and expenditure this year, but then the pandemic came along.”

The coronavirus hasn’t been kind to the film industry this year. Shen has encountered some personal financial problems, while Chen is still struggling to win support from his parents, who never liked his career decision.

Currently, Chen is keeping his mother company in the city of Taicang in neighboring Jiangsu Province. Shen has been offered accommodation by a friend in Shanghai. Both are awaiting further news from the Shanghai International Film Festival, hoping to be involved in organization work when the festival manages to get back on schedule.

This year’s film festival has been postponed until further notice due to the coronavirus.

Despite the pandemic, Directube continues to provide daily online content, though it has been some 10 months since the last screening activity. Chen said he hopes they can find a new work space in Shanghai in the second half of the year.

“The pandemic has given me the chance to think about our future,” said Chen. “We want to maintain our independence, but we need to make ends meet at the same time. We are thinking about introducing courses on film directing after the pandemic.” 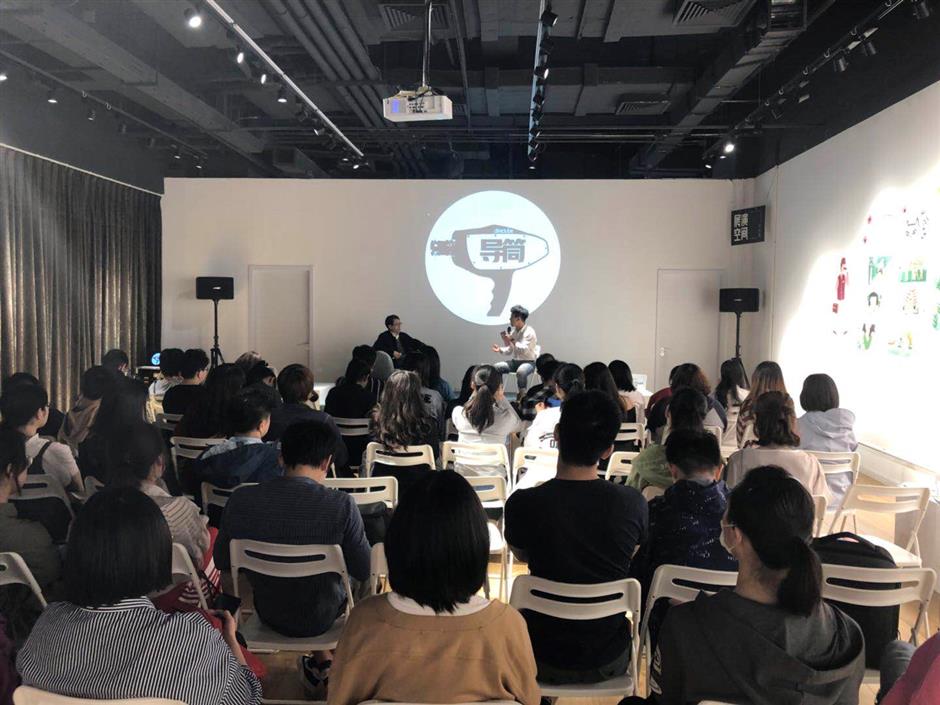 Directors are often invited to attend screening activities and discuss their works with audiences after the screening.

After being informed that Directube is operated by only two people in their late 20s, movie fan Hu Wenfei couldn’t hide his admiration.

“It’s an enormous amount of work for two people since the account updates content every day,” said Hu. “Only people with a great passion and affection for film can manage it.”

Hu described himself as a film fan who values the immersive experience of cinema. Shanghai’s film festivals and exhibition screenings are the best opportunities for him to enjoy art films in cinema halls. Hu has also taken part in screening activities organized by Directube.

“Apart from talking with directors, the small-scale screenings give us the opportunity to meet people who share a similar interest,” Hu told Shanghai Daily. “To communicate face to face and discuss films in depth have become a luxury in our time.”

Hu said he often takes annual leave from work during the Shanghai International Film Festival to watch as many films as possible. He is also a member of the Shanghai Film Museum, which screens foreign films.

The museum and several other venues in Shanghai also screen off-the-beaten-track films.

The archive invites industry experts and film academics to give talks before each screening to help audiences understand what they are watching. The screenings are usually free, though reservations are required.

“Some universities organize independent film screenings for academic purposes and welcome audiences from outside the school,” said Hu. “Some cafes and community centers also show films, though they don’t usually obtain the copyrights. If I am starved for good art films, I go online to look for them.”

According to Huang Yue, organizer of the CineCina Film Festival, it’s not hard to explain why art film lovers have such limited choices.

“First, China doesn’t have a film rating system, making it hard for some artistic and independent films to obtain the public screening certificate,” he said. “Such works might still be privately screened, but the creators don’t get rewarded by the market.”

He continued: “Secondly, we still lack an art film association. That is where independent film creators and screening organizers and promoters like Directube could receive help and support.”

Huang has provided articles for Directube in the past. Currently, he is working in Shanghai on the preparation for the CineCina iFest, an online version of the CineCina Film Festival, which was initially scheduled to be held in New York in April until it was canceled by the pandemic.

Special Reports
ADVERTISEMENT
Urban comedy 'Under the Sun' to air on Monday
More poet in the temple of art than pop star
Nurturing fresh talent for original musicals
Exploring the essence of famed TV director
Youku unveils new drama, variety programs
Humanity is still valued for successful movies
Most cinemas reopen in Shanghai after 6-month shutdown
An industry enters its 'golden age' with animated enthusiasm
Roll the credits! Shanghai a star in film and TV production
No popcorn, but film buffs are back in seats
EXPLORE SHINE