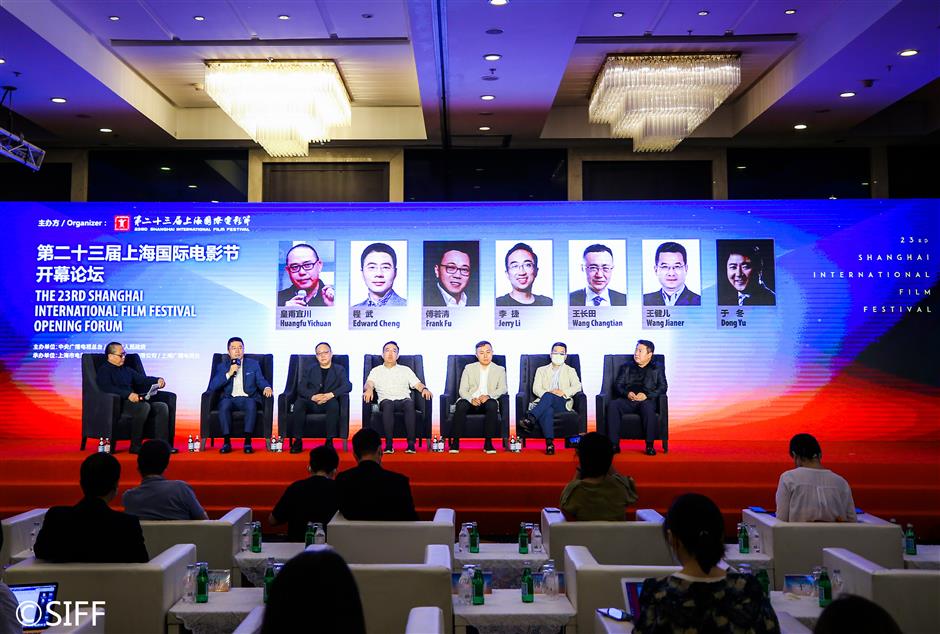 The 23rd Shanghai International Film Festival opened today at the Crowne Plaza Shanghai hotel with a simple ceremony and an opening forum on the recovery of the film industry in China.

The festival is the world's first major film event held offline since the novel coronavirus outbreak.

According to Zhou Huilin, head of the publicity department of the CPC Shanghai Committee, the pandemic has posed an unprecedented challenge to the film industry.

“However, it will not shake our confidence in developing Shanghai into a global film and television production center,” said Zhou.

He also encouraged filmmakers in China to tell more wonderful stories about our era and people.

The opening forum gathered the country's film professionals who shared their opinions and approaches in the face of the epidemic.

Fu Ruoqing, vice president and CEO of China Film Co Ltd, said that China’s film industry has been rapidly developing since 2003, but it still needs some time for reflection. The epidemic has given them a chance to make improvements.

Jerry Li, president of Alibaba Pictures, noted that the following two weeks will play an important part in the recovery of Chinese cinema as theaters in areas at low risk of COVID-19 transmission reopened on July 20 after a six-month closure.

“Our new film projects will be focused on the lives and emotions of ordinary people,” Li added.

Yu Dong, CEO of Bona Film Group, hopes that professionals can work together for the recovery of the industry.

“We have more time working on the scripts these days,” said Yu. “Our new film will be about the dedication of Chinese medical workers who fought the epidemic.”