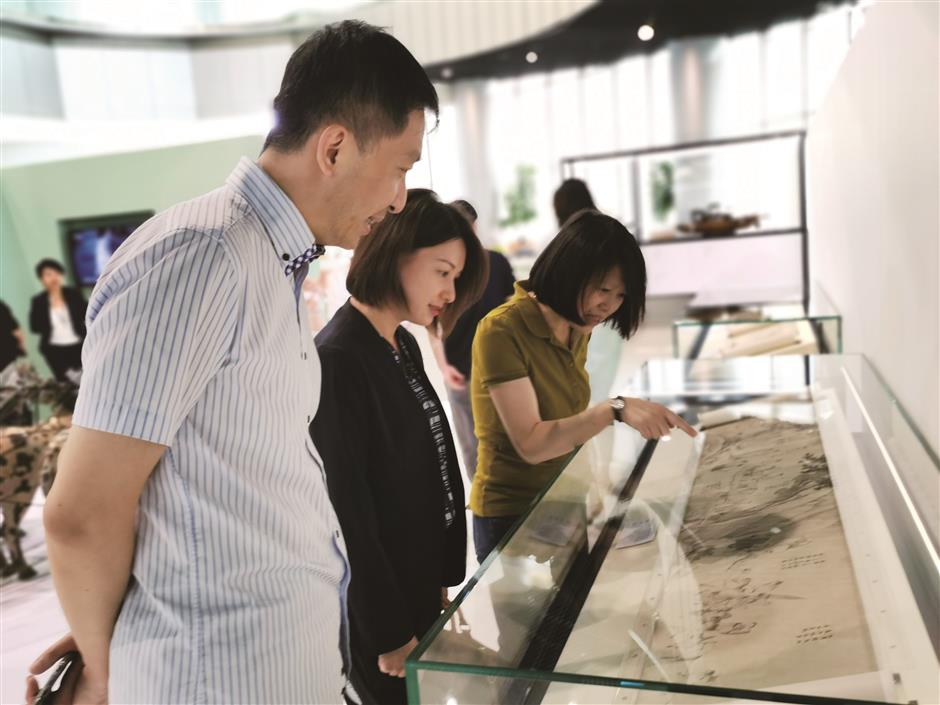 Visitors observe a painting depicting people riding horses as the land transportation in the ancient time at Shanghai Auto Museum. The exhibition will go through October 14.

Cars, high-speed trains and planes play an important role in our fast-paced society, while in ancient times people had to ride horses or take boats to travel long distances.

Highlighted are paintings depicting people standing on boats as they cross a river. Watertowns were the soul of the Jiangnan area, and boats connected local residents and built a water kingdom.

Horse culture throughout Chinese history is showcased. No matter for daily use or fighting a war, the power of horses was unmeasurable. Horse-drawn carriages were people’s daily transport for thousands of years.

When you see how delicate the daluche (大辂车), which were especially for empires in ancient China, or copper carriages are, you will realize that the concept of luxury has been popular in the country for a long time.

Another part of the exhibition starts from the beginning of the 20th century when vehicles only belonged to the rich, while rickshaws were everywhere on the streets, taking people from one place to another powered by man.

A rickshaw for brides covered with a large red cloth with embroidery of auspicious patterns and a golden xi (喜), which means happiness, is on display.

Although these man-powered vehicles no longer exist, they have a profound meaning in traditional culture and are a historic symbol linking with the development of modern mobile transport.

The final part of the exhibition introduces modern cars. A Rolls-Royce Silver Ghost made in 1921 is one of the highlights in its representation of the endless spirit of discovery and craftsmanship. Cars have witnessed the development of the city over the past century.

Don’t worry if you can’t visit the exhibition in person, as the museum has launched an online platform through its website (www.shautomuseum.com).

The museum is also promoting a series of exhibitions including “Driving Me to Early Days” and “Against Epidemic — Evolution on Wheels.”

Visitors are required to make an appointment via its official WeChat account before purchasing tickets. The restaurants inside aren’t open at the moment due to the COVID-19.

Date: Through October 14 (closed on Mondays)