Be yourself, Chinese filmmakers are told

French scriptwriter and director Olivier Assayas encouraged young Chinese filmmakers to "be yourself" during an online master class on Monday as part of the ongoing 23rd Shanghai International Film Festival.

Many of his films have brought him international recognition. “Personal Shopper” won him the Best Director award at the Cannes Film Festival in 2016.

Assayas said he was lucky that the novel coronavirus pandemic hadn’t affected his work too much.

His latest film was released in France just before the outbreak and he is currently working on several scripts at a family house in the countryside.

Writing is essential for a movie, he said. It is something he enjoys and he feels lucky to be able to choose any topic he likes.

“Every film project is different,” Assayas said. “I enjoy the loneliness and concentration when I’m writing. The process of writing is also part of the process of filming.”

One of Assayas’ interests is Chinese action cinema. In 1984, he made trips to Hong Kong and Taiwan, where he made friends with filmmakers Edward Yang and Hou Hsiao-hsien.

“They helped me a lot to find my own style of shooting,” Assayas said.

He said the Shanghai film festival, although a young event, is growing in its influence and that the Chinese film industry will become more and more important in world cinema. 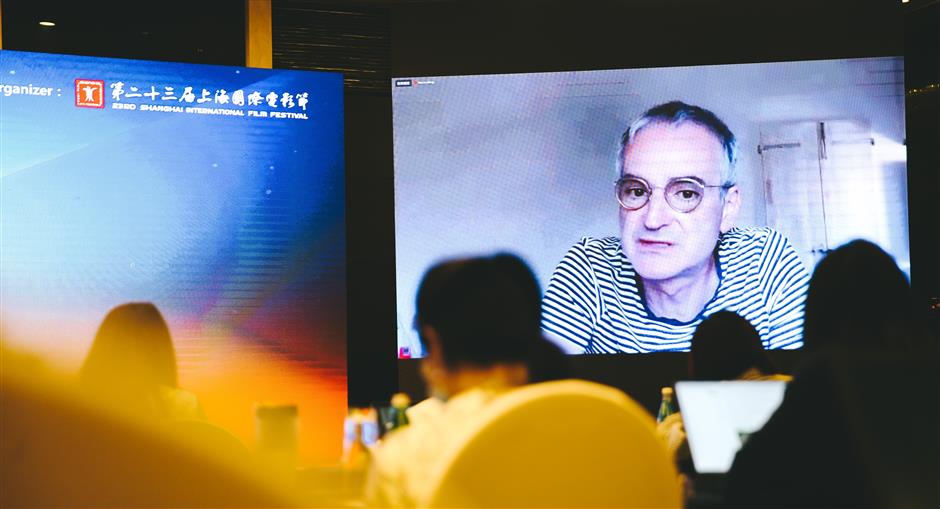