No popcorn, but film buffs are back in seats 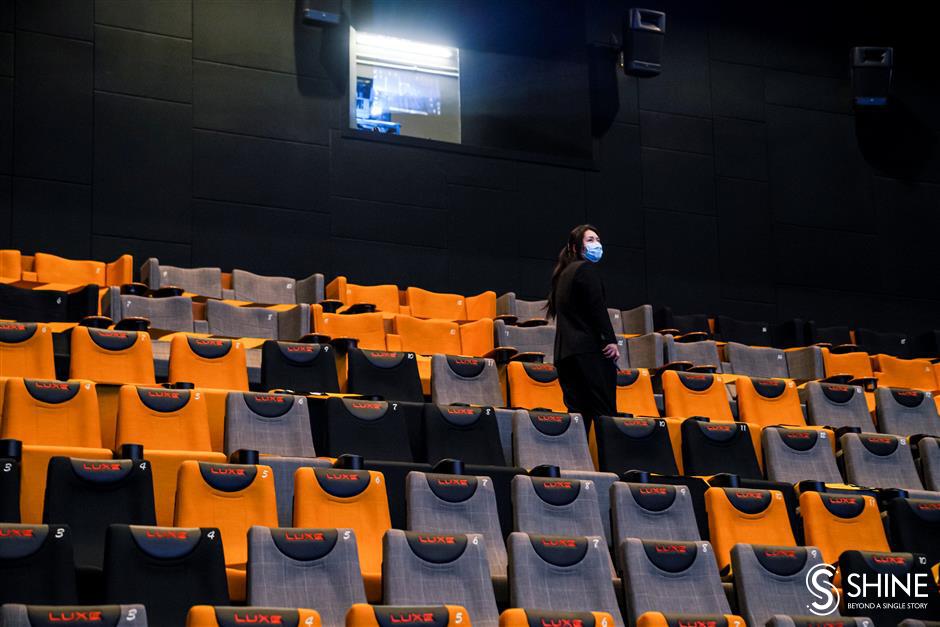 Mao Wenjie, business manager of Palace Cinema in Shanghai’s L+Mall, instructs a film projectionist to adjust an image on the silver screen.

Mao Wenjie, a cinema manager, stands in an empty theater, meticulously instructing a film projectionist to adjust an image on the silver screen. Her professional confidence shows no sign of lapse after six months off work.

“We reopened on July 20, just before the Shanghai International Film Festival started,” said the business manager of Palace Cinema in Shanghai’s L+Mall, “but I didn’t really need any time to adjust. We were all longing to return to the cinema.”

The film festival opened five days later, but cinema preparations started as soon as Mao and her colleagues returned to the workplace.

During the home lockdown days of the novel coronavirus outbreak, Mao’s company provided staff training online to keep everyone up-to-date on new releases and industry trends. Staff were also required to take turns disinfecting the empty cinema hall every day.

Mao said it was heartening to see all film festival tickets sold out in 10 minutes, dispelling her worries that many filmgoers might be afraid to return to public venues.

The novel coronavirus has affected cinemas around the world. The two largest US movie theater chains, Regal Cinemas and AMC Theaters, are reportedly planning to reopen in mid-August. Only about a third of AMC’s European and Middle Eastern movie theaters are in operation.

Filmgoing is also among the last entertainment activities to return in China. Most concert halls and performing arts theaters in the city have been open for more than two months, with health restrictions.

“Film buffs sent us supportive messages on social media platforms every day,” Mao told Shanghai Daily as she prepared for the start of Belt and Road Film Week at her cinema. “That’s the major factor that kept us hanging in there.”

“It’s great to have the cinemas back, along with a film festival,” said university student Zhang Liwen, who came with two friends to watch a film.

“I had my alarm set two hours earlier than usual so I could get a ticket for a festival movie,” she said. “I really missed being able to sit in a theater and watch films with friends.”

The early alarm didn’t help her get an online ticket to the Shanghai Film Festival. They were sold out too quickly.

“So I booked tickets for non-festival films,” she said. “I don’t care if we have to sit apart from each other. And there are a lot of coupons and discounts available now.”

She ended up seeing the superhero movie “Bloodshot” starring Vin Diesel, which was among the first movies to return to silver screens outside of the film festival. Distributors also provided a list of several hundred movies cinema managers could choose to rescreen. 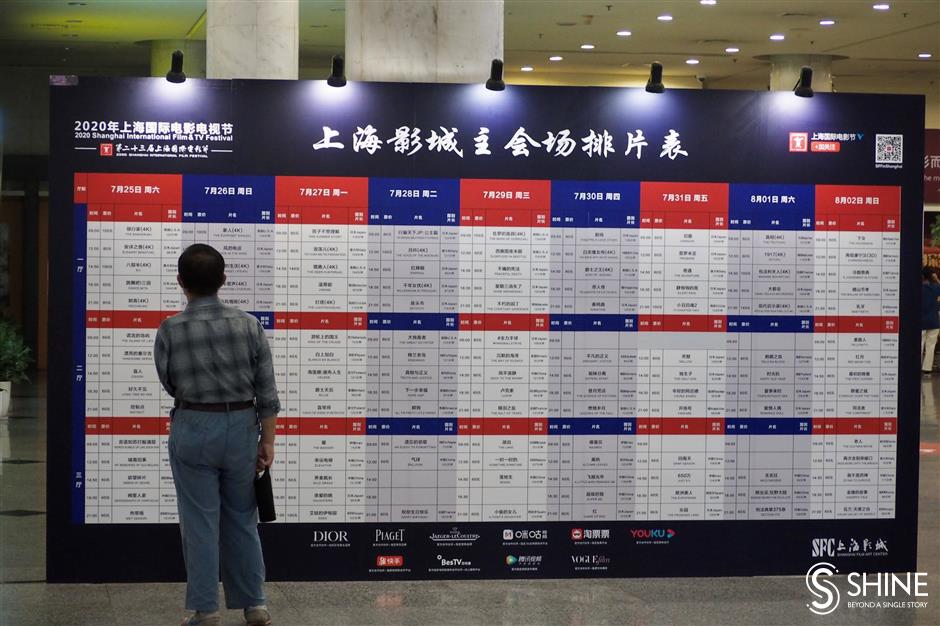 The schedule of the Shanghai International Film Festival, posted at the Shanghai Film Art Center, thrilled movie aficionados, and tickets were snapped up quickly.

Among those, Mao chose “Sheep Without a Shepherd,” a highly acclaimed remake of the Indian suspense film “Drishyam,” Pixar’s “Coco” and Stephen Chow’s 1995 comedy classic “A Chinese Odyssey.” The picks were aimed at pleasing a demographic audience of both white-collar workers and nearby residents.

“Though they weren’t new films, they all sold well at the box office,” Mao said. “Our top priority is to make sure everything is safe. Seating is still limited, but we are back. Movies are back!”

In the theater, two-third of the seats are sealed off with tape to meet the government restriction of audiences at 30 percent capacity. To date, only four of the cinema’s nine screening halls are open. Masks must be worn at all times, for staff and audience alike.

No food or beverages are allowed to be sold in the cinema, and audiences are barred from bringing their own snacks. Mao and her colleagues quietly inspect the screening halls every half an hour to make sure all the rules are followed.

There are no movie times in the morning, when the halls are thoroughly disinfected. The halls also undergo some disinfection between screenings.

Despite all the hurdles, Mao and indeed the wider film industry remain optimistic about returning to some semblance of normal.

China has the world’s largest number of cinema screens. Those open have sold about 4 million tickets and racked up an aggregate box office of 110 million yuan (US$15.7 million) during the first week of reopening.

Li Jie, president of Alibaba Pictures, which owns ticketing platform Taopiaopiao, said the platform actually broke down from the number of bookings for July 24 movies. It was a Friday, which probably explained the rush.

He added, “Those are very good figures. They indicate audience confidence.”

Confidence is key to the industry’s future, he said.

“If viewers show enough confidence to enter movie theaters, then those in the industry will be confident in increasing screening numbers,” Li said.

Second half of the year will tell the story. Both domestic and international big productions are scheduled to be screened, including Harry Potter in 3D, Christopher Nolan’s “Tenet” and Chinese fantasy movie “Fengshen Trilogy.”