As a tradition of the “Unknown” series, the performance is broken up into two parts — one new creation and one signature dance of the theater. The new dance “Darkness” will be performed in the first half of the show. Created by Xiexin Dance Theater’s guest choreographer Pan Yu, “Darkness” is an encounter of contemporary dance and hip-hop. It has been described as a brave intuition into the unknown.

“I have been trying to use time to filter an identifiable physical texture,” said Pan, whose strong suits are hip-hop, hopping and contemporary dance. “Through repeated exercises, the body has gained the features of a snake — transient, rapid, aggressive and soft.”

Dance “Layer” is presented as the second half of the performance. Created for Xiexin Dance Theater by Israeli director Eyal Dadon, “Layer” premiered at Beijing’s National Grand Theater in 2016, and was hailed as one of the best dance productions of the year. 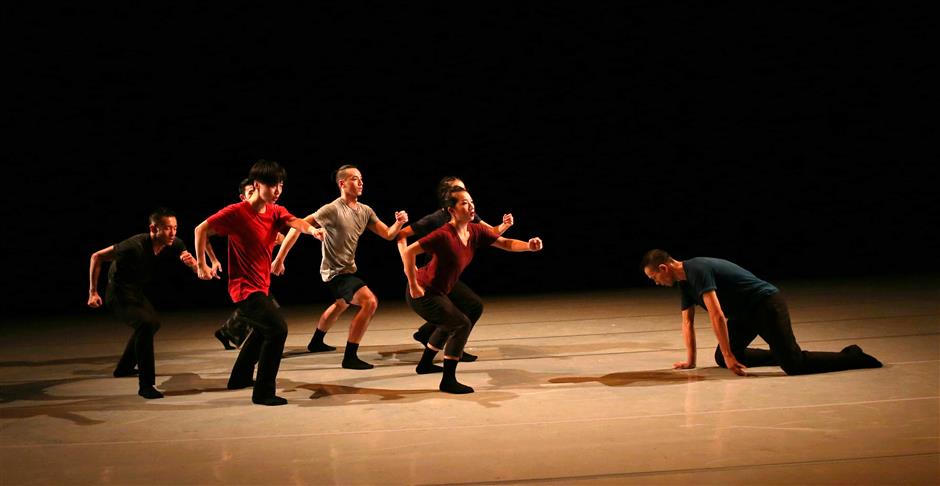 As a tradition of the “Unknown” series, the performance is broken up into two parts — one new creation and one signature dance of the theater.

According to Dadon, everything has layers — color, sound, clothes, material, sense, personality, thoughts, soul, air and skin. The choreographer believes the mixing of layers can connect different cultures and help them understand each other.

“It’s like when you mix certain colors or genres of music, you get a mixture,” he said.

“You can always understand part of the mixture no matter whether you are fond of the whole result.

“You can try to imagine how the layers are mixed and presented. It can be interpreted in many ways. By finding one way of interpretation, you may see the whole world.”

The performance lasts for 85 minutes with a 15-minute interval. Dancer Xie Xin will perform in both halves. “Layer” will also feature popular dancer Liu Jia.

Established in 2014, the Xiexin Dance Theater focuses on body research, contemporary dance education and the creation of original contemporary works.