Streaming website iQiyi recently released 13 original films that will appear in cinemas and online in 2020 and 2021.

According to Ya Ning, president of iQiyi Pictures, good, original content can overcome boundaries related to time, age and gender to resonate with a wide audience. iQiyi is sparing no expense to tell inspiring, uniquely Chinese stories to the world.

The films’ assorted genres include suspense, sports, crime, action and youth, and mostly focus on real-life stories and social issues.

Among the films are “Let Life Be Beautiful,” “Ping Pong of China,” “The Hovering Blade,” “The Invisible Guest,” “Mensa’s Apprentices” and “The Big Band.”

“Let Life Be Beautiful,” starring Liu Mintao and Rong Zishan as mother and son, is adapted from a true story. The film is a touching portrayal of a boy with leukemia who bravely pursues his dream despite his circumstance. The film is expected to be released by the end of the year.

“The Invisible Guest,” directed by Hong Kong filmmaker Raymond Yip, is a Chinese remake of the acclaimed 2017 Spanish suspense film with the same name.

Based on a novel by Japanese writer Higashino Keigo, “The Hovering Blade” explores juvenile-crime issues as a father seeks revenge after his daughter is killed by two teenagers.

“Mensa’s Apprentices” is geared towards young people in a tale about changes in two children’s lives after discovering the secret behind slot machines.

“The Big Band” is a film adaptation of the hit variety show with the same name, chronicling the growth of Chinese bands pursuing stardom.

Insiders note that 5G technology is an important factor for the Chinese film industry, and may change traditional methods of film production, distribution and screening.

Premium Video On Demand, a new distribution and premiere mode supplementary to traditional theatrical releases, is also expected to flourish in China. 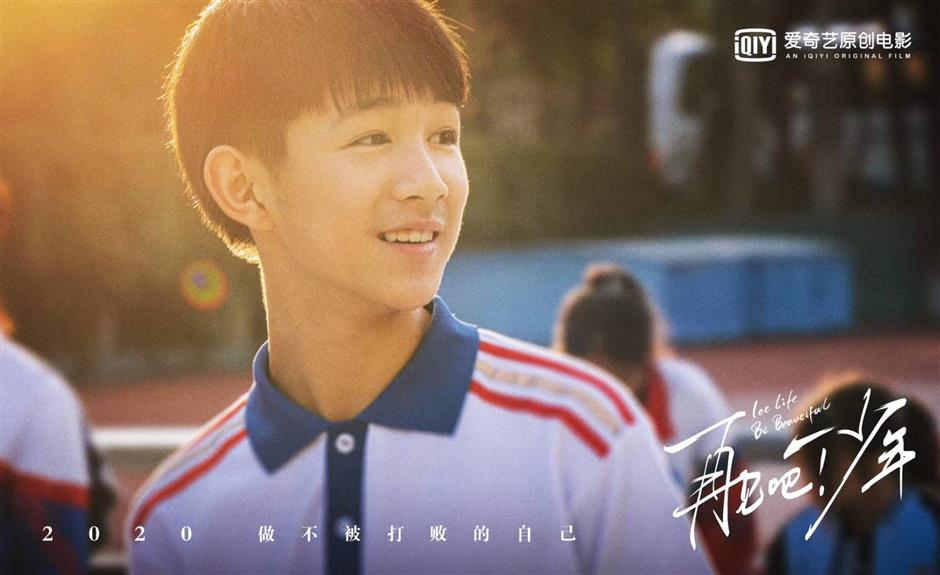 Rong Zishan plays the protagonist in the film “Let Life Be Beautiful.”