The critically acclaimed “To Live to Sing,” a drama film by Ma Nan, is now showing in Chinese cinemas.

Starring Zhao Xiaoli and Gan Guidan, the documentary-style film follows the struggles of a Sichuan Opera troupe. The ensemble has to face up to the reality that they may have to disband because of rapid social changes.

The film was first screened last year at the 72nd Cannes Film Festival, in the Directors’ Fortnight section. It also received the Best Film and Best Actress award at the 22nd Shanghai International Film Festival’s Asian New Talent Awards in 2019.

A special screening was held at the city’s Majestic Theater last week, which attracted rave reviews from critics and film fans. Famous theater director Chen Xinyi said the film reminded her of her own theatergoing experience in childhood.

“The story about ordinary theater performers’ devotion and perseverance in art is so touching,” Chen said.

Singer Zhang Jie, whose grandfather is a Sichuan Opera performer, said the film preserves the elder generation of artists’ spirit and courage. The movie encourages young people to bravely pursue their dreams.

The film’s score was created to combine a flavor of traditional theater and pop music. Elements of Sichuan Opera, such as the opera’s instruments and monologue, are merged into the music. 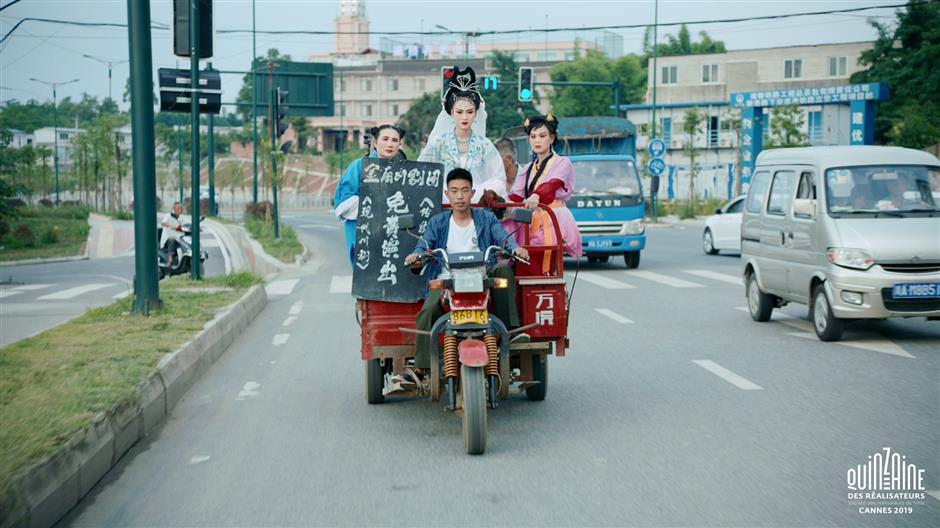 “To Live to Sing”