Described as a “Peking Opera symphonic poem,” the play stars Peking Opera luminaries like Guan Dongtian, Chen Lincang and Zhang Dafa. Instead of singing their roles, they will deliver dialogue, albeit in the tones of Peking Opera.

The play tells the tale of Cai Lun, an inventor and court eunuch during the Han Dynasty (206 BC-AD 220). Popular with the royal court, he was given the official title of Longting Hou, which roughly translates as “marquis.”

The acknowledged inventor of modern papermaking committed suicide a year after the dynasty ended, following a false rumor that linked him to court treachery. The play focuses on Cai’s life, especially his lonely later years.

“I always like telling stories about heroes and digging out the humanistic side of spiritual giants,” said 82-year-old Chen, who has created stage works for historical figures like Emperor Li Shimin, ancient Chinese philosopher Shang Yang and Peking Opera master Mei Lanfang. 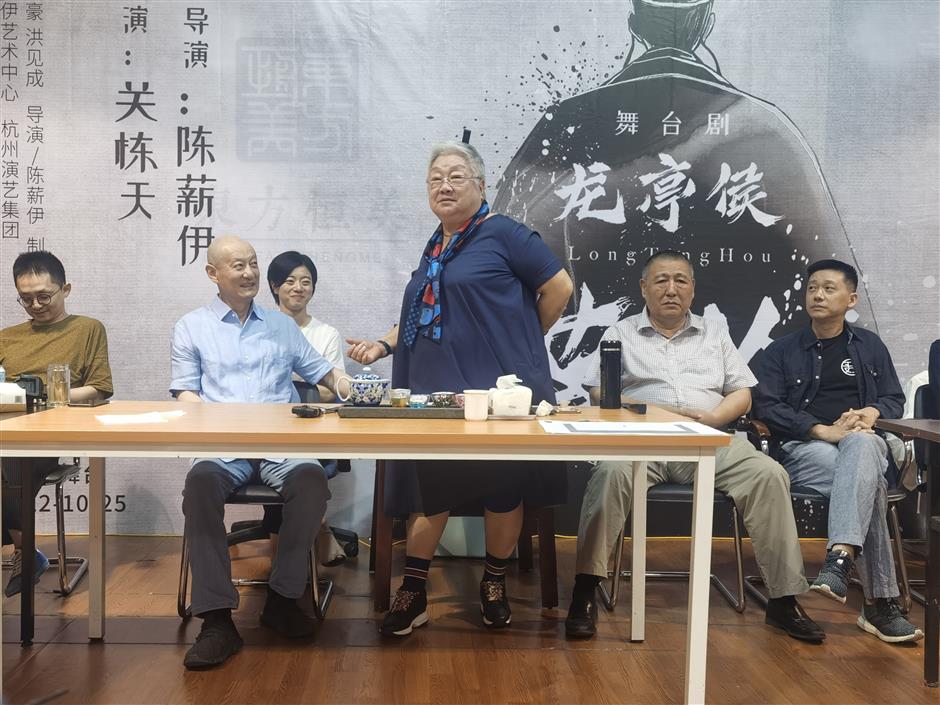 Chen said her works often focus on the personal growth of heroes. Instead of taking history books as a reference for her plots, she prefers to rely on her own research and imagination.

“History books were often written by the ruling class,” she said. “You don’t find truth there, only angles. As a theater director, I need to think about how historical figures and their stories might influence modern audiences in a positive way.”

“I looked for details from the relics of his era,” said Chen. “Heroes who are capable of creating history must have distinguished personalities.”

She continued: “Cai’s father was a blacksmith, so I imaged that Cai had developed his tough character in childhood. But how did Cai win such respect from the emperor? As a eunuch, could Cai have still had offspring? Why did he eventually poison himself? I tried to look for answers and present them in the play.”

“Cai gave up love and family for his ideals and bravely accepted his fate,” Chen said. “It reminds me of the famous quote by Romain Rolland: “There is only one heroism in the world — to see the world as it is and to love it.”

The Strauss work will give the play an even grander vision, she said, because it’s also about a hero’s life.

Peking Opera artist Zhang, 73, is thrilled to be performing in a stage play for the first time.

“I have never acted in a play during my 60-year career,” Zhang said. “Ancient Chinese heroes should never be forgotten. It’s rare to see a work combining Peking Opera elements with drama. For me, it’s a learning process and exciting challenge.”

“Longting Hou” will be staged at People Grand Theater in downtown Huangpu District from October 22 to 25.