Shanghai Dance Theater’s signature work “The Eternal Wave” will start its national tour after the latest round of performances at the Shanghai International Dance Center.

The dance drama has been extremely popular with audiences since its debut in April last year. All tickets for its Shanghai performances from September 2 to 13 sold out weeks before.

“To tell a patriotism-themed story with dance drama and make it attractive is very difficult,” said Chen Feihua, president of Shanghai Dance Theater. “There is no dialogue and we have to use body language to explain the spying and war plots.” 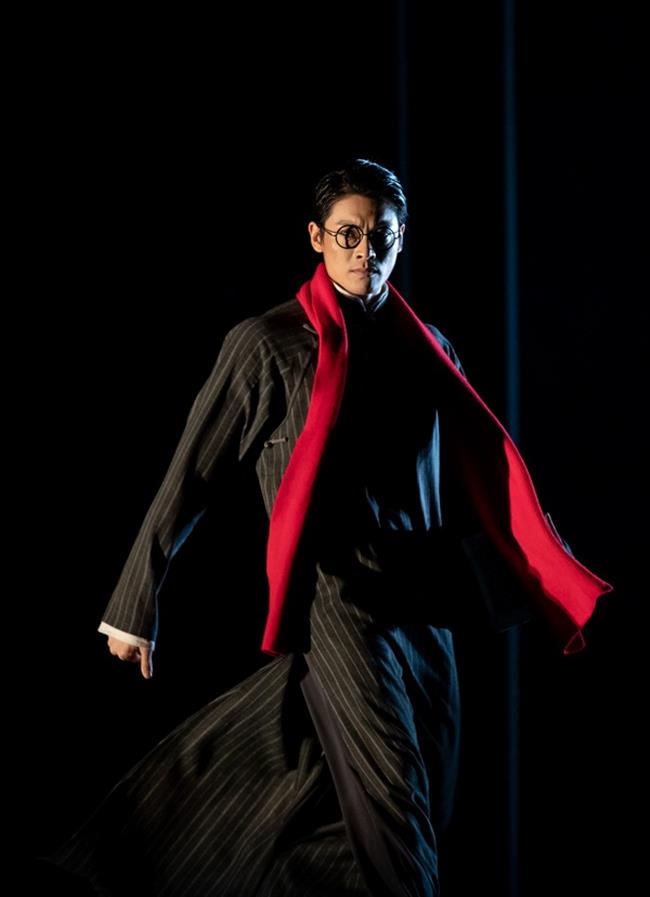 “The Eternal Wave” is based on a real story about Chinese revolutionary martyr Li Bai.

“The Eternal Wave” is based on the real story of Chinese revolutionary martyr Li Bai. Together with wife Lan Fen, the couple risked their lives for 12 years as they secretly passed information over the radio waves. They witnessed the death of numerous comrades. Eventually, Li sent out the last telegraph before bravely sacrificing his life.

The stage design is filled with typical Shanghai elements such as shikumen buildings, narrow alleyways, newspaper stands and tailor's shops. A qipao dance is a highlight of the work.

Han Zhen and Zhou Liya, joint directors and choreographers of the production, said the qipao is a typical impression of Shanghai women.

“Shanghai women are just like their qipao dress,” said Han, a Shandong Province native. “They are beautiful, elegant, and have their own personal pursuits.” 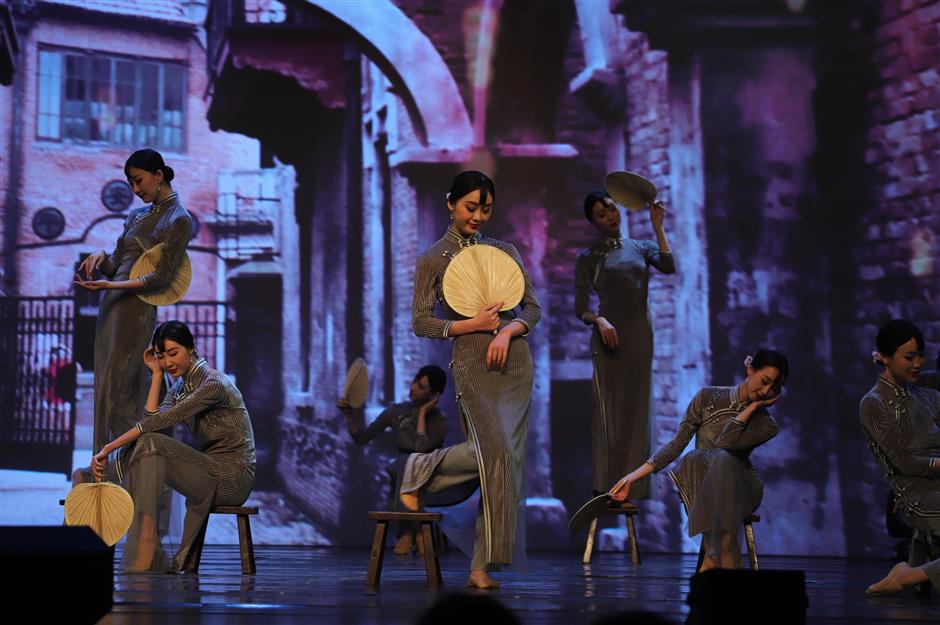 A qipao dance is a highlight of the work.

Beijing native Zhou said that being non-Shanghainese had given them an objective angle during choreography.

“We visited old Shanghai neighborhoods for inspiration,” said Zhou. “Shanghai residents might be too used to their surrounds. But for visitors like us, we are good at finding small details that can distinguish Shanghai people’s lives from others.”

To better understand the characters, the dance theater’s principal dancers Wang Jiajun and Zhu Jiejing visited Li Bai’s former residence in Shanghai to experience the environment and imagine the couple’s lives in those turbulent years.

“I noticed that there was an old wooden ladder leading to their residence, and one has to walk like a cat to avoid making a big noise,” said Zhu, who plays the role of Lan Fen. “I put that detail into my performance, and tried to walk gingerly.”

Chen said it was the well-polished details that had made the work real and attractive to audiences.

“The Eternal Wave” will visit Beijing from Friday to Sunday before going to Shanghai’s neighboring Zhejiang and Jiangsu provinces from September 25 to October 3. It will then be performed in Liaoning, Heilongjiang, Shaanxi, Shandong, Hebei, Guangdong and Guangxi till January.