Comedy drama “Chen Huansheng’s Dining Problem” is being staged at Shanghai Grand Theater as one of the opening performances of the 2020 New Stage Creation Shanghai Showcase.

Chen Huansheng, the main protagonist in Gao’s story, is an indebted farmer, whose life improves alongside the country’s rapid development in the late 1970s. 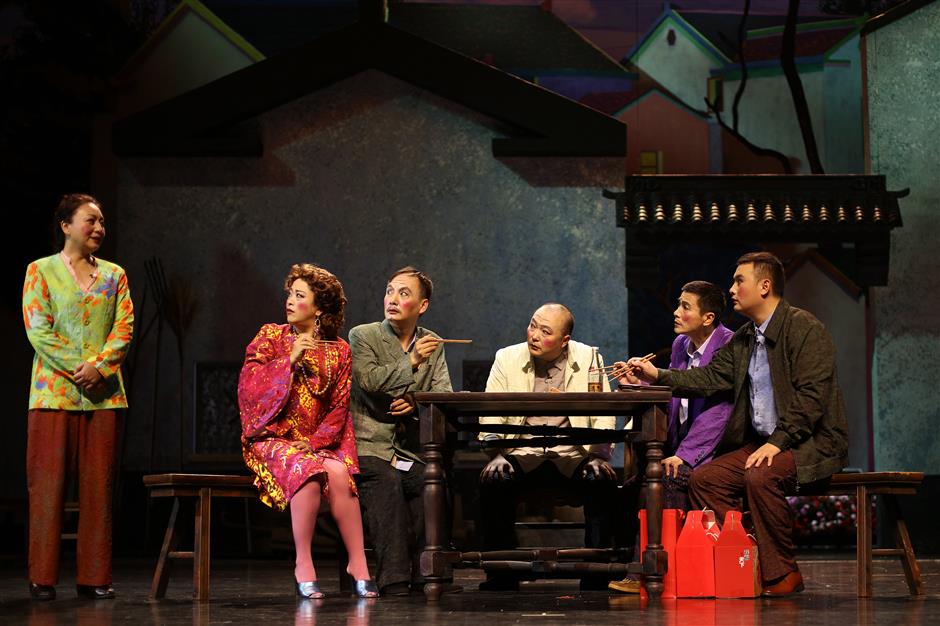 “Chen Huansheng’s Dining Problem” showcases the change in circumstances of Chinese farmers over the past 40 years.

The original story centered on Chen’s experience of doing business in the town. The new work borrows the protagonist from the original story, but a new plot is created for him.

In the play, Chen has to fight against poverty and solve a dining problem for his three children. The work showcases the change in circumstances of Chinese farmers over the past 40 years, involving historical moments of the country’s development since its reform and opening up.

“Chen Huansheng’s Dining Problem” premiered in Changzhou in 2018, making audiences “laugh with sorrow tears.” It was also the opening performance of the 2019 China Theater Festival.

Changzhou Farce Troupe director Zhang Yi, who plays the major role of Chen, revealed his biggest challenge was to illustrate Chen from a young age all the way through to the age of 78.

Furthermore, the story doesn’t follow a linear narrative, it switches back and forth between Chen’s different stages of life.

“It’s the most important role I have ever acted, given the historical significance behind the story,” said Zhang.

“The drama suits audiences of all age groups. The younger generation can better understand the elders’ life experience and struggles through the work.”