Tan, who is always looking for new possibilities in music, linked up with Hanggai to create a new art form of “symphonic rock” around five years ago. Rock music, in Tan’s view, is a pioneering force that directly talks to people.

The performance is expected to be even more experimental, taking the audience on a unique journey, merging several music genres, including classical and modern, Western and folk.

Hanggai, which formed in 2004, tap deeply into the roots of Mongolian folk music while blending it with a contemporary rock style to produce an original, otherworldly sound.

Its seven members will perform some of their signature songs such as “The Rising Sun,” “Horse of Colors” and “The Beautiful Prairie, My Sweet Home” in Shanghai. 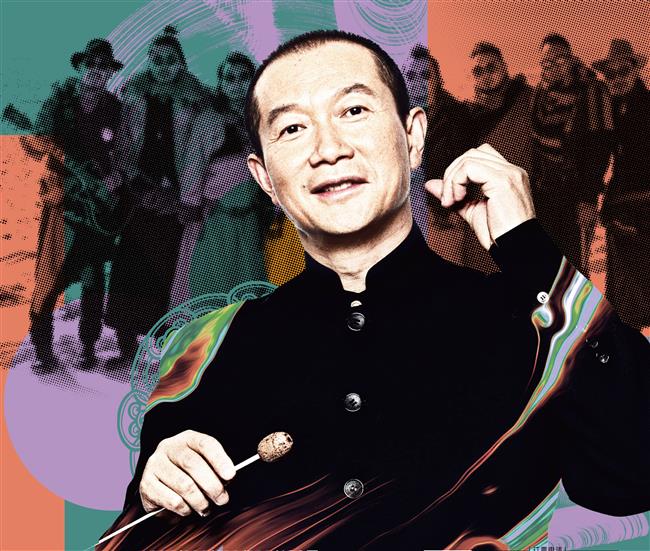 Tan has remixed some of Hanggai’s works and will present them together with the band and symphony orchestra. The recreation was not easy, as symphony and rock have distinctive aesthetic features and presenting skills.

The artists have made quite an effort to make it a harmonious conversation between classical rhythm and calls from the grasslands.

Tan said in earlier interviews that he was always attracted to Bach’s composition, which showcases the profundity of music and reflects the order of the whole universe.

Bach’s music also pays tribute to nature and life, which goes in line with Hanggai’s ethnic music, which is closely connected to nature.