Theater Above to stage new production of 'The Village'

A new production of the acclaimed play “The Village” will be staged at Theater Above next month.

Premiered in Taipei in 2008, the play tells bittersweet stories of people living in Taiwan’s military dependents’ villages. Speaking different dialects and practicing different customs and traditions, people of three generations long for their hometowns but have to start new lives in Taiwan. The play reflects both social transition and the changing environment in Taiwan.

Built between the late 1940s and the 1960s, the military dependents’ villages were intended to house temporarily the soldiers of the Kuomintang and their families who retreated from China's mainland to Taiwan. However, they ended up becoming permanent settlements.

“Military dependents’ villages are unique to Taiwan,” says Stan Lai, writer and director of the play. “It is a story that will be forgotten if not told.”

According to Lai, the idea for the play came from Taiwan's television producer Wang Wei-chung, who once lived in such a village. The play's creators interviewed three families from the village and collected more than 100 stories depicting neighborhood life of the community.

Lai and Theater Above CEO Ding Nai-chu hope the play would bring warmth and faith into people’s lives under the shadow of the pandemic.

The original production was presented by actors mainly from Taiwan. The new Theater Above version will be performed by regular cast members of the theater. The play will be produced in repertory along with Lai’s other hit “Secret Love in Peach Blossom Land.” 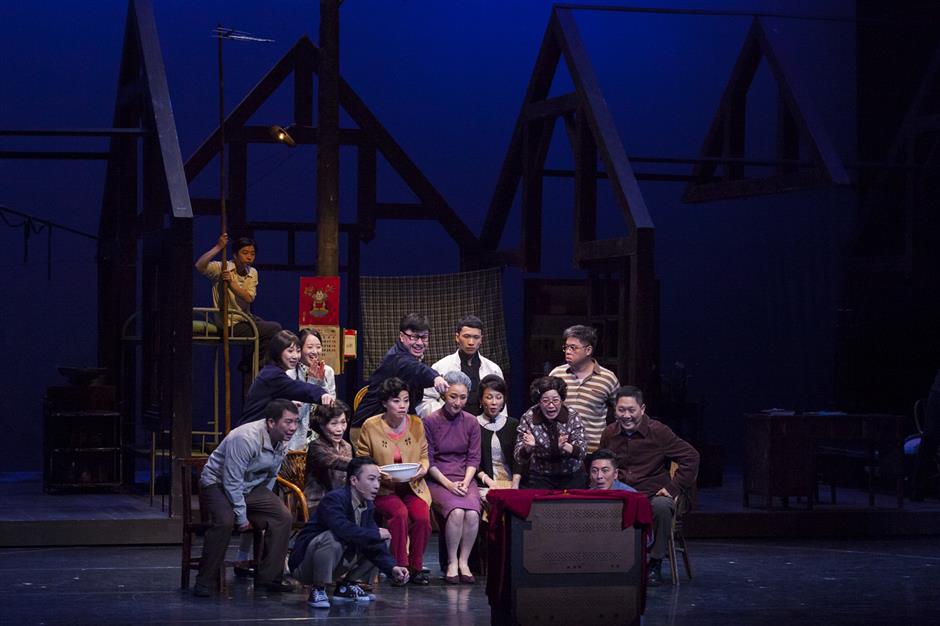 "The Village" depicts the lives of three generations of the people living in a military dependents' settlement in Taiwan.