He Bing, 52, often called the “most underestimated actor” in China, turned that perception on its head recently when he won best actor in the Flying Apsaras Awards, the country’s top TV prize.

The Beijing native won the award for a drama tracking 50 years of life in a traditional city courtyard. It is his first Flying Apsaras, despite winning a bevy of other acting awards, including the top stage prize Plum Performance Award.

He is a cool, reserved actor who has played such a variety of roles in highly acclaimed TV series that people are sometimes surprised to discover the roles were played by the same man.

The Flying Apsaras awards are named after a spirit of the clouds and waters in Hindu and Buddhist culture. The trophy is sourced from the ancient frescos of flying apsaras in Dunhuang’s Mogao Caves.

He was up against some stiff competition for the best actor award. Other nominees included famous actors in highly rated TV shows. The jury, in making the award, said he is a “very good actor.” 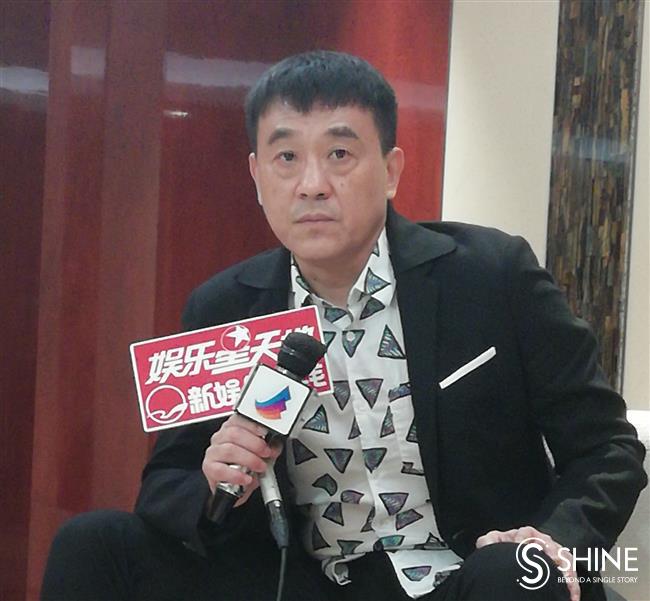 He impressed the younger generation in May, when he appeared in a Youth Day video on a streaming site primarily aimed at those born after the 1990s.

“Looking at you, I’m full of envy, respect and gratitude,” he said in a magnetic voice in the four-minute video that featured footage of young people using the latest technology, surfing, painting and traveling abroad.

“Those who complain that every next generation isn’t as good as the last should look at you,” He said. “The world will like China more because of you.”

The title of the video, “Rear Waves,” was based on a Chinese idiom: “The rear waves of the Yangtze River drive those that came before.” It has come to mean the young and the fresh catch up and overtake those who are older.

He, who by then had posted only nine tweets on his 3-year-old Weibo account, was apparently an “old wave” making a new-age video that came as somewhat of a shock to “rear waves,” who harbored only vague memories of having seen him in old TV reruns.

The video went viral and even stirred a bit of controversy. Some netizens were gratified to see such a respected person from a different generation acknowledging the younger generations. Others wondered if it was all a gambit by a middle-aged actor seeking to appease younger audiences.

“For me, it was just another job,” He told Shanghai Daily earlier in the year, when he made his first public appearance after the video was released.

That was all he cared to comment on the controversy.

But he was willing to discuss generational differences that have created criticism of up-and-coming young actors as “little fresh meat” — a reference suggesting good looks but little talent.

He said he objected to the term, along with the term “old drama bone,” which is often used to describe accomplished older actors.

“When you think about life, it’s like a conveyor belt,” He said. “You have those who are 20, 30, 40 and other ages on the belt at the same time. It’s moving and it’s a continuum. Why separate them by age? Acting should not be judged by age.”

Discussing the time spent cooped up at home during the coronavirus pandemic, he revealed an “old wave” lapping on new shores.

“I rarely watch foreign TV series, but I asked my son for recommendations of some of them when I was stuck at home,” he said.

“He strongly recommended ‘Game of Thrones.’ To be honest, I couldn’t finish it,” he said. “I watched a few episodes, but all I saw was violence and sex. That is nothing new, is it? There were some other series he recommended that I did find intriguing.”

As the pandemic was controlled in China, He returned to his career. Shooting began in June on his next TV show, in which he plays a policeman trying to find out why a friend has become involved in a criminal case.

He said he was also looking forward to returning to the stage in live drama.

“I have a contract with the Beijing People’s Art Theater, and I acted there until the pandemic closed theaters,” he said. “There is something exciting and irreplaceable about stage plays, especially in the interaction with live audiences.”

His career in stage, movie and TV productions was a slow climb up the ladder — from roles with no lines to starring roles.

In many interviews, he has recalled the numerous times he was turned down by directors because he wasn’t good looking enough.

Unlike other ancient judges of the time, who mostly stayed in their offices, Song insisted on examining the scenes of crime and often conducted his own forensic work. The book recorded many of his methods, such as boiling human bones in hot water to detect wounds or blood unseen by the human eye.

He was the director’s fifth choice for the role after the top four all bowed out because of other commitments. His convincing performance turned a mere name in history books into a living person. The TV show was the highest rated that year.

“There is no so-called ‘historical’ TV show or ‘historical’ movie,” He said. “Only contemporary ones because they are made now and we are playing now. Whatever costumes I wear, even if they are from thousands of years ago, I am still acting in a contemporary drama because we can only express those times from personal experience. We can talk about today through ancient stories.”