With spectacular visuals and impressive vocals, the original Huiju Opera “Huiban” chronicles the development of the regional art form and its profound influence on other theatrical arts.

The play debuted at the Majestic Theater in Shanghai on Tuesday. Another performance will be staged on Wednesday night.

The play tells the story of Huiju Opera performer Xiao Jiaotian, who innovated the form with diverse elements from other performing arts.

Over the past decade, the play’s producers at Huijing Theater in Anhui Province have also been engaged in preserving classic and ancient plays of Huiju Opera while creating new performances for a modern-day audience.

During the Qing Dynasty (1644-1911), Huiju Opera troupes performed to a wide audience in Beijing. In 2006, Huiju Opera was included in the first batch of national intangible cultural heritage. 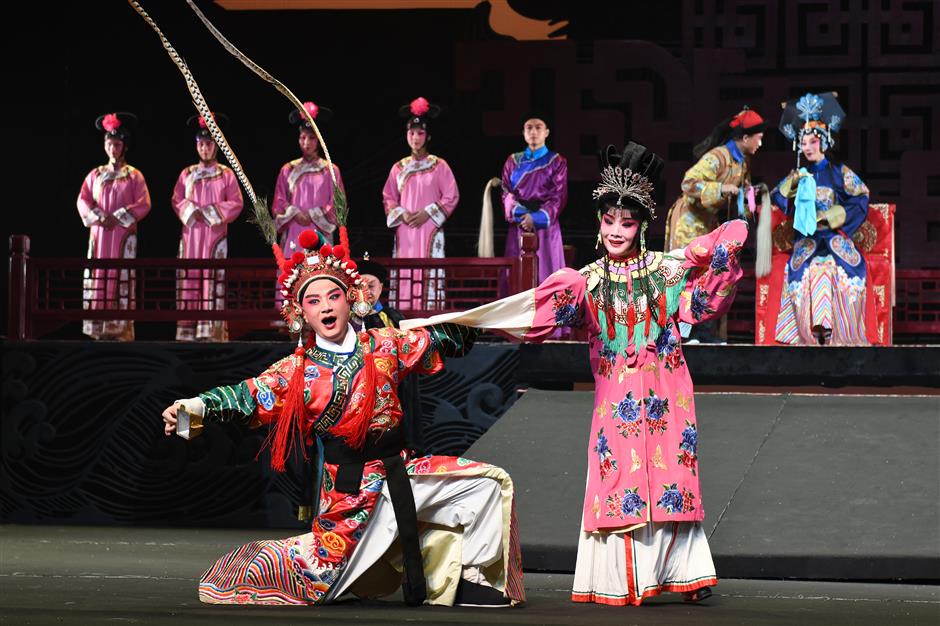