Action-packed fantasy movie “Hellboy: Rise of the Blood Queen” is slated for national release on November 9.

The film is helmed by celebrated director Neil Marshall, whose credits include thriller film “Doomsday,” “Game of Thrones Season 4” and “Westworld Season 1.”

Starring David Harbour and Milla Jovovich, the film, based on the Dark Horse comic book, is centered on the battle between the half-demon superhero Hellboy and a revengeful ancient sorceress.

Hellboy, a supernatural being and the son of a fallen angel, has to stop the blood queen’s attempt to ruin the human world with his super power.

The original graphic novels by Mike Mignola have developed a big fan base around the world. Lavish fight scenes between Hellboy and a variety of monsters are featured in the movie with compelling visual stunts.

Jovovich, known for her roles in “The Fifth Element” and the “Resident Evil” franchise, challenges herself with a villain role this time. In Jovovich’s eyes, the character is witchy, cool and also sweet.

Compared with former “Hellboy” movies, the film further explores Hellboy’s inside emotional world and his complex feeling of killing the monsters. In addition to the superhero elements and scenes, the film is also about humanity and growth. 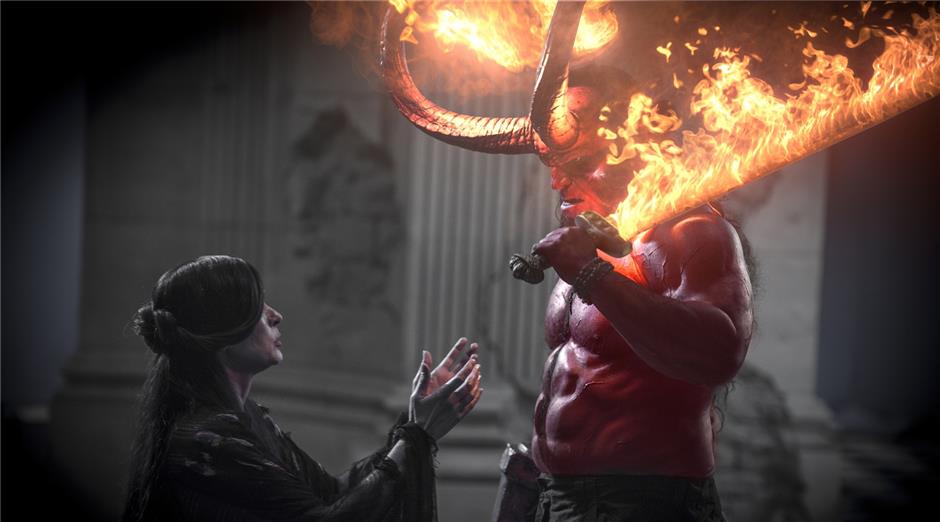 “Hellboy: Rise of the Blood Queen”