The Shanghai Art Film Federation is presenting a film exhibition at Tianshan Cinema to commemorate the centennial anniversary of the late movie star Zhou Xuan’s birth.

One of China’s most celebrated actresses and singers, Zhou — who tragically died at the young age of 37 — is a household name in China who rose to fame in the 1937 drama “Angels on the Road.” The film’s theme songs sung by Zhou — “Song of Four Seasons” and “The Wandering Songstress” — were huge hits at the time.

Following the success of “Angels on the Road,” Zhou starred in many movies, including drama “An All-consuming Love” and the romantic comedy “Orioles Banished From the Flowers.” Her portrayal of a wide range of characters was praised by both fans and critics.

In 1995, Zhou was honored with the China Century Film Best Actress Award.

Seven movies produced at different stages of Zhou’s career have been digitally restored and are screened at the exhibition. Organizers said the exhibition not only pays tribute to Zhou’s artistic achievements, but also displays the dynamic culture and charm of Shanghai.

Set in 1930s Shanghai, “Angels on the Road” was directed by renowned filmmaker Yuan Muzhi. Starring Zhou and Zhao Dan — one of the most famous Chinese actors at the time — the film is a love story that examines the miserable lives of people at the bottom rung of society.

“The West Chamber” (1940) is based on a classic Chinese play of the same name, a tale of love between a young scholar and the daughter of a prime minister.

“The Night” (1941) directed by Zhang Shichuan is based on a Zhang Henshui novel, a love story between a young orphan and a coachman.

“An All-consuming Love” (1947), a film about love and friendship, inspired Hong Kong filmmaker Wong Kar-wai’s “In the Mood for Love.”

“Do Not Fail Youth” (1947) is a comedy critical of China’s feudal marriage system but in support of free love.

“Orioles Banished From the Flowers” (1948) is a romantic comedy about love and misunderstandings.

“Song of a Songstress” (1948) is a tragic story about a nightclub singer who accidentally discovers the shocking truth about her parents.

The exhibition ends tomorrow. Tickets for each screening are 60 yuan (US$8.45). Online ticketing is available on mobile apps Taopiaopiao and Maoyan Movie. 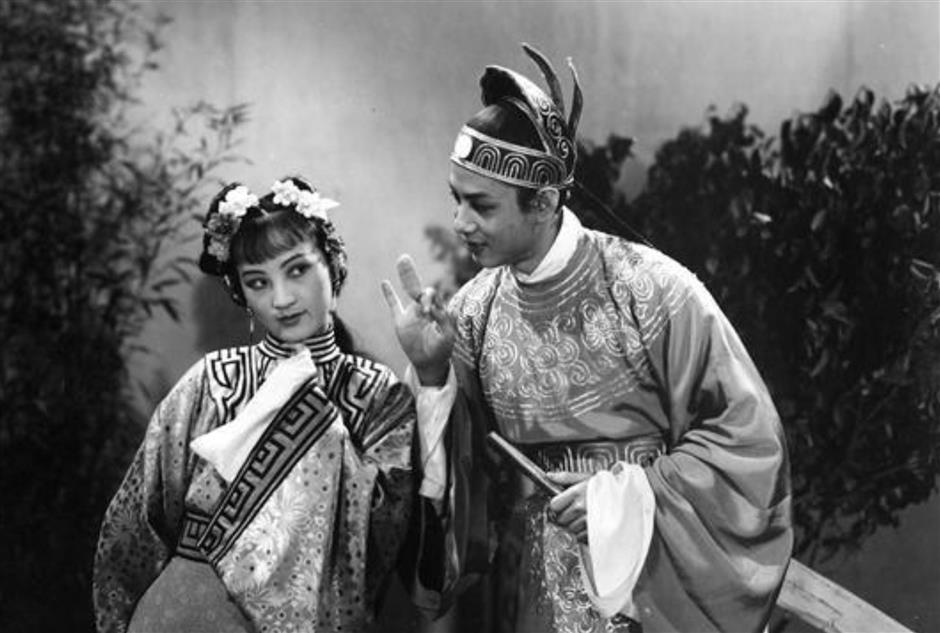 Zhou Xuan starred in “The West Chamber” (1940) based on a classic Chinese play.