Theater adds variety to its usual staple of stage musicals

SAIC Shanghai Culture Square is soldiering on amid continuing coronavirus restraints to slake the thirst of theatergoers for live performances by reaching beyond its usual repertory of stage musicals.

The venue will be presenting stand-up comedy and some of the best domestic drama productions in 40 performances in the next three months.

Stand-up comedy is seeing a rapid increase in popularity among the younger Chinese generation. Shanghai-based Fun Factory and Beijing’s Danliren Comedy are the two leading companies in that genre.

“It’s an exciting opportunity, but also a challenge for our comedians, who are more used to smaller and private stages,” said Fun Factory Vice President Liu Lijuan.

According to Liu, the company has tailored a stage setting and backdrop for the performances on December 15 and 20 at Culture Square. Two screens on either side of the stage will provide close-ups of the comedians so audiences can fully appreciate their facial expressions.

The two domestic dramas to be staged at Culture Square in January are “Ordinary World” and “White Deer Plain,” both presented by the Shaanxi People’s Art Theater.

“Ordinary World” is adapted from the award-winning novel of the same name by acclaimed writer Lu Yao. It portrays the lives and struggles of people in rural Shaanxi Province in the 1970s and 80s.

“White Deer Plain” will be staged at SAIC Shanghai Culture Square in January.

“White Deer Plain” is based on Shaanxi writer Chen Zhongshi’s eponymous novel. It is the signature work of the troupe and has been staged some 350 times in 48 cities around the country in the past four years.

“White Deer Plain” explores humanity and the destiny of ordinary people living in a time of turmoil. The performance features Shaanxi dialect and Qinqiang, a regional folk opera in northwestern China.

Each of the two dramas involves some 100 performers. Some actors in “White Deer Plain” are as old as 70, and the Shanghai performances may be their last stage appearances.

According to Fei Yuanhong, Culture Square vice general manager, the venue has always been cautious about staging drama productions in the past.

“It’s a big theater, and audiences sitting on the third floor would hardly be able to see the performers’ faces clearly,” said Fei. “That’s why we have favored musicals and larger-scale works.”

He added: “While stand-up comedy targets younger market, epic dramas represent our persistent efforts to introduce audiences to quality performances. We are seeking to widen the art genres in the venue, striking a balance between new creations and traditional shows.”

Musicals still remain the Culture Square’s strong suit. Six musicals will be staged in the next three months, four of them in Shanghai debuts.

“The Vagabond Song” is a new creation that gathers together some of China’s best folk musicians and balladeers: Xiao He (He Guofeng), Wan Xiaoli, Zhang Weiwei and Guo Long. It’s the first time the musicians, who are also in charge of musical composition and production, will be performing here.

According to director Yan Nan, “The Vagabond Song,” to be performed on December 11 and 12, showcases the musicians’ dreams and attitude toward the world. It also highlights their fondness for music as an emotional bond connecting people.

“Most musicals have a storyline like a novel, but our production is more like a poem,” said Yan. 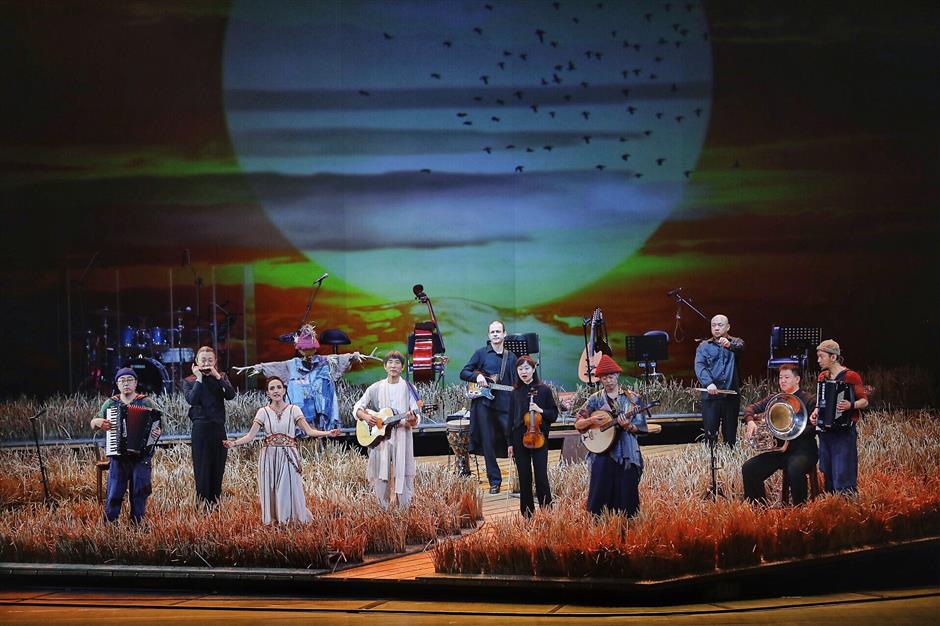 “The Vagabond Song” presents the dreams and world view of musicians.

The musical “On the Road” is another show on the playbill, with popular musical actor Ayanga taking the lead role.

The work, to be staged on January 7-10, is adapted from a domestic TV series of the same name, focusing on the development of China’s express delivery industry in the past two decades.

The other two musicals making their Shanghai debuts are the original musical “Soul Ferry: Eternity” (December 4-6) and “Musical Taru,” (January 30-February 3), which is an interactive production for children.

The musical “Into the White Night” will be staged on December 24-January 3. Adapted from Japanese author Keigo Higashino’s signature work “Journey Under the Midnight Sun,” the Chinese musical is faithful to the original novel. It will feature star actress Han Xue and musical actor Liu Lingfei.

“Into the White Night” has staged nearly 100 performances around the country since its debut in 2018.

Culture Square’s self-produced musical “Spring Awakening” will return to the stage on January 21-24. Based on the 1891 German play by Frank Wedekind, the work centers on coming-of-age youth. It follows several teenagers as they come to grips with their inner souls and the outward tumult of their sexuality. 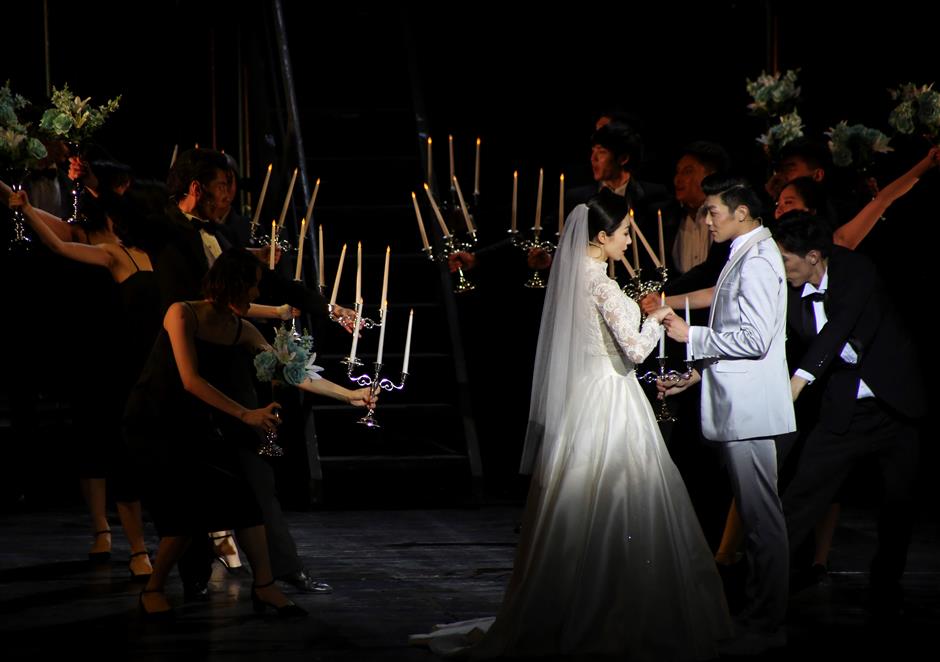