To commemorate the 70th anniversary of the Chinese People’s Volunteer Army’s participation in the Korean War, “Shangganling,” a multimedia play depicting a heroic battle during the war, will be staged at Shanghai Grand Theater on December 18-20.

The play tells the story of CPVA soldiers valiantly defending Shangganling, also known as Triangle Hill, during 43 days of intense fighting amidst a lack of food against enemy troops equipped with superior artillery and aircraft.

Renowned skit and sitcom actor Huang Hong wrote the play and portrays a military cook in his first theatrical appearance. The 60-year-old rose to fame through his comedic roles at the CCTV Spring Festival Gala in the 1990s.

“I have been a military man for 40 years,” said Huang.

“I always summon the heroic spirit of the soldiers who battled on Shangganling to inspire myself whenever I encounter difficulties. It’s a real honor to participate in this play.”

For producer Li Dong, the challenge was giving the patriotic story a modern twist. He invited Gao Guangjian, stage design chief of the National Center for Performing Arts, and Mo Xiaomin, costume designer for the film “The Emperor and The Assassin,” to join the production crew.

“The stage effects are so vivid and colorful that audiences may get the feeling they’re watching a film,” said Li. “But the explosions are more real than a film because they’re happening right in front of them.”

The play premiered in Shanghai on October 1 and has been well received in performances across China. 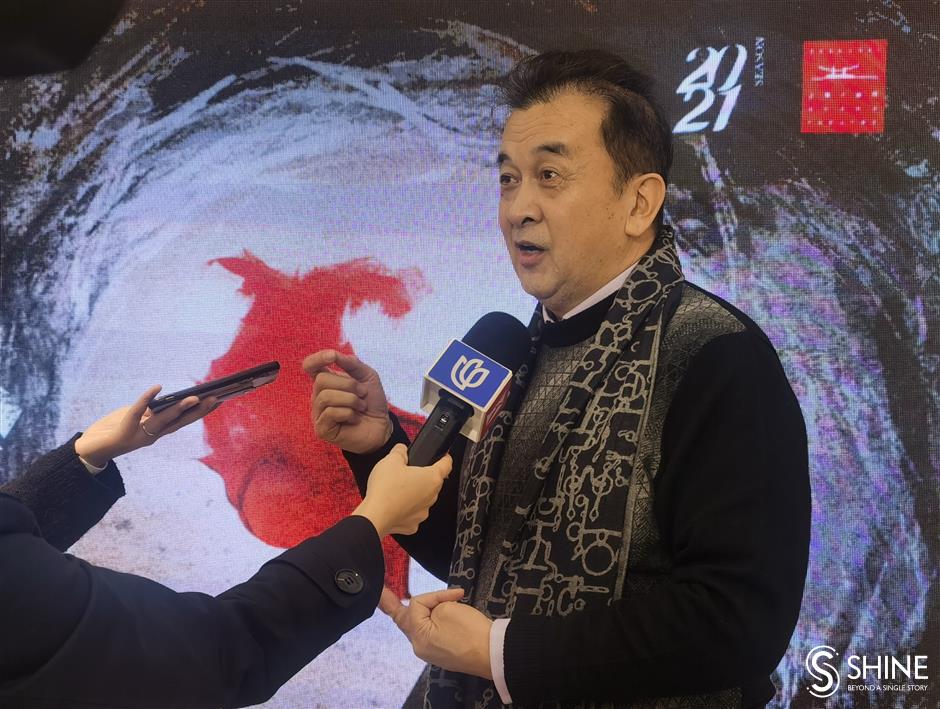 Actor Huang Hong, who plays the lead role, answers questions from the media.