'The Croods: A New Age' to hit cinemas across China

“The Croods: A New Age,” a sequel to the 2013 box-office sensation “The Croods,” will begin its theatrical release in China on Friday.

A joint effort of Universal Pictures and DreamWorks Animation, the animated film by Joel Crawford is about the new challenges facing the Croods who have already survived dangers and disasters such as prehistoric beasts and the end of the world.

Well-known Chinese actors, including Lin Gengxin, Zheng Kai and Guo Jingfei, lend their voices to the Chinese-language version. All of them are fans of the first installment.

Seven years ago, “The Croods” made about 394 million yuan (US$56 million) in theaters on the Chinese mainland. It was the highest-grossing animated film shown in China in 2013.

The sequel will retain its amusing storyline, stunning visuals and heart-warming scenes about family bonds. 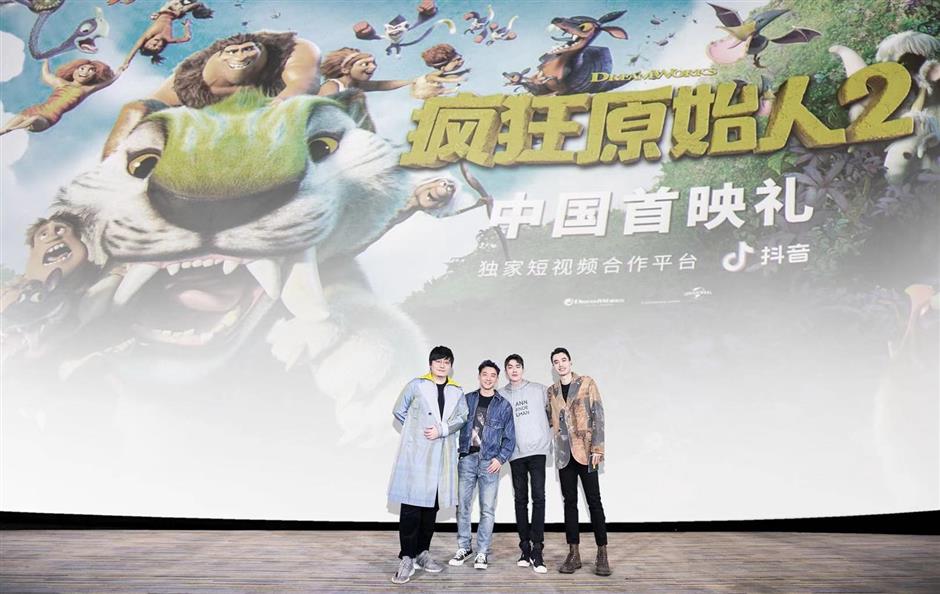 The dubbing cast of the film