"The Guilty,” the latest offering by theater director Lu Yisha, is being staged at the Shanghai Dramatic Arts Center.

The stage production is adapted from the well-received Danish suspense thriller film “Den Skyldige,” which was the directorial debut of Gustav Moller at the 2018 Sundance Film Festival.

The story follows a police officer (Asger Holm), who answers an emergency call from a kidnapped woman. He has to analyze the fragments of information from the call and is in a race against time to save her. But as the search for the woman continues, he comes to realize that he is dealing with a crime that is far bigger than he first thought.

Award-winning actor Xu Shengnan plays the lead role of police officer Holm. Xu, a graduate from the Shanghai Theater Academy, is well-known for his parts in suspense theaters, such as “The Mousetrap,” “And Then There Were None” and “Secret.”

Xu said the most challenging part of the role was to capture the attention of the audiences during the long-time phone connection with the kidnapped woman.

“In the movie, a close-up shot can bring great details of an actor to the viewers,” said Xu. “But facial expression and gestures in drama are not that visible for the audience who sit at a distance from the stage.”

Xu added Holm is a very subjective person who usually follows his intuition. Therefore, he doesn’t want to limit the character to that of a police stereotype. Instead, he manages to create complex human behaviors and emotions of his character, and thus the tension in the play.

Although the original movie is more like a monodrama, with only one main character, director Lu has made some creative changes to the theater adaptation. Props and settings relating to the cop’s imagination and reasoning are presented on the stage to make the play more immersive.

The drama explores the weakness and complexity of humanity with an intricate, twisted and surprising plot. However, a remarkable healing shall take place as a result of one’s own reflection of the truth. 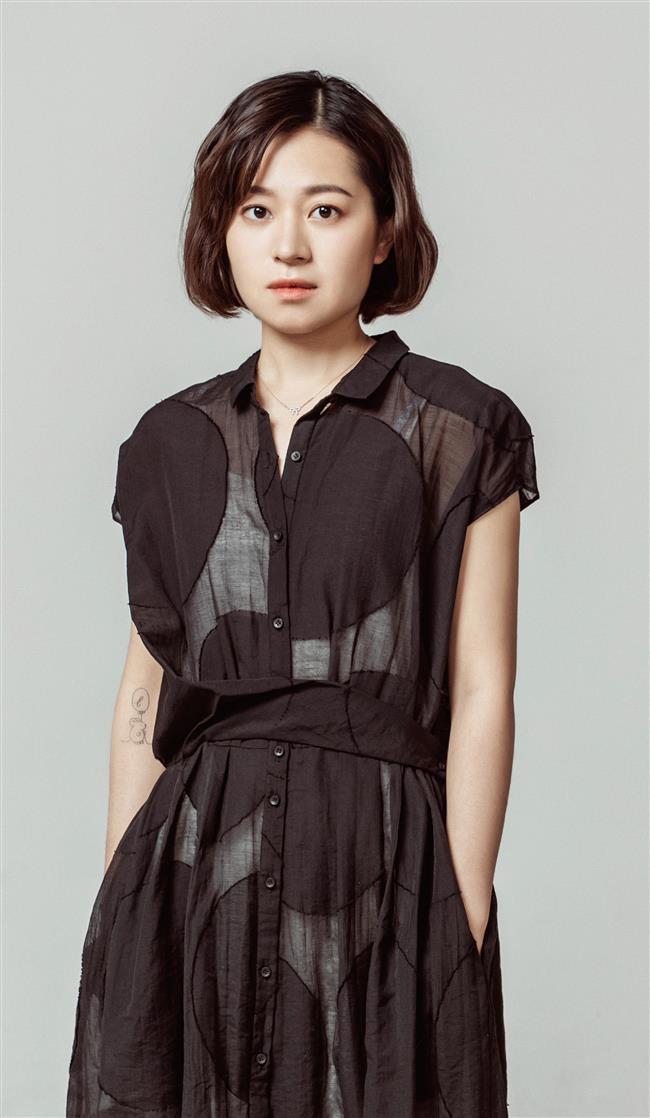 Director Lu has a Master of Arts from King’s College, London in Theater and Performance Studies. She once combined the elements of Black Light Theater of Prague with Chinese puppetry in the children’s drama “The Solar System.” The play was staged in Shanghai in 2017 and well received.

Lu said that she wants to dabble in different fields of theater. As for “The Guilty,” she said she was first attracted to the movie’s script and acting.

“It is a very complex and in-depth story,” she said. “People usually make subjective and irrational decisions. It’s really difficult for us to be completely objective.

“The challenge of adaptation mainly lies in how to write a brand new script for the stage. We must conceive the visual scenes based on the protagonist’s imaginations and feelings.”

Veteran stage designer Tan Hua, whose credits include Kunqu Opera “The Four Cries of the Gibbon” and stage drama “Bound Feet Blues,” has also made many efforts in the presentation of “real” and “imaginary” scenes with his design of the backdrop layout and lighting.

He uses mirrors to divide the stage into two areas, one for reality and the other for imagination. Lighting is creatively used to mark or blur the boundaries between the two areas as the story goes on, while the main protagonist making quick switches in acting between the two different areas. 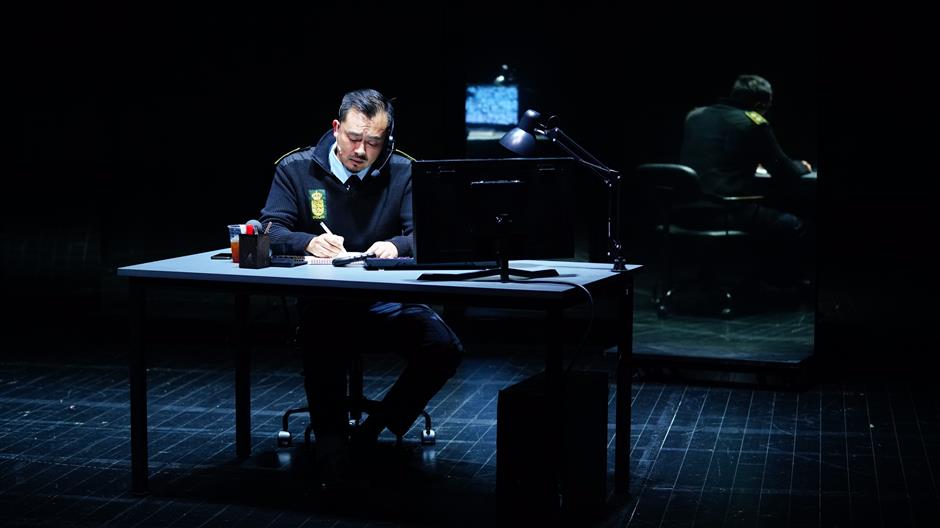 A scene from “The Guilty”