Theater Above celebrates 5th anniversary with new version of 'The Village'

Stan Lai’s Theater Above in Shanghai's Xujiahui celebrated its fifth anniversary over the weekend, as the playwright from Taiwan and his wife Ding Nai-chu, the theater's CEO, were part of the audience for Lai’s signature play “The Village."

The acclaimed play's original production was performed primarily by actors from Taiwan. Due to COVID-19, Theater Above has introduced a new version of the play performed by the theater's regular cast members.

The play tells bittersweet stories of people living in Taiwan’s military dependents’ villages. Speaking different dialects and practicing different customs and traditions, three generations of people begin their lives anew on the island while longing for their hometowns. 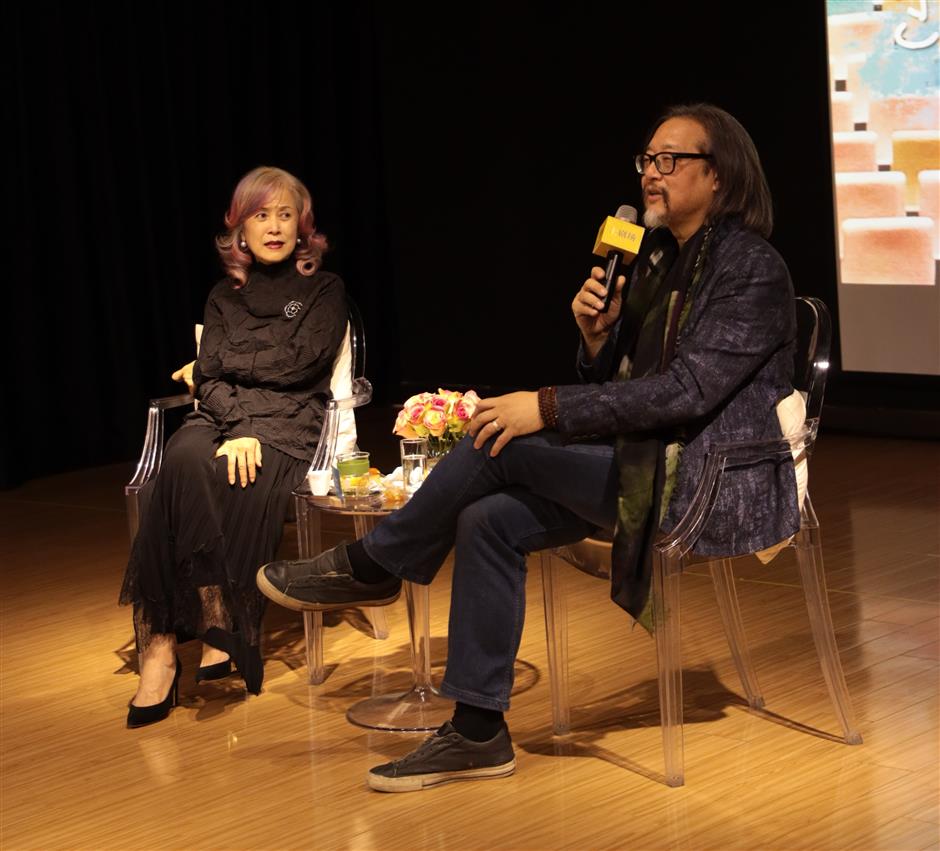 “The average age of Theater Above's actors is about 10 years younger than the original Taiwan cast. I spent three days sharing stories of the military dependents’ villages with them, and they found their own ways to make up for a lack of life experiences,” said Lai.

“Our dramas usually tell contemporary stories. I didn’t expect this play to be performed for as long as 12 years. We added some historical background to the actors’ lines to help new audiences better understand the story.”

He added: “This theater was an impulsive dream. To me, a modern theater or theater of the future shouldn't be shaped like a palace hall. To watch a play should be as common as shopping or eating in a restaurant. Our survival relies on box office and audience support. Theater Above will continue searching for a healthy development mode.” 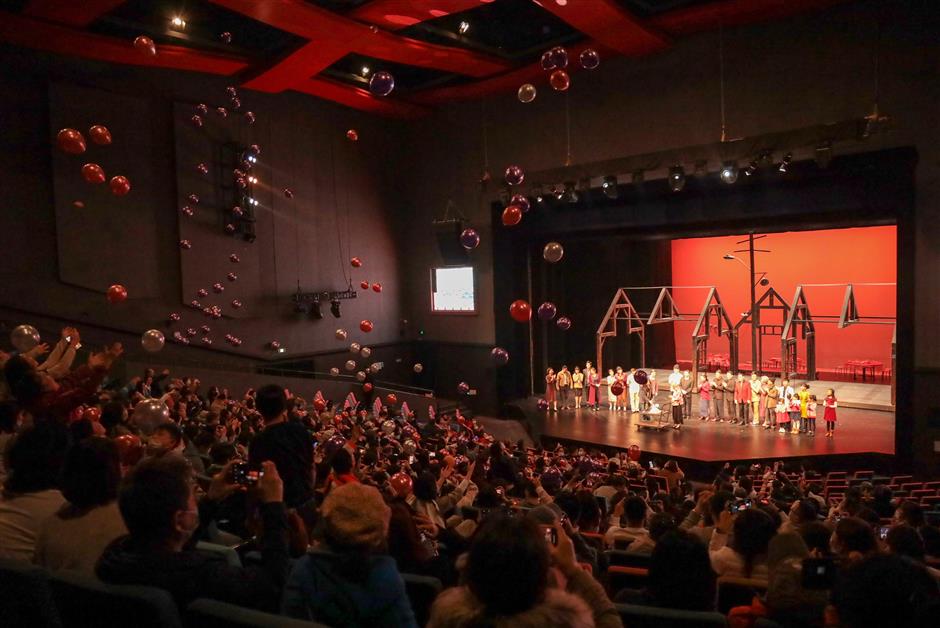 The audience and cast celebrate Theater Above's fifth anniversary at the end of a performance.

According to Lai, several Theater Above-produced plays will kick off national tours at the beginning of 2021.

“One One Zero Eight,” featuring renowned actress Ni Ni, will be performed at Theater Above before moving on to Beijing’s National Center For the Performing Arts.

“Millennium Teahouse,” a fusion of traditional crosstalk and contemporary theater, will be performed in five cities, including Hangzhou, Guangzhou and Xiamen. “Writing in Water,” a Theater Above Live production, will also tour.

Due to the pandemic, Lai spent months in Taiwan where he completed a plan he's had for years — translating his 12 plays into English. The plays' scripts will be published by the University of Michigan Press next year.

“The purpose is to let our foreign counterparts know about Chinese plays and what Chinese theater practitioners are doing,” said Lai.