Much of the folk music that entertained the masses during the Middle Ages in France was provided by troubadours who traveled from town to town.

The concept of wandering balladeers has found a modern twist, with performances of an original musical called “Vagabond Song” at the SAIC Shanghai Culture Square last week.

And who better to understand the concept of wandering minstrels than a Frenchwoman?

“The idea came two years ago at a photo exhibition, where pictures of musician friends that I took 20 years ago were on display,” said photographer Anaïs Martane, 41, who grew up on the French Riviera. “Those were beautiful days to remember, so we decided to form River Band and started playing music together again.” 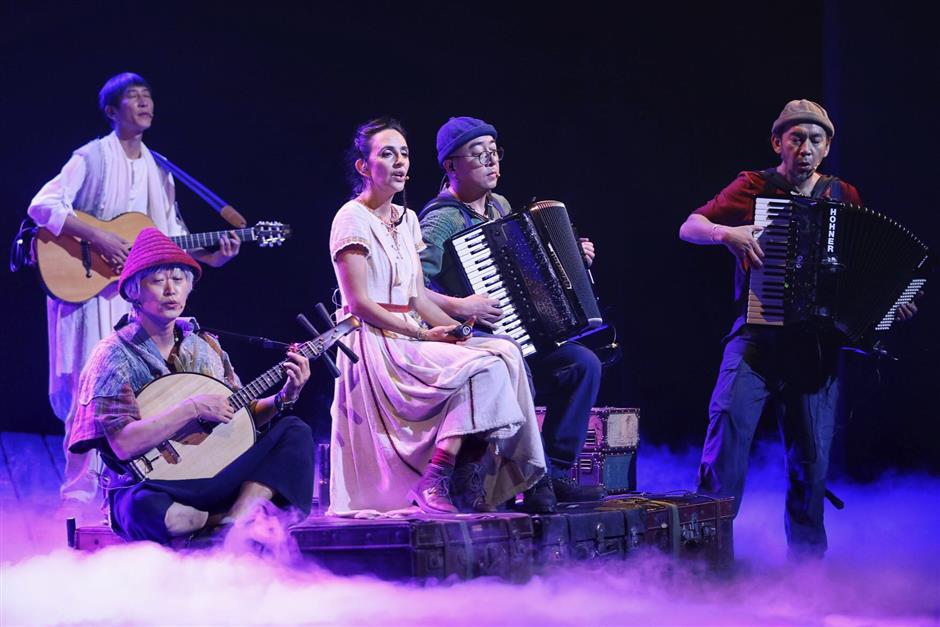 “Vagabond Song” is like “a concert with a storyline.”

Martane was an international student when she encountered her musician friends in a bar called River in Beijing, which was owned by Xiao He. Martane became their photographer at the beginning of their two-decade-long friendship. The bar no longer exists, and all the singers are now in their 40s.

“I’m into theater art these days,” she said, “so it was natural that I got the idea of taking my musicians friends to perform in a theater rather than the live venues where they usually perform.”

She went on to explain: “But it’s a bit awkward to simply sing songs on a big theater stage. So we created a plot to link all the songs together. It’s more like a concert with a storyline than a stage musical.”

The creation of a typical stage musical typically takes years. Martane and her group spent only six months getting “Vagabond Song” stage-ready.

“I’m very happy that our production turned out to be totally different from a standard Broadway musical,” said folk singer Zhang.

Martane played the role of Ann in “Vagabond Song,” which tells a tale of searching and wandering. 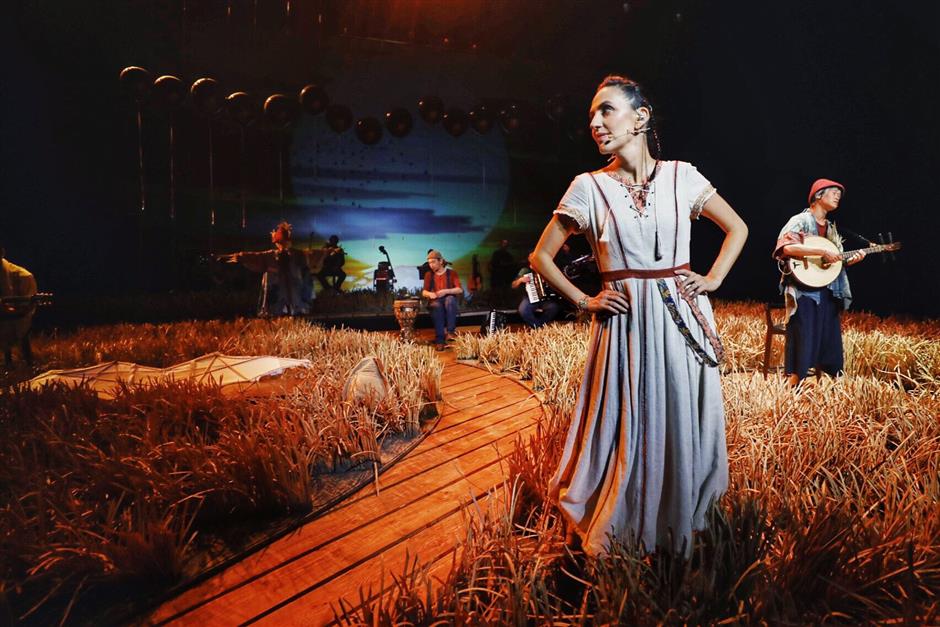 Anaïs Martane plays the role of Ann in “Vagabond Song.”

The story is set in the distant future, when the sea covers the Earth. Ann finds a book undersea that recounts the myth of “Cloud Island,” a wonderland that never sinks.

Ann starts a journey to find Cloud Island. Along the way, she encounters strangers, including “lonely bird” played by Wan, a pair of brothers played by Zhang and Guo Long, and a mad singer played by Xiao He.

Despite her failure to find Cloud Island, Ann feels healed by the songs all the strangers sing, and she comes to realize that happiness lies in the process of seeking rather than in reaching a destination.

“Folk musicians are often attracted to freedom and uncertainty,” said Martane. “The production’s theme of wandering suits our personalities well. We didn’t really know what to expect in terms of how this performance would turn out. We were just wanderers who didn’t care about the destination.”

The musicians composed the music for “Vagabond Song.” Zhang and Guo, who are theater fans, assisted director Yan Nan in the staging and character development. 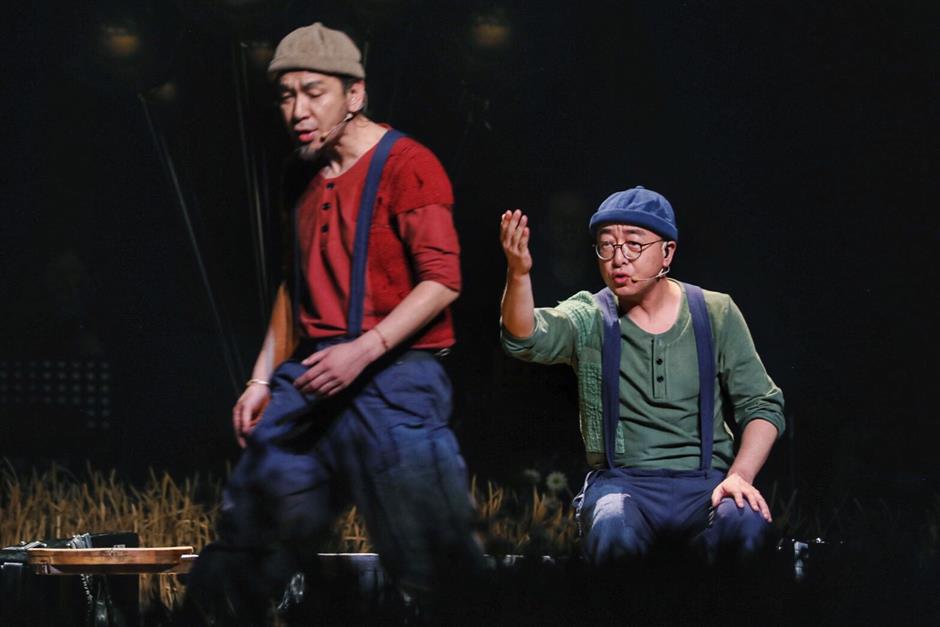 “We didn’t want to create a Broadway-style musical because so many people are already doing that,” explained Zhang. “This is more fun and maybe a new genre of performance. We are all playing ourselves on the stage.”

According to Xiao He, all the performers received some stage-acting lessons during the process of creating and rehearsing the musical.

“We are not professional actors, but I can honestly say that we all have tried our best,” he said.

Only three of the 15 songs in the show are new. The rest comprise signature pieces and favorite songs of group members.

After the performances in Shanghai, “Vagabond Song” heads for a performance in the southwestern city of Chongqing.

“Our River Band plans to gather once a year for a musical performance,” said Martane. “It’s like an annual get-together for us. We just want to sing together until we grow old.”