For aspiring stage musicals, finish line is in sight

Births don’t happen overnight. It can take a panda up to 160 days and an orca whale up to 18 months to produce an offspring. New musicals equally take time to gestate.

So it is with four original Chinese musicals that emerged from the 2020 Shanghai International Musical Festival’s “cultivation” project that began early this year. They are wending their way through the long process between conception and production.

After professional mentoring and revisions, the four finalists in the music competition were finally ready last week for preview stage performances before potential investors and promoters.

The festival project aims to nurture the creation of new, original musicals and get the best of them stage-ready.
Nearly 150 musicals entered the 2020 contest for such recognition. The finalists are “Where Are You,” “Unable to Access,” “South Wall Plan” and “Two People’s City.” 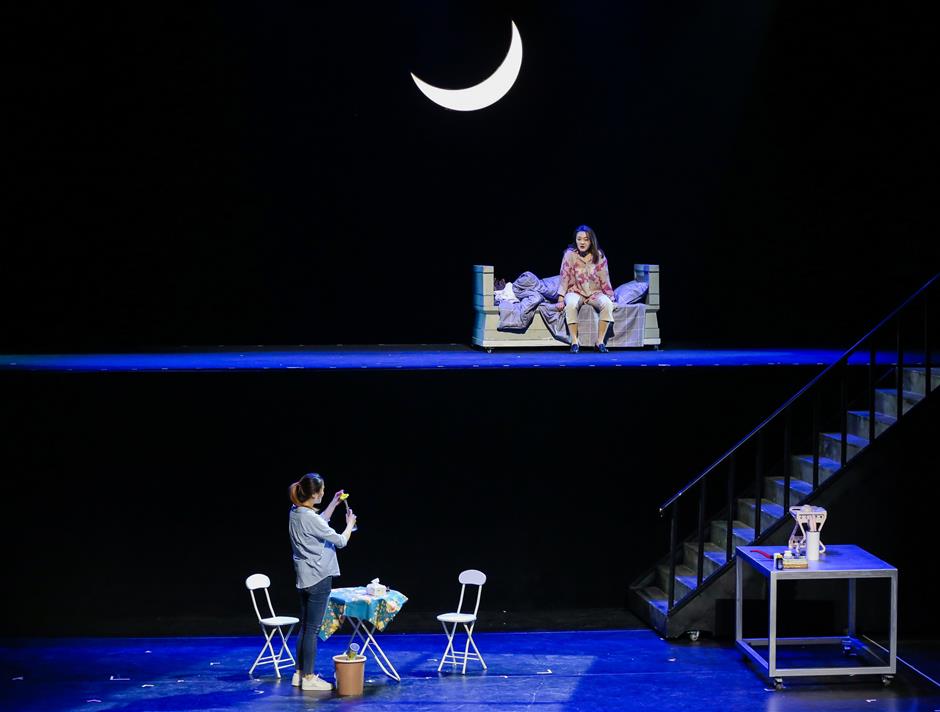 The musical “Where Are You” is about the generation gap. 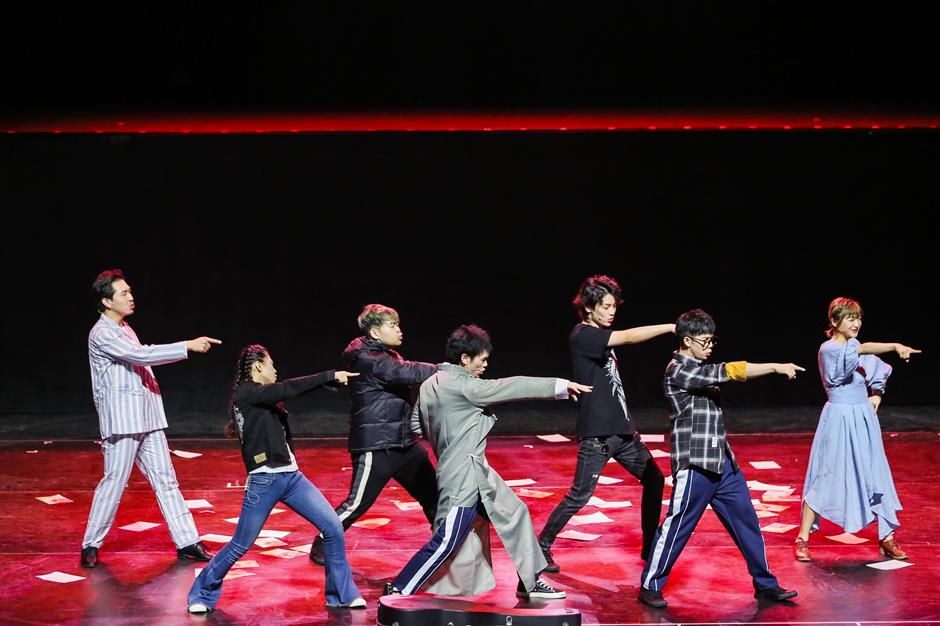 “South Wall Plan” centers on a son who likes rock music and refuses to follow his father’s footsteps into traditional opera.

Each of the four works staged a 45-minute performance at Theater Above last weekend.

“I’m very happy to see that all the four musicals have a very practical theme and story,” said project panel member Tao Xin, a professor at the Shanghai Conservatory of Music. “The creators drew on material from daily life and even their own experiences.”

“Where Are You” is about the generational misunderstandings and eventual reconciliation of a daughter, mother and grandmother.

“South Wall Plan” tells the story of a son who likes rock music and refuses to follow his father’s footsteps into a traditional opera career.

“Two People’s City” is a story set in Wuhan during the coronavirus outbreak there.

“Unable to Access” is a suspense story exploring online violence.

“Online violence is a good topic, but the script was in a mess when I first read it,” said director and composer Fan Chong, who was the project mentor for the musical.

The script was rewritten three times, and the ending still needs some adjustment, he said. 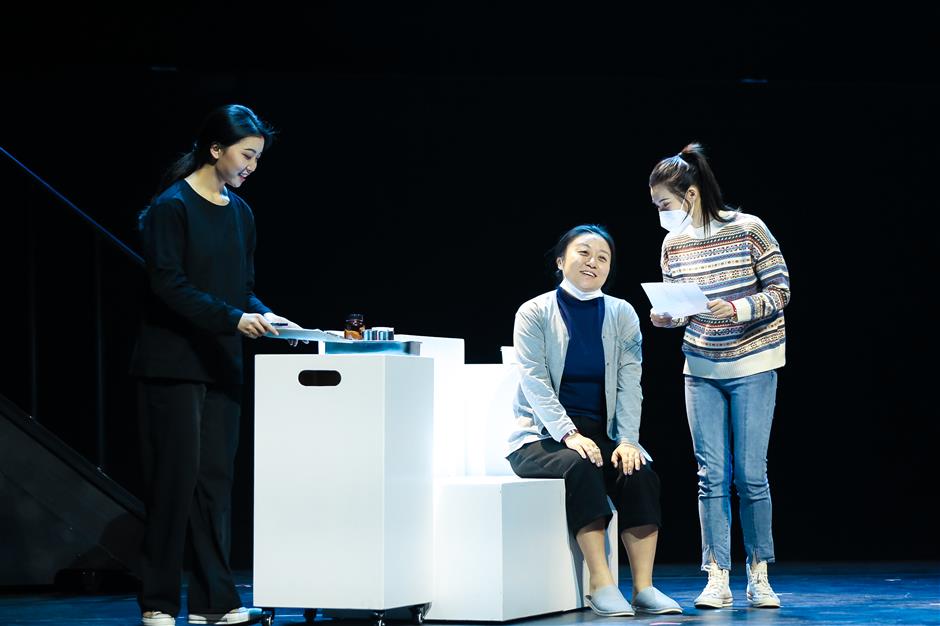 “Two People’s City” is a story set in Wuhan during the coronavirus outbreak. 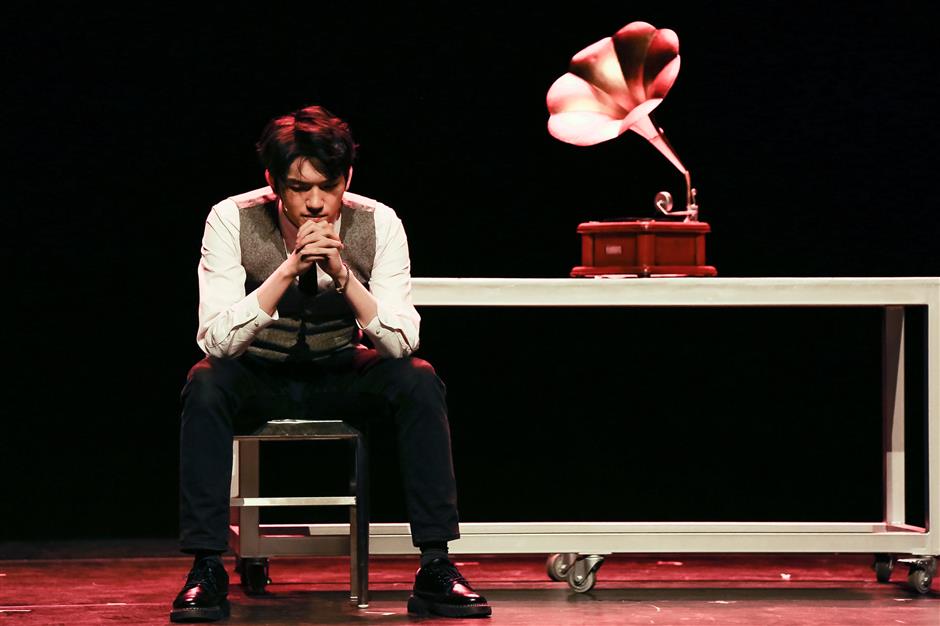 “Unable to Access” is a suspense story exploring online violence.

“If the ending can be well designed, ‘Unable to Access’ will become a decent and enduring story,” he said. “There have been a lot of disagreements between me and the creators, but I think that kind of brainstorming can lead to a really good work.”

Creators of the four musicals are currently in talks with potential investors and producers who showed interest after watching the performances. Still, it could take another one to two years for any successful production comes to market.

Going back a year, the music cultivation project of the 2019 musical festival is already bearing fruit.

Three musical finalists — “Draw Lots,” “Sorry I Forgot” and “Southern Tang Emperor” — are in the final process of commercial production and could be performed before theater audiences next year.