Famous Kunqu Opera “Six Chapters of A Floating Life” has had a major makeover for its upcoming dates at the Shanghai Grand Theater.

Based on the autobiographical narrative of scholar Shen Fu (1763-1825), the opera was a great success when it first debuted in July of 2019. SGT, the opera’s producer, wants to build on that success for the January 15 and 16 shows, with exquisite costumes and elaborate sets, alongside a more condensed narrative.

“Six Chapters of A Floating Life” captures the imagination of what life was like for families 200 years ago, as Shen shares both the joys of his marriage and sorrows of losing his wife Yun, who was beautiful, outgoing and artistically creative in housekeeping.

Set in Suzhou, Shen’s birthplace, the couple open a door into the fun and sweetness of a happy married life, which director Ma Junfeng believes is appealing to many in today’s fast-paced society.

Luo Zhou, who just turns 40 this year, wrote the libretto. Her credits include romantic Kunqu Opera “Blossoms On A Spring Moonlit Night” and a delicate Kunqu Opera version of Shakespeare’s classic romance “Romeo and Juliet,” both widely acclaimed by critics.

Different from the original text in the book, which mainly follows Shen and Yun’s daily routine, Luo hopes to explore and present something new in the performance.

“The power of words and love is beyond death,” Luo said. “I want to show people that death is not the end of love and a relationship.”

The upgraded version not only condenses the original play into around 100 minutes, but also incorporates fantasy and modern elements into its stage design and effects. In many of the acts, Yun comes back to life and interacts with Shen. 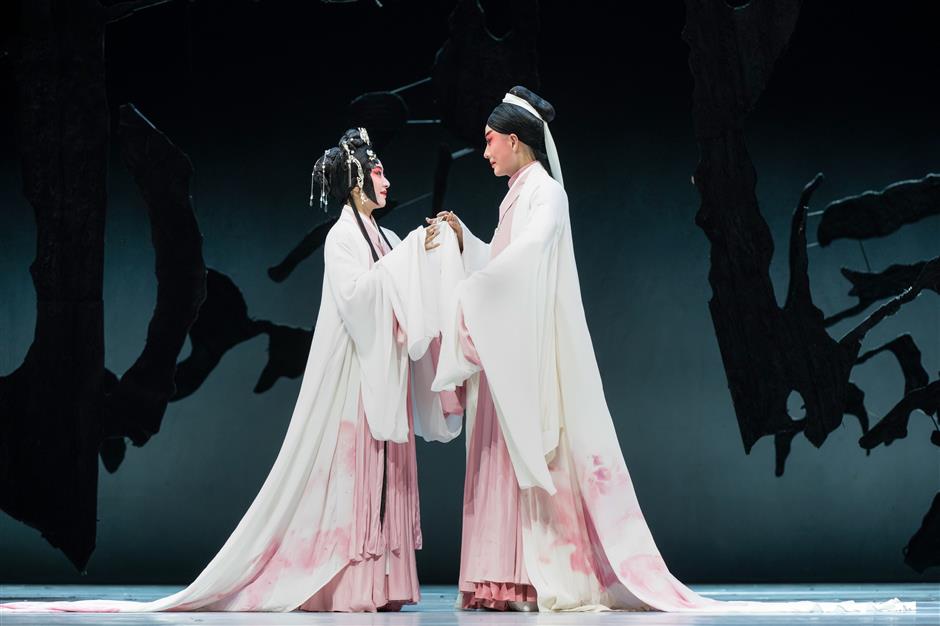 “With a more condensed storyline, the play only has six characters on stage, which requires us to have a better understanding and grasp of the role being cast,” said Shi, a Shanghai Magnolia Stage Performance Award winner.

Shan Wen, winner of the coveted national Plum Blossom Prize, goes on to star as Lady Yun in the play. It is her first stage show after giving birth to her first child. Shan said she has a new understanding of her character’s emotions and experiences, as she is a mother now.

Famous Taiwan fashion designer Lai Hsuan-wu, known for his costumes in the film “Flying Swords of Dragon Gate,” comes up with some new wardrobe ideas for the play, taking inspiration from the boundaries of reality and dream. The costumes, with different layers and colors, symbolize the different times of the day, from dawn to a misty night.

It took the Shanghai Grand Theater two years to create the Kunqu Opera adaptation of the Shen Fu’s literature classic.

Commercial spin-offs, such as tea sets, fans and handbags, have been developed. The opera is expected to go on a nationwide tour in the near future.