Shot in an improvised style, “Breathless” is a major work of French New Wave. Inspired by an American film noir, the movie is about a thief who fails to run away to Italy after impulsively murdering a motorcycle policeman. Godard won the Best Director Award at the 10th Berlin International Film Festival for the movie. The film, which has been shown several times at the Shanghai International Film Festival, will be presented in its latest 4K restored version.

“A Woman Is a Woman” is centered on a dancer who is desperate to be a mother. However, her boyfriend refuses her and suggests his best friend gets her pregnant. Anna Karina, Godard’s ex-wife, received the Best Actress Award at the 11th Berlin International Film Festival for her impressive acting in the movie.

Karina also stars in “My Life to Live,” a film about a woman’s tragic life as a prostitute. The film, inspired by the silent movie “Pandora’s Box,” boasts a creative cinematography of 12 chapters of storytelling.

Adapted from the French writer and philosopher Denis Diderot’s novel of the same name, “The Nun” is director Rivette’s first color film. Set in the 18th century France, the movie follows Suzanne, whose life changes after she is forced against her will to become a nun.

“Out 1,” with a 13-hour-epic, is based on French novelist Honoré de Balzac’s work “The Thirteen.” Set in a period after the May 1968 civil unrest in France, the film portrays the vivid lives and emotions of Paris intellectuals of that time. The film used to be shown in a 5-hour version. It is a rare chance for local movie buffs to watch its complete version. 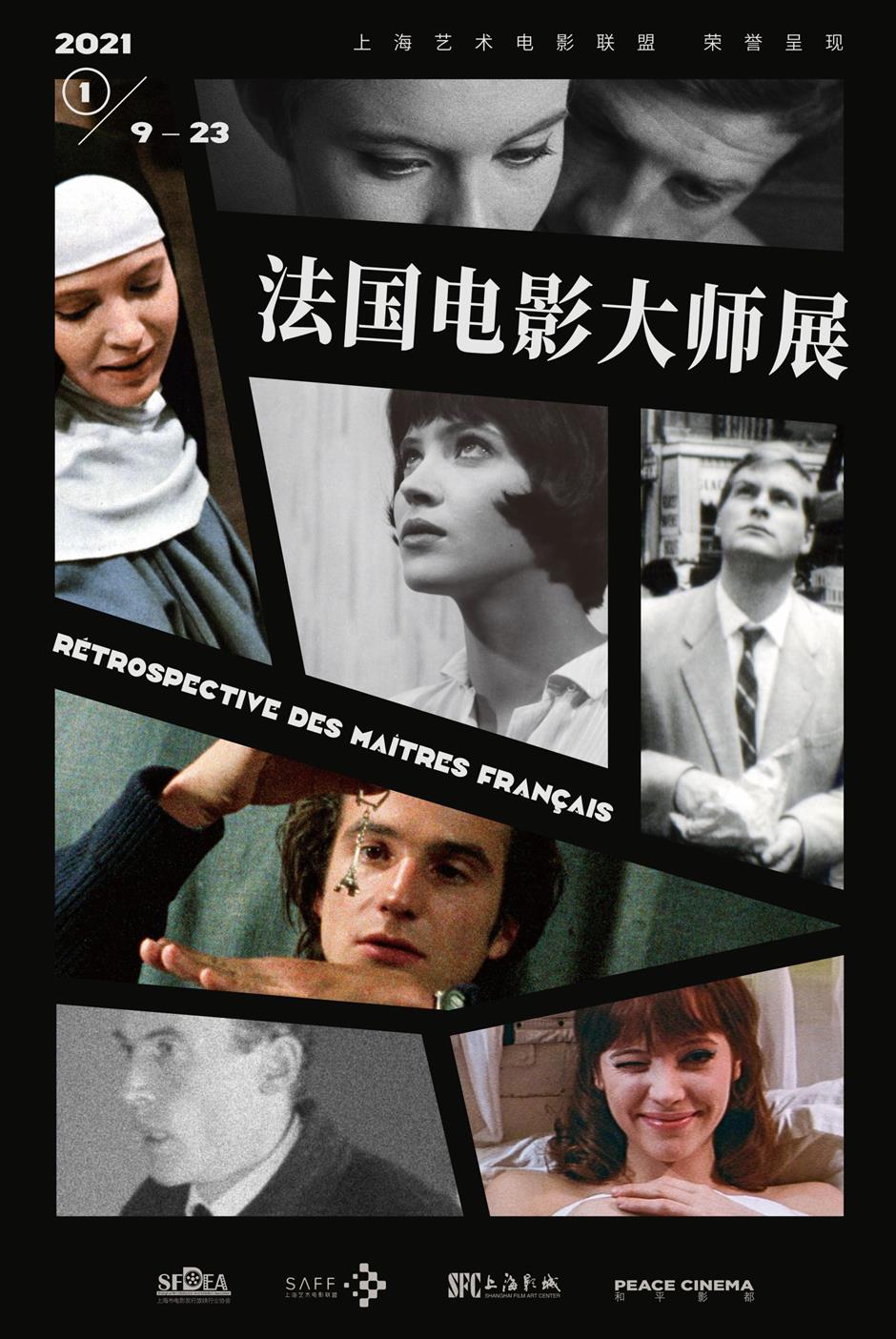 The film magazine “Cahiers du Cinéma” launched the French New Wave in the 1950s and 60s, which was an influential film movement in cinema history.

Most of the films have creative plots and cinematography. Some of “The Kreutzer Sonata” scenes were shot at the “Cahiers du Cinema” office. Valuable sequences of renowned French film critic Andre Bazin, the founding father of the French movie magazine “Cahiers du Cinéma,” were also included in the film.

Established in the 1950s, “Cahiers du Cinéma” gathered several movie critics and launched the French New Wave in the 1950s and 60s, which was an influential film movement in cinema history.

Over the past few months, Shanghai Art Film Federation has successfully hosted a number of film exhibitions of varied themes, and officials confirmed they would continue to organize high-level film screenings and exchanges throughout this year.