“The Nutcracker” has been one of the classic ballet theaters generally present around the turn of the year — and this is no different.

Suzhou Ballet’s version, which was created in 2013, keeps Tchaikovsky’s classic music, but has developed a brand-new story plot.

In this version, the mouse, which usually appears as a negative character in the ballet, takes the lead of Mary.

Together with Drosselmeyer, the nutcracker soldier and snow Barbie princess, they fight against the cats and start a journey to the Land of Sweet. 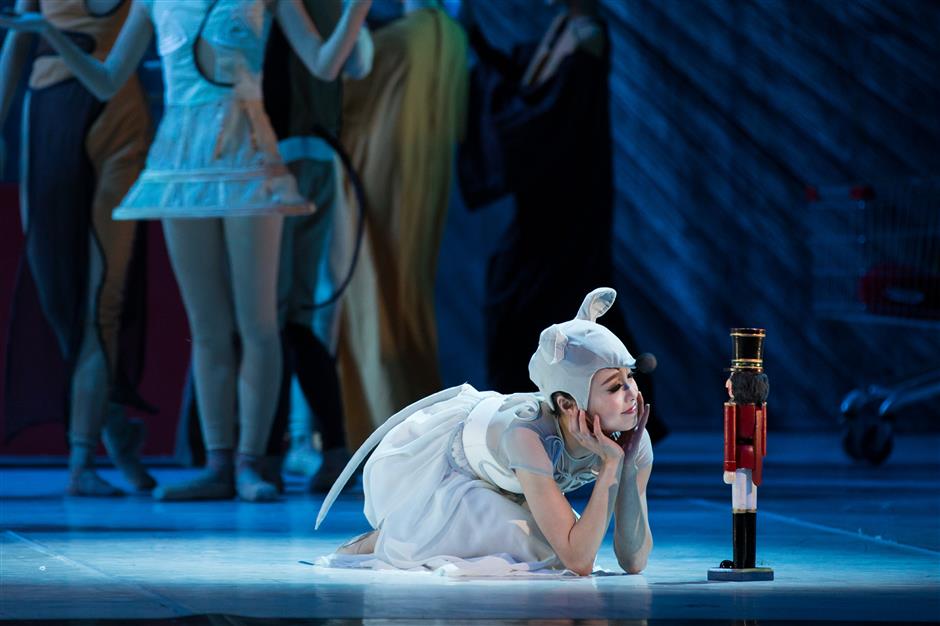 The mouse, which usually appears as a negative character in the ballet, takes the lead of Mary.

Li Ying, Suzhou Ballet Theater’s artistic director, said she was inspired by her son before working on the adaptation of “The Nutcracker.”

“My son once asked me why the mouse plays a negative role in the story, which reminded me that there are quite a lot of ‘positive’ images of mice, including Mickey Mouse and those in Chinese cartoons,” said Li.

Shanghai Oriental Art Center is presenting Suzhou Ballet’s “The Nutcracker” as a farewell to the Year of the Mouse on the Chinese lunar calendar.