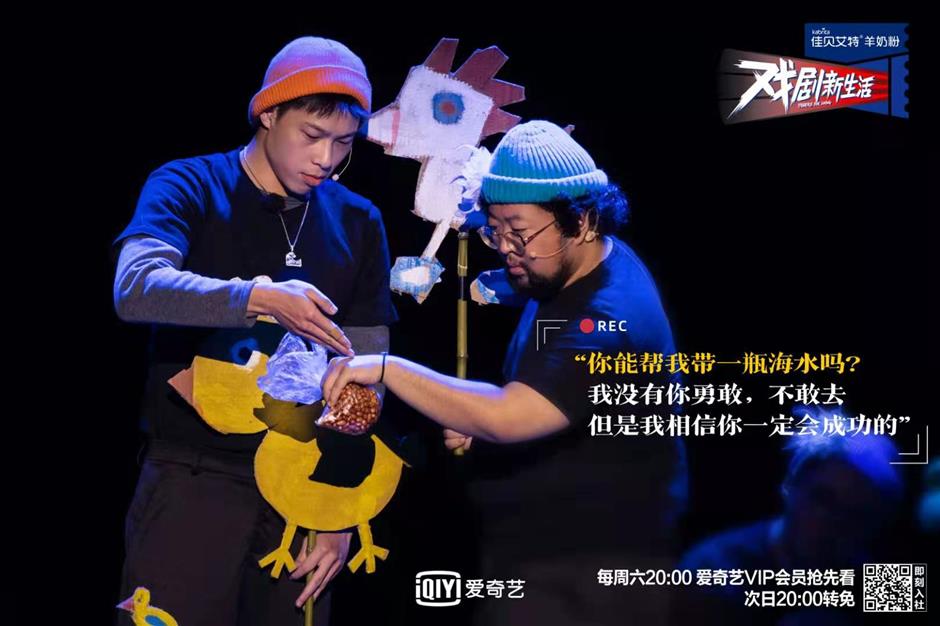 Streaming platform iQiyi’s new reality show “Theater for Living” has been hailed a roaring success by the mainstream media and netizens. China’s film and review website Douban rated the show 9.2 out of 10, making it the first domestic variety show to top 9.0 in 2021.

First aired on January 16, the show reveals how a drama production is created and presented from early incubation, preparation to rehearsals.

Viewers were impressed by the stories behind the scene, the theater artists’ sincerity, passion and endless love for stage.

In the show, the group has to overcome a shortage of funds and look for an investment to support their ideas. Furthermore, they have to find an appropriate venue for the drama’s debut show and promote its marketing.

Netizen “Dr. Ray” said the show “provided an insight into a real theatrical creation that is joyful and painful. It makes theater art more accessible to ordinary people.”

Many viewers were touched by the theater artists’ perseverance and hailed their lonely, tough and low-paying profession.

Netizen “Mengde Suoqiu,” who says he is a college student with a great enthusiasm for theater, revealed he has dabbled in the theater arts as a scriptwriter, director and actor.

“I have been moved to tears seeing how these lovely, brave and versatile people are devoted to the development of theater in China,” he said. “I hope that one day I will have the same courage and expertise to pursue my dream.”

iQiyi is dedicated to a variety of programs in the future and are already proud of producing shows about youth culture, sports, music and surfing. But the show’s producers are aware that in an era of so many entertainment alternatives, they still need to arouse young people’s interest in the age-old theater arts and nurture younger generations of artists and their audience, and that remains their mission.

“Theater for Living” is updated on iQiyi at 8pm weekly on Saturdays.