The Shanghai Oriental Art Center and Shanghai People’s Farce Co will co-present hilarious galas to celebrate the Lantern Festival, which falls on February 26, this year.

The galas, to be held on the evenings of February 26 and 27, will feature diverse forms of acts by famous local comedians such as Wang Rugang, Chen Guoqing, Qian Yi and Pan Qianwei.

They will present both traditional and new original farce excerpts to display the charm of the city and its people.

Originated in Shanghai in the early 20th century, the performing art blends multiple elements of monologue, dialogue, improvisation, mime and traditional opera. It was included on the list of the nation’s intangible cultural heritage in 2011.

According to farce artist Wang Rugang, attending a Shanghai farce show used to be a tradition for the elder generations of local people to celebrate the Chinese New Year. He said it is important to preserve and promote the Shanghai dialect and farce art among youngsters. 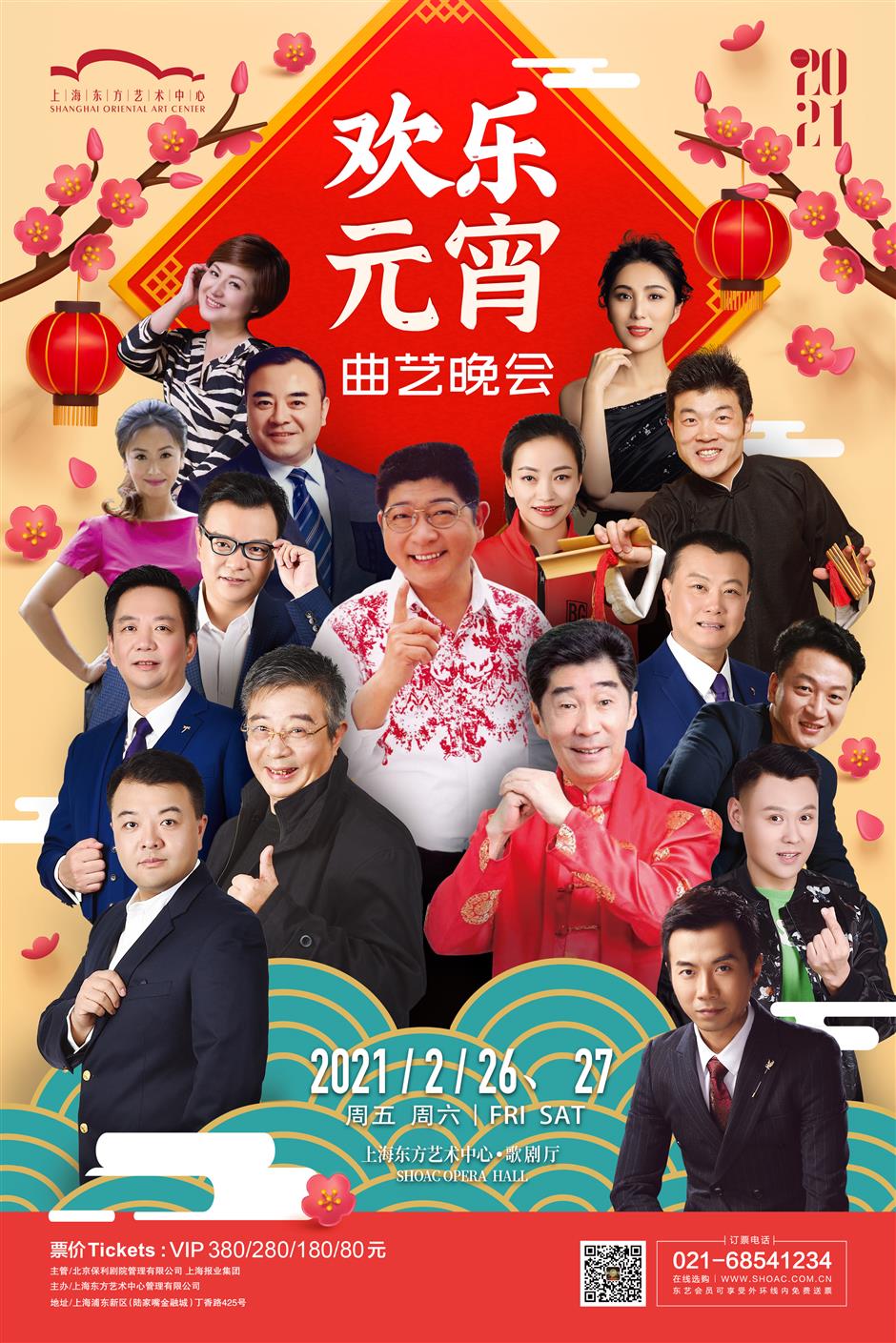